Daredevil: The WOMAN Without Fear 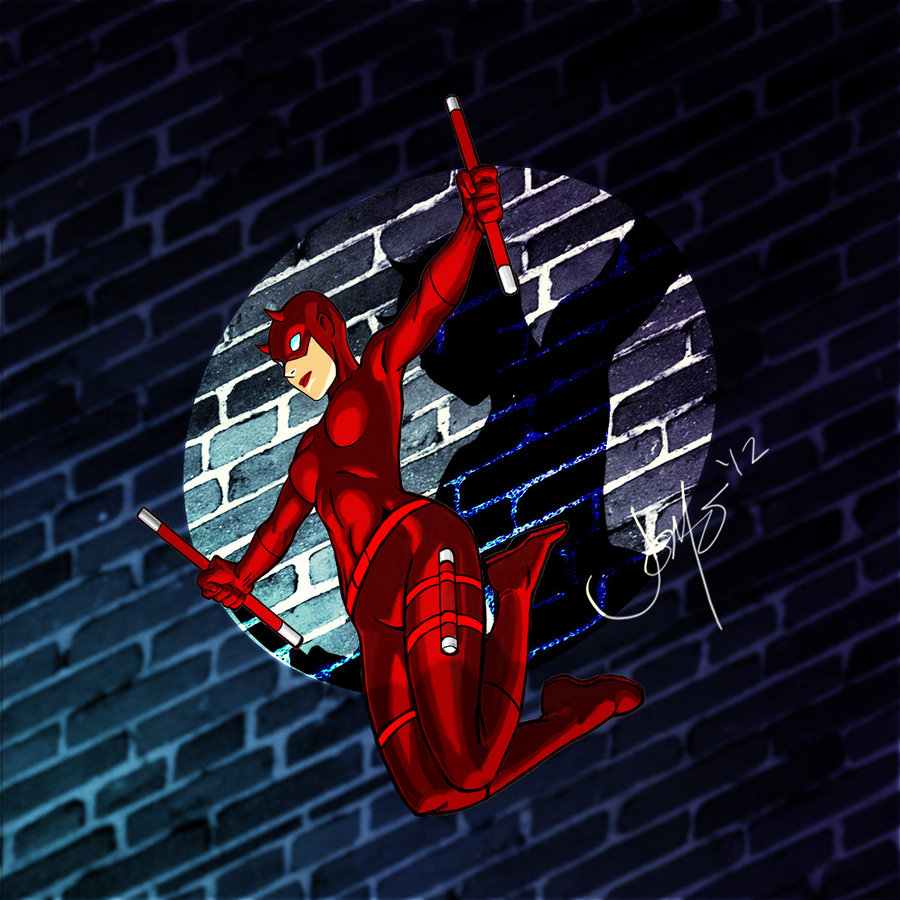 I’ve always been a huge Daredevil fan. Well, I actually started reading DD when Brian Michael Bendis took over as writer. I stayed on the book all the way through Ed Brubakers run and Andy Diggle’s. I even went back and picked up the Frank Millers Omnibus’ and the other stuff by Kevin Smith and David Mack. What I loved about the book, was that it almost felt like an INDY book as Daredevil stayed within his own world and never really being involved in the Marvel events that have plagued us for the last several years. Daredevil to me was about a vigilante who tried to live a normal life and be a hero all at the same time. Throw in some crime noir, dark mysteries, relationship struggles, and some dark gritty art and you got yourself some darn good reading. Personally, I’ve always preferred the darker comics as I felt they were more realistic. Yeah, books like Amazing Spider-Man and Fantastic Four are great traditional comics. But sometimes life can be dark, and giving us a series that shows that, makes it more realistic and relatable. Isn’t that why the Dark Knight Trilogy worked? 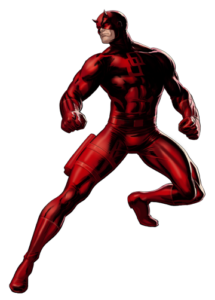 As an inspired writer, I can appreciate how the following creative team on DD that takes over, respectfully continues the previous team’s work. By doing this, it provides us, the reader, with a nice transitional flow. With all that being said, I can honestly say that I am not currently enjoying DD like a lot of others are. Mark Waid is currently the writer and he’s been using artist such as Paolo Rivera, Marcos Martin, Khoi Pham, and various others. I strongly don’t feel that the book has retained its dark, gritty, noir aspect with the art or the writing. I understand change is necessary but what was needed here was a transitional storyline. Bendis, Brubaker, and Diggle took Daredevil on a dark journey. Diggle left DD at his lowest point ever! And then Waid comes on and we now have a brighter book than what we are normally used to. I’m not bashing anyone here, I’m just saying, I would have done things very differently, so let’s talk about it!

SPOILERS. So let’s take a look at what was going on before Waid jumps on as writer before I put in my two cents. Matt Murdock, Daredevil, quits being Daredevil and runs to Mexico. This is a similar concept we’ve seen in Moon Knight: Down South by Mike Benson and Scarlet Spider by Chris Yost. Daredevil was running the Hand, he snapped and killed Bullseye, and fought the heroes of New York. The reasoning for all of this, was because he was demon possessed by the Beast that the Hand worships. This seems more like an editorial excuse more than an actual explanation, especially when we never saw DD get possessed and hints weren’t dropped until the end. I would have made this an actual mental breakdown for Matt Murdock. Mental health issues is a big part of reality and a lot of people suffer from it. Depression, suicidal thoughts and even stress can lead or be a huge part of mental health issues. With the way Matt’s life has played out, it would make sense for a hero to actually have a mental breakdown. So it would make more sense for him to have a mental breakdown and run away from being Daredevil. But you can’t have Hell’s Kitchen without a protector, especially with the Shadowland compound being there, Hand ninjas everywhere, and no true Kingpin. Yes, I said no “TRUE” Kingpin. If you remember in Brubaker’s run, Wilson Fisk lost his American citizenship, so he’s either on a visa or secretly here trying to regain power and control.

So who better to take over for Daredevil? What we were given was Black Panther: The Most Dangerous Man Alive by David Liss. I’m not bashing his run at all, I just don’t know when Matt and Ta’Challa became close enough to trust each other. Plus, we still need a Daredevil. During Civil War, Iron Fist took over as Daredevil and it wasn’t all that bad. So that’s an idea I wouldn’t be against. But how about a female Daredevil, someone close to Matt? How about Maya Lopez, Echo and once known as Ronin, take over Hell’s Kitchen as Daredevil: The Woman Without Fear? Put on Greg Rucka, who excels at writing female characters, and put on Mike Deodato Jr. as the artist. Deodato’s art has such a dark feel that it would make Daredevil a beautiful book.

So why Maya Lopez? Why a deaf, female character who has been basically forgotten from the Marvel Universe. Well….why not? Female lead series at Marvel don’t seem to last long. Elektra. Ms. Marvel. Spider-Woman. Black Panther. X-23. These are just a few books that have tried and tried again only to be cut short. Maya is a character with such potential that giving her the spotlight and the responsibilities of taking over for a hero, just screams awesome! In New Avengers vol. 1 #34, Doctor Strange casts a spell in which the true spiritual nature of an individual will show a visual projection. When it comes to Maya we see her dress as Daredevil as she says, “He is why I do what I do.” And on the cover she’s shown in a Daredevil uniform. Maya has even taken over Daredevil in her own arc titled, Vision Quest, where she takes center stage instead of Matt, who’s barely in it. So it seems like a great set up. Also, just look at Maya’s past and her connections to others. She dated Matt Murdock and has been shown to stand her own against him. Her father was killed by Wilson Fisk who then adopted her and kept the passing of her father a secret until she discovered it on her own. Wolverine was shown to know her father and even played a mentor to her. Daredevil and Captain America recruited Maya to investigate the Silver Samurai in Japan in the disguise as Ronin. Then she rejoined with the New Avengers in Luke Cage’s anti-registration team. She gets killed by the Skrull Elektra, only to be resurrected by the Hand. She fights against the Hulk and his Warbound during WWH. She aids the Avengers and Invaders against D’Spayre during their team crossover. And while on the team she started up a relationship with Hawkeye. It was around this time that we stopped seeing the character after she fought the Skrull Queen during Secret Invasion. What I always found curious, was that the heroes didn’t even look for her. She could have been injured in the Savage Land. She could have been killed with her body not laid to rest. She just vanishes and we don’t see her for a long time. 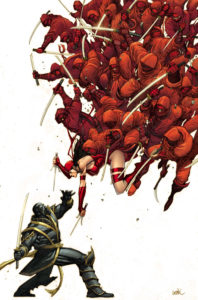 This is when I would have her fill in for Matt as DD. I think it’s a great opportunity for a character like Maya to step up and be the hero she can be. With all of her ties to a lot of main characters, it’s already set up. Even when you look at the supporting cast that is left for her; Ben Urich, Foggy Nelson, Detective Alex Kurtz, Black Tarantula, White Tiger, Wilson Fisk, the Hand, Becky Blake, Typhoid Mary, Dakota North, Lady Bullseye and others.

But instead, we got Mark Waid on DD with a lighter tone. And Echo showed up during Bendis’ Moon Knight run where they were in LA and she was killed AGAIN by Count Nefaria. Such a wasted character. Oh, and what would I do with Matt Murdock, a man now with a mental illness? Well, let’s save that for another article. Hope you enjoyed it!

Leave a Reply to What If? Cable and X-Force | Marvel 616 Politics