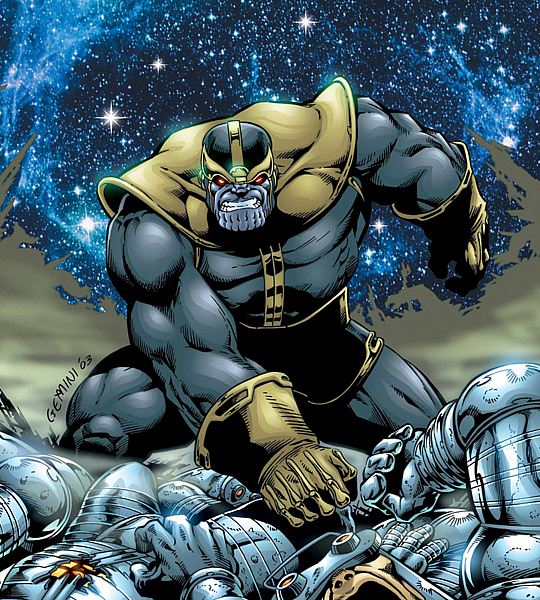 Yes, you read it correctly.

To think about a certain situation from a reader’s point of view is one thing, but to actually step into the created character created is a whole different animal all together. Thanos, The Mad Titan, is not a fighter. He’s a lover. What, you say! Bear with me. His mother was a psychopath, his father was never there, and his brother was the “star athlete” who got all the attention. Do you really think he destroyed countless lives, planets, and an entire universe just because he was mad?

Born on Titan, a moon of Saturn, his mother tried to kill him as soon as he was born and therefore was sent to an insane asylum for her actions. Born with the deviant gene, Thanos was set apart from the other kids due to his odd colored skin and perhaps his already genius intellect. Someone with such great oddities, which makes them standout, wants to fit in; to be accepted. He never received love from either parent and seemed to need acceptance. So at times he lashed out. Once the entity Death came along, as a guise at first, he longed for such a friend and counterpart eventually turning those friendly emotions into those of love. 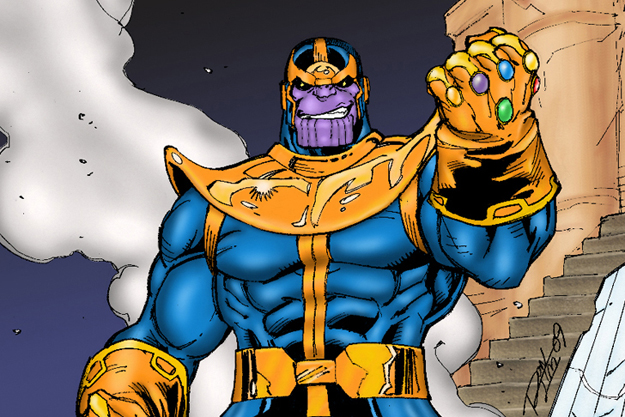 Ok, yes he DID kill end countless lives with the flick of a wrist, but was it all in vane? I’d like to think not. Thanos did these actions to gain the love of Death. Have you not done numerous things to impress a girl or guy? Wore certain clothes, exhausted specific behaviors actions, stole, or even lied? Now imagine if you had limitless intelligence, power, technology and resources. Wouldn’t you think those “human” antics would multiply substantially? You wouldn’t care what you did as long as you did what was right in your own eyes to be accepted by her or him—to have the same feelings returned to you that as you were sending out. 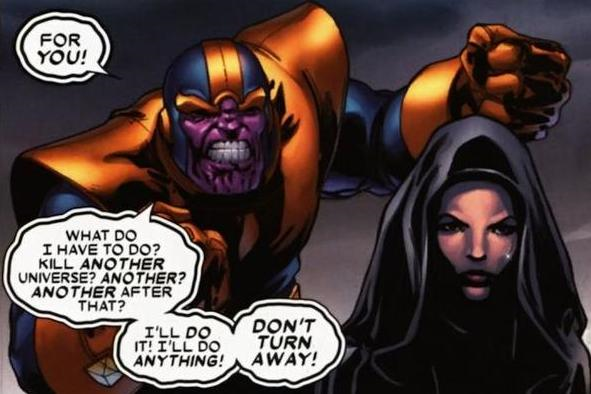 Thanos has done most of these “evil” deeds due to someone telling him to do just that. Having no mother, wouldn’t you think that Death (represented as a female) would start to take on a motherly figure in his subconscious? Remember he had no mother as an adolescent. So just imagine Death as a mother figure, if you will. “Thanos, destroy all life on your home planet, and we shall be together.” Kind of sounds like a mom telling—or should I say, bribing—her son to “eat his veggies, and he can have dessert.” Be a good boy and you‘ll get what you want. Sound familiar? Same thing applies here as in my example. the previous statement. Now, imagine these human notions amplified to that of a god-like state. Are those “evil” things are more prone to happen by choice or by accident? But what is evil?

The Mad Titan said it best. “Evil is what we perceive as self-serving.” So doing all these countless horrible deeds to impress or show love for Death, may have just been Thanos’ self-serving in a way to fill the void of love left by his mother. Love is powerful. They say love conquers all. Whether it would be to conquer someone’s heart, a planet, the love of a mother, or even…….an ENTIRE UNIVERSE.