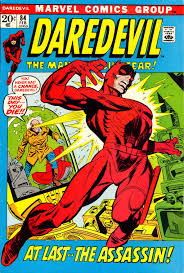 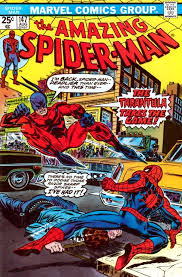 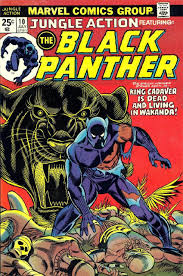 A Short from Kevin McVicker

I am not attempting to brag.

Okay, maybe a little, but that’s not the main point.

Growing up I was lucky enough to get my dad and uncle’s collection of comics.

They technically belonged to my brother and I, but since he was busy not breaking his Transformers (unlike me), I was generally the one engrossed and engaged in these classic Silver Age tales. The series that my dad had the most comics of happened to Amazing Spider-Man, but I also had Iron Man, Avengers, Captain America and the Falcon, and a few Strange Tales. He had a particular run from Amazing Spider-Man only missing three issues from 90 to 103. These are my favorite comics of all time.

I was reading these comics before I could read, flipping through the pages and gawking at the breath-taking artwork by Gil Kane. Even to this day I consider him one of the greatest artists to every grace sequentials. He so expertly told the stories that even though I couldn’t read I still knew what was going on in each issue. When I began to read, these were some of the first books I read all the way through. Interesting side note, it was Stan Lee and Dr Suess whose books taught me to read, and both men happened to work together during World War II writing training films.I remember lying on my stomach in my bed and flipping through each of the comics. I remember running to my parents and exclaiming that for less than a dollar I could join the M.M.M.S. It was explained to me that the ad was almost twenty years old at the time and that it was probably no longer valid. So too were the ads for the Marvel t-shirts and drawing lessons. This is still a touchy subject for me.

When I was old enough that I could read these issues I had already memorized the artwork and was astounded by how accurately I had crafted the stories in my own mind. I read the death of Captain Stacy, the first issues by Marvel without the Comic Code of Approval since it was instituted, and the origin of Morbius with great intrigue still not understand the importance of the issues I held in my hands.

Of that arc of comics though, my favorite story line is the one covered from issues 100 to 102. These issues were written by Stan Lee and Roy Thomas and drawn by Gil Kane. To this day, Issue 101 is one of my favorite covers of Spider-Man’s entire run. The story line follows from issue 100 as Peter Parker is attempting to rid himself of his great power and great responsibility. Up until this point in the last ten issues, he had failed Captain Stacy and felt responsible for his death, he was hounded by Ice Man for this (who was also flirting with his girl friend), and he felt he failed his best friend, Harry, who had a drug overdose. Peter calculates the risk and the formula and drinks it down. At the end of issue 100, instead of losing his powers he gains four extra arms. The next issues follows as Spider-Man is now searching for Doctor Curt Connors to rid himself of these extra limbs. At the same time on a vessel in the ocean, Michael Morbius conducts experiments involving vampire bats which lead to him be transformed into the vampiric anti-hero Morbius. Morbius in a fit of fury leaves the vessel and eventually comes into conflict with Spider-Man and Dr Connors as they work on a cure. Connors reverts back into the Lizard and the three men start to battle. Eventually Connor’s mind takes back control and they are able to formulate a cure for Spider-Man’s extra arms, but not for Morbius and he flies off into the night.

As a kid reading, this is the first real story arc I remember. It was taking connections from previous issues, but because the fighting was happening over multiple issues it felt epic and grand to me. This was my first taste of continuity. Also around the same time as a kid I became fascinated with monsters, especially the old Universal monster movies with Karloff, Lugosi, and Chaney Jr, so to see Spider-Man fight basically a Dracula type figure was extremely cool for me as a kid. Also, as I’ve pointed out, in similar fashion to the unique vantage points Jack Kirby would find, Gil Kane had an impeccable vision when bringing these characters to life. The way he would cast a shadow or throw a character’s hand gave these issues of Spider-Man a uniquely horror feel. Sadly these issues are still not available on Comixology, or if they were at one point they currently are not. I’m hoping they will be released with the next Spider-Man film. You can still get them in many trade collections including Marvel Masterworks: The Amazing Spider-Man vol 11. My single issues are far from mint condition, but worth more than you can pay.