Welcome to the first article in our latest column – Differing Dimensions! Every other week, we’ll explore those alternate universe and realities OUTSIDE of the 616 Universe! How do they tie into the 616? Will Marvel revisit these places? Why are they so important or NOT important? 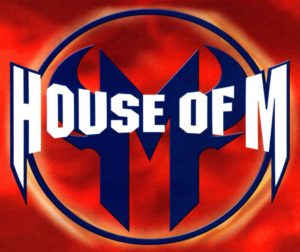 Wait. What Happened? Okay brace yourself – this can get kind of dark. Essentially Scarlet Witch had a bit of a mental breakdown after the loss of some very important loved ones (her children), and pretty much goes crazy. Wanda decides to use her powers on a completely new degree and literally alter reality, thus creating the House of M, a world where mutants (Magneto) rule supreme.

Tell Me About This “New Reality” This new reality was another concept from alternate reality brain child Brian Michael Bendis. In this new world, mutants are the rich, the powerful, the corrupt, and the racists. Basically, the complete opposite of the 616 Universe where mutants are the ones who are hated, feared, and oppressed. Steve Rogers is an old man who was never frozen, but simply retired from being a soldier once SHIELD became a new organization run by mutants, which of course is another big change. Wolverine has all of his memories which became one of the dumbest things Marvel ever did, making the Wolverine character even less tolerable. Hawkeye is somehow brought back to life (but later killed again), and Peter Parker is married to Gwen Stacy, and Ben Parker and Captain Stacy (and Gwen for that matter) are all still alive. Carol Danvers is Captain Marvel…yeah scratch that. This reality was chosen as the first article because it is perfect for long time readers, new readers, or even the movie watching comic lovers (those are people that don’t even read the comics but think they know comic book lore from seeing movies). 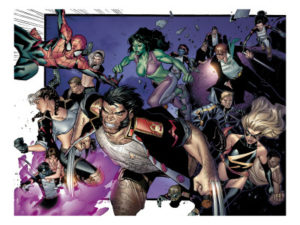 Haters Gonna Hate The series was generally well received with Marvel fans pleased that a big event was actually worth reading, but as per all modern era events, the tie-ins were much better. One of the bigger gripes comes from the Spider-Man House of M tie-in ending which doesn’t fit with the House of M event series at all. But Captain America #10, Black Panther #7, and Incredible Hulk #83 ensured no one would care that Spidey didn’t fit with continuity of things, this is comic books after all; they mess up continuity all the time! 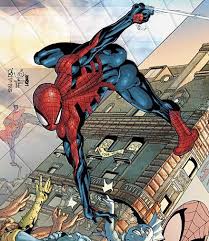 I Love the Way You Lie One of the things I loved the most out of this series was Parker having dreams/nightmares of things that had actually happened to him. Even in the perfect world, Parker still feels guilty for his happiness. Another thing I liked was how Magneto was not the main villain by the end of the story, it was in fact Quicksilver, a twist I don’t think anyone actually saw coming. As with all events Marvel always promises a big change to the status-quo but rarely delivers. This one however had a huge impact over the next few years and made the X-Men a must read title once again.

We Have to Go Back! Eh, not this time Jack. This reality was perfect for the event but it would make little sense for Wanda to take us back to House of M. It would seem clichéd and over used, unlike the Age of Apocalypse where this world continues to exist and even brought with it characters into the 616 and changed some 616 continuity, this reality fit with the story at hand and that is that.

The Pay-Off Where do I even begin? I can’t remember the last time a Marvel Event had so many big things happen from such an event. Scarlet Witch utters the lines “No More Mutants” and all of a sudden 98 percent of the mutant population either vanish or become de-powered. Yes. That really did happen! Mutants went from millions to 198 (yes I know there were more, but initially there were only 198) over night! Every single person retained the memories from the events for better or for worse, since then nearly all mutants de-powered have gotten their powers back in an almost too HEROES way. One of the best things that happened as a result of House of M was the resurrection of Hawkeye, one of the best resurrections I have seen in a long time. It didn’t need to be said, it didn’t even need to be explained, it is just common knowledge that no one really knows how powerful Wanda really can be, especially with Xavier powering her mind. It also saw the return of Onslaught, but that is a different conversation for another time.