If It Was A Movie: Dr. Strange 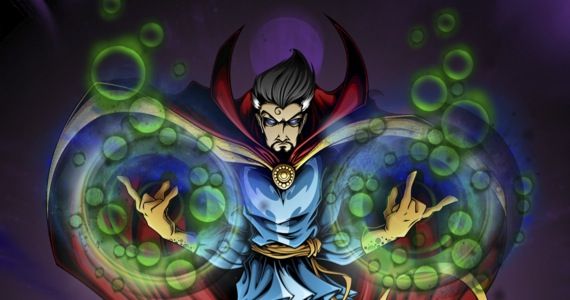 As an introduction to this series, let me start by saying I loved Wizard Magazine as a kid. My favorite section was the Casting Call articles they did. They would stir up so much controversy between my friends and I as we argued whether or not Tia Carrere was the right choice for Psylocke. Now as those movies only dreamed about in Wizard Magazine become a reality, it seems those days of day dreaming your perfect cast are over and the days of trolling over studios’ choices are here to stay. But let’s stop the hate and bring back the dream of If It Was A Movie…

The biggest name drop in recently has been Stephen Strange in Captain America: The Winter Soldier. With that in mind, and with the realization that Marvel Studio’s Phase 3 will most likely include him, let’s start the ball rolling with what I think is the dream cast. One thing is very important in my choices, and that is that apparently in the Marvel Cinematic Universe (MCU) Doctor Strange appears to already be established. With that in mind I’ve gone for adult casting choices over a youthful/edgy casting that may actually happen. So let us start some controversy! 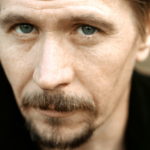 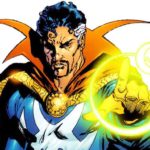 Look, Gary Oldman can act. If I need to cast the perfect tree for a film, I would cast him. Honestly, apart from Wong I think he could actually be the perfect cast for any of male roles in this film. He has proven in recent years (if he hadn’t already proven it to you) he can really play any role handed to him. I think he would play a great Sorcerer Supreme with a perfect touch of empathy and arrogance that is needed to sell the character. I have no doubt he could command your attention on the screen and sell the outrageous and fantasy laden world in the proper serious tone.

The Ancient One – Hal Yamanouchi 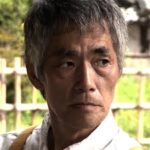 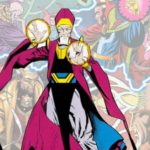 This wouldn’t be Hal Yamanouchi’s first Marvel film, but it would be his first inside the MCU. In The Wolverine he played the dying Yashida who eventually became the Silver Samurai. Although he is a fairly old man, Hal is still no stranger to action, Sci-Fi, Fantasy. He could perfectly play a frail looking old man, yet pull off any intense magical battle if the plot required. 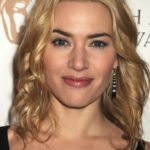 This was actually hard to figure out and probably where I may get the most heat. But hear me out first. Technically Clea appears human but is actually the niece of Dormammu, so throw some mumbo-jumbo about how they don’t age the same, okay. She is a beautiful woman, and although she’s actually less than forty she presents herself with a high level of maturity which makes her often appear much older than she is. For this role and to play the lover of a man who is old enough to be her father, this is pretty important. Sometime Clea is represented as older due to the silver hair, but often she is still shown as young and attractive. Her alongside Gary Oldman can bring some acting clout and help the viewer buy the world the movie is trying to sell. 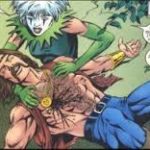 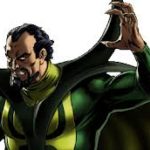 I’ll give you that the movie Constantine wasn’t any good, but if you didn’t get chills with Peter Stormare walked on screen as the evil incarnate Satan, you may not have a soul. Mordo is supposed to be from Eastern Europe, and we Americans are just stupid enough to buy Stormare’s Swedish accent as that. If nothing else, Gary Oldman can train Stormare in his Dracula voice. He may not be a visual approximation of the comic book character, but once he showed up oozing his evil charisma no one would care. 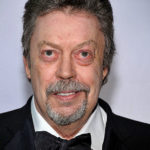 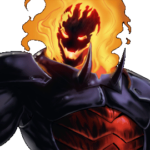 Tim Curry is one of the greatest character actors of all time. You would be truly shocked by what he has played. The trick with Dormammu is that he’ll be virtually all CGI, so I’m really thinking of Tim Curry as a voice actor. True, he commanded an awesome presence in Legend as the devil character, but more recently he has play Darth Sidius in the Star Wars: The Clone Wars series. This guy can act and honestly, like Gary Oldman, should be in every movie that comes out as far as I’m concerned. 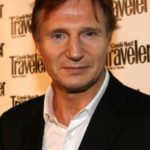 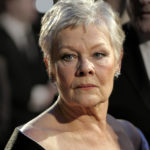 Vishanti the triumvirate of elder gods so when looking at who can play them it better be some divine actors. Liam Neeson is maybe too obvious of a choice given that Hoggoth often appears as a tiger, but he proved his ability to play divinity with Aslan in the Chronicles of Narnia so let him keep doing what he does. Dame Judi Dench commands attention and respect anytime she’s on screen, so Oshtur is an obvious choice for her to make a MCU appearance. And I just like Jeremy Irons and he has such a unique voice. The idea of these three actors/actress working together even if it just a voice over just seems like instant movie gold. 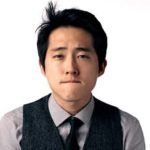 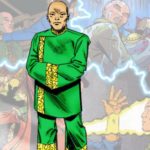 Yes, he is Korean and Wong is Chinese, so I get that’s a little racist. But if you’ve seen him in the Walking Dead, for such a young looking actor he has the ability to project discipline and loyalty that is essential for Wong. Also, most Americans are too stupid to realize the difference between Chinese and Korean. 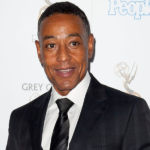 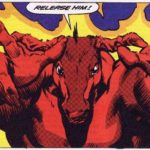 Yes, I want a giant green Minotaur on screen. And yes, I want him played by Gustavo Fring from Breaking Bad. First, it would be voice acting. Second, Rintrah always struck me as a hulking beast with an intelligent and soft spoken soul. Giancarlo Esposito has an accent that is often difficult to place, but also he has impeccable dictation which I think with just a few simple lines in a movie could completely define the character. I expect to see Rintrah take Loki and the Winter Soldier’s places on Tumblr. 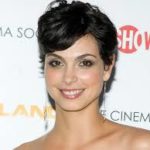 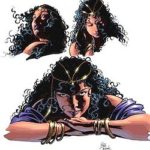 Yea, I just want Morena Baccarin in a MCU movie. This little known character could really be turned into anything needed for the film. And Morena is just a beautiful actress. Just let Joss Whedon drop by to rewrite her dialogue and everything will be good. 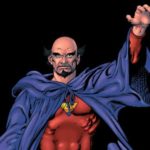 These next two are really for the sequel film, but let’s show them in the after credits scene to build up hype for Doctor Strange 2. Doctor Druid is a weird character to try to take seriously in comics and that would probably translate difficultly to screen, but I think that David Thewlis could pull of a quirky magic based hero. Like RDJ did with Iron Man, I think with the right freedom David Thewlis could define the character and give him a rebirth that even Bendis couldn’t grant him in the comics. 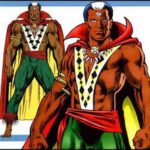 Lennie James is just another actor I want in the MCU. He has a furious intensity that again could redefine who we think Brother Voodoo can be in the comics. Whether it was his role which made Jericho tolerable, or his stints that were far too short on the Walking Dead, he’s an actor unlike many others that could turn this character into a potential spin-off property.

So that is my list for the Doctor Strange movie. Agree or Disagree? Let us know!