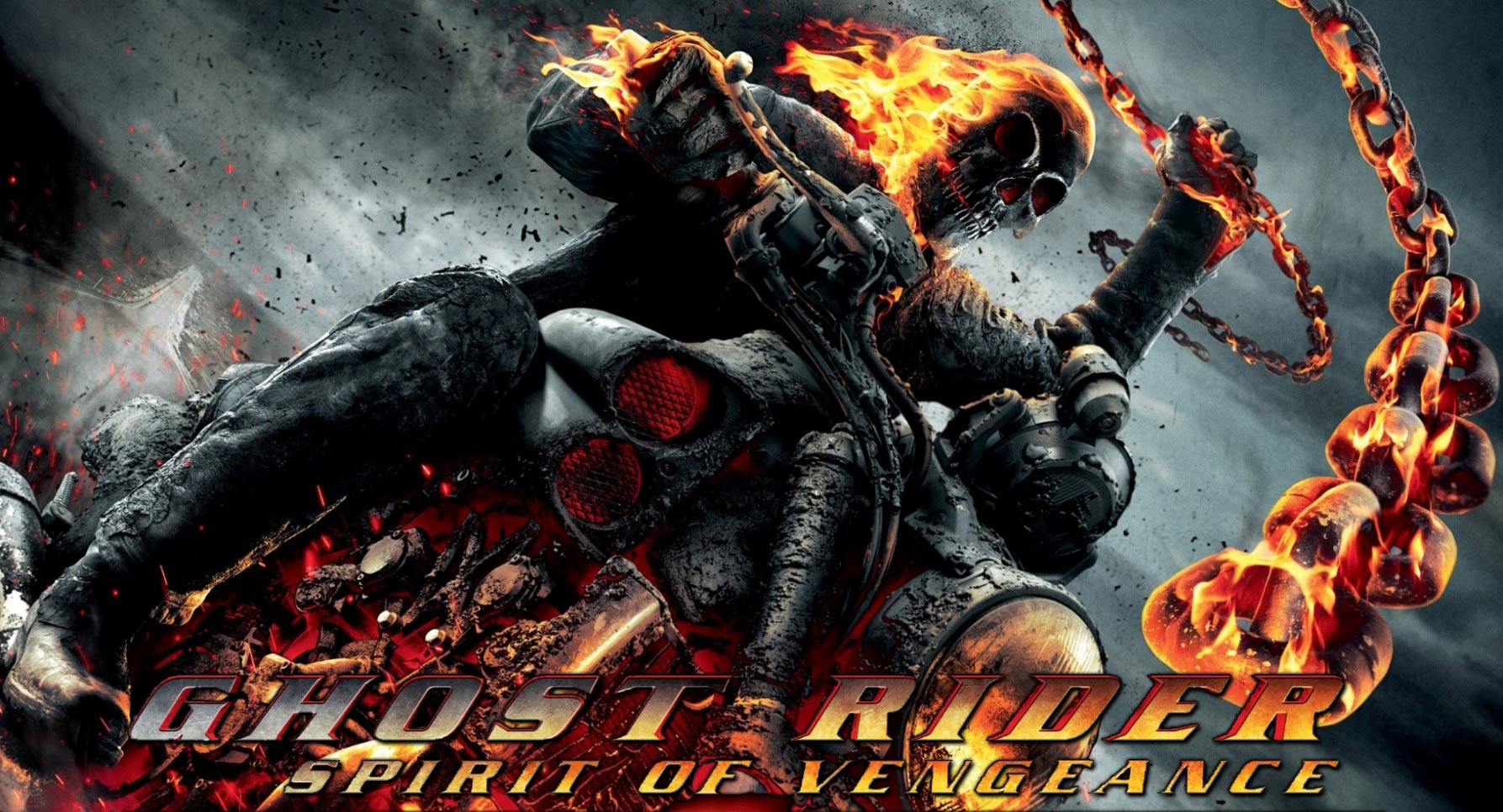 There are plenty of bad comic films out there, but for the most part since Blade came out, Marvel has predominately made decent films. Sure, fan boys/girls rant and rave of small discrepancies and have unrealistic expectations that 50 years of continuity can be crammed into one two hour film, but really when you look at many of the films they really aren’t that bad, they just aren’t what some people expected. Though, occasionally the ranting and raving has merit. Especially in the case of Ghost Rider: The Spirit of Vengeance.

This is not going to be an anti-Nick Cage article. He’s a huge geek who chose his nom-de-plume based on Luke Cage, so let’s cut a fellow geek some slack. Sure he isn’t the best actor out there, but with a good script, director, and editing even he could win an award besides a Razzie. And although it is another movie often despised by my fellow True Believers, the first Ghost Rider movie isn’t horrible. How can any movie with Sam Elliot be that bad, really? 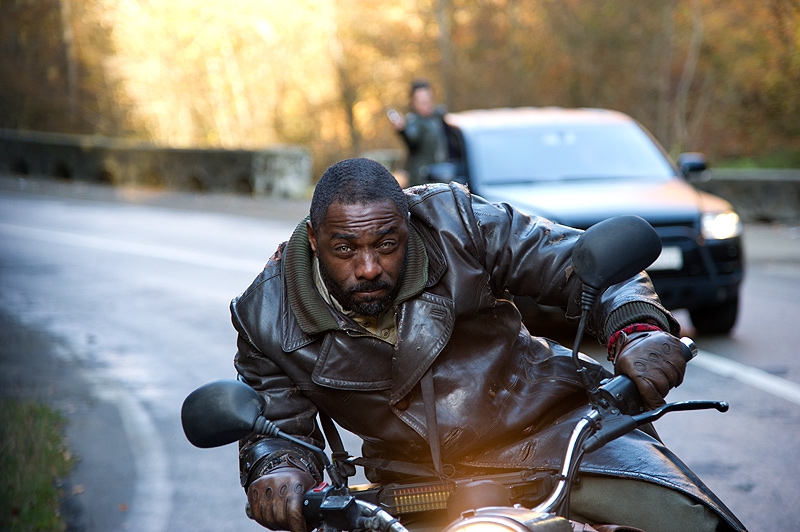 Also, before I tear apart what makes this movie an insult to comic books and comic book fans, I think since it is a “work of art” (so to speak), it deserves a least a few positive things about it pointed out. First, Idris Elba is a spectacular actor. I don’t know how many times I’ve seen the movie or trailer for Pacific Rim, but each time I hear him command, “Today, we are canceling the apocalypse!” I get goose bumps and I’m ready to jump in my Jaeger and fight by his side. Also, to the movie’s credit, the cinematography and special effects weren’t bad. Both helped add a frenetic energy that was distracting enough at certain points to make you forget how abysmal this film truly was.

But beyond Idris Elba and pretty pictures, this movie is a slap in the face of comic book fans. It goes beyond it just lacking any interesting plot or character growth, but to the spirit behind which the film was made. If you’ve read articles by the directing duo who were in charge of the film (Neveldine and Taylor) you’ll realize why the movie is such a slap in the face to us fans, and it is because they didn’t care about the source material or the fans. In an interview with Comic Book Resource, the two admitted they hadn’t even watched the original film, and had such little knowledge of it that they went so far as to say their movie could be a reboot or a prequel but either way it stood on its own. Then in an interview with MTV they revealed they picked the villain Blackout because of his name and didn’t care anything about his actual powers or his comic book history. They considered those things a burden to their creativity. 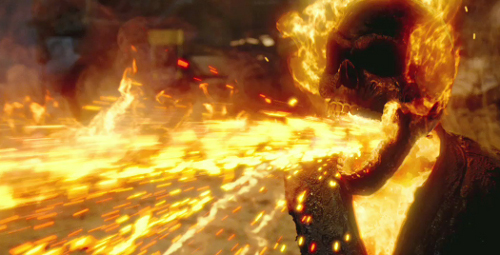 I’m a fan on the “What If?” comic series, which is why I think I’m able to enjoy comic book movies so much. I realize they will never be 100% the same as the source material, but should be viewed as alternate realities. Even with that though, there should still be respect and admiration for the source material. The reason the film is being made is because fans have continued to support these characters, in many cases, for half a century, so ignoring what the fans have supported not only disrespects the artists who created the world and figures the filmmaker is now playing with, but also the fans who’s money you need to continue your career. 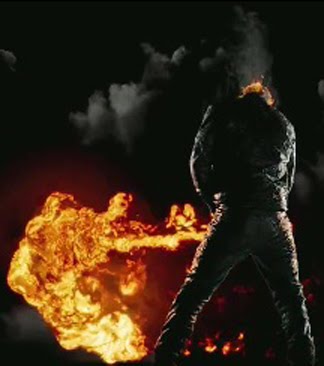 And let us not forget Ghost Rider’s newest power: flame throwing urine. Look, I’m all for crassness and vulgarity; Kevin Smith movies are some of my favorite movies of all time. But what they basically did was take a pensive and sober character and turn him into tongue waving psychopath from a Mad Max film. That scene showing up in the first trailer seems a purposeful metaphor taunting the fan base with what they were doing to a beloved character.

There are other Marvel movies which are not great. Elektra is the first one to pop into my mind being that they even apparently stole a villain from DC to use in the film and they showed the character as more of a hero than an antihero. But still, even in that film there was respect for the source material and even for the film which came before it. And even if you didn’t like the original Daredevil movie, it isn’t because it ignored the source material, creators, and the fans. I strongly recommend the director’s cut of that film which makes it much better. Even the first Ghost Rider, which isn’t great, still respected the source material. A great example of stretching an idea away from the source material, but still being respectful is the second Blade film. The kept the character true to the comics, but just expanded on the horror-based world of the first film and created an interesting plot and extremely interesting characters that felt they could’ve originated in a comic.

I understand that sometimes the stars have to align for a movie to really become great. The amount of people involved in the film making process makes that a genuine Herculean task. But I can enjoy a comic film if the filmmakers at least respect the comics. They don’t have to have even read it growing up. I’m okay with a fresh perspective on the character and even an alternate origin. Amazing Spider-Man actually told the best version of his origin story in any medium, so it is possible to deviate and still create something great. However, not respecting and acknowledging where it came from is a great way to make an awful comic based film.