Welcome to the first article in our latest column – Differing Dimensions! Every other week, we’ll explore those alternate universe and realities OUTSIDE of the 616 Universe! How do they tie into the 616? Will Marvel revisit these places? Why are they so important or NOT important?

Wait. What Happened? In the early 2000’s Marvel realized that they constantly had to do retcons and explain how characters that first appeared in the 60’s were still alive today, but still looked young. Then Marvel had the brilliant idea of NOT completely revamping the 616 and starting from scratch, but rather starting an entirely new Marvel division called “The Ultimate Universe” It would be a retelling or re-imagining of all of our favorite Marvel characters but with origin stories starting in present day. This line would start by giving us Ultimate X-Men and Ultimate Spider-Man, and eventually we would get the Ultimates (Basically Avengers) and Fantastic Four. It was really ground breaking at the time, and Marvel found a way to grab new readers that were looking for a bit more mature content, and wanted a Marvel Universe that was dark and scary. The Ultimate Universe was a place where dead people stay dead (for the most part), and Heroes become Villains. Welcome to the Ultimate Universe better known as the 1610 Universe.

Tell Me About This “New Reality” Well technically this new reality was started in the year 2000 nearly 15 years ago – and it is still around to this day! To give you a better idea of what exactly this universe did to rival what we had previously seen in Marvel Comics: Everything took on a darker and more complex tone. Quicksilver and Wanda were still Magneto’s children, they were still twins, the big twist from the Ultimate line? They were in love. Yes brother and sister who are blood related were madly in love with one another. Hulk has always been a wild rampant beast, but nothing compared to the Ultimate version. This Hulk eats people. No joke. This Hulk goes around and eats people. In fact there is lot of eating people going on in the Ultimate Universe, Blob eats Wasp, Pym eats Blob or at least his head. The point is – this universe is pretty messed up. Mutants aren’t just born with powers, they are genetically enhanced by the government in an attempt to recreate the Steve Rogers super soldier serum. In this world, people fear and hate most super powered beings, not just mutants. Steve Rogers was president. Peter Parker was killed. In fact a lot of people were killed. Mark Millar changed the face of Marvel comics with his remarkable run on Ultimate Fantastic Four, while Bendis made Miles Morales one of the most lovable comic book characters to ever wear a uniform. 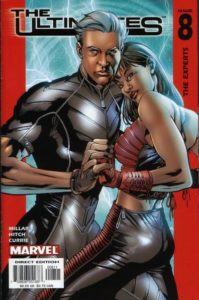 Haters Gonna Hate I know zero people that still to this day read the Ultimate Line with loyalty and never miss an issue. It makes me think that the Ultimate line didn’t grab nearly the popularity that the 616 line was able to maintain over the years, but if it is still going nearly 15 years later someone has to love it, right? As with all things Spider-Man, there was a bit of a commotion over killing off Peter Parker in the Ultimate universe specifically because if you die in the Ultimate universe you most likely are going to stay that way. When people die in the Ultimate U, they don’t exactly die heroic deaths or humane deaths for that matter. Prime example would be the deaths I mentioned above or Cyclops murdering Magneto in the most awful way possible. 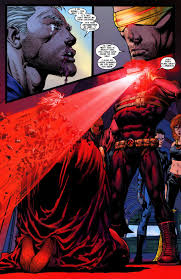 I Love the Way You Lie For every character they kill off, they do a great job of bringing in a new character to kind of fill the void. For example, Jimmy (Wolverine’s son) has pretty much replaced Wolverine (who is also dead). The current X-Men are: Kitty Pryde, Human Torch, Jimmy Hudson, and Bobby Drake. Most of the rest of the X-Men are dead! There have been very few moments where characters thought dead come back, but the few that have, the twist was never meant to be a twist;  just a character building moment. The Ultimate line has used death in place of depth in many regards. 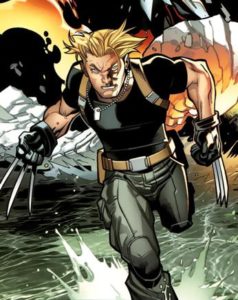 We Have to Go Back! Like I mentioned previously, the universe is still around today just with a lot less people. Even though the universe is ongoing, the series does seem to have an ending date, but then only starts up a new story arc with new characters. This is something many fans of the 616 have been wanting for a long time. Eventually every hero and villain will die in the 1610 Universe and we will have an entirely new cast of heroes and villains with a prime example being Black Widow II and Gregory Stark, Tony Stark’s brother. I don’t see the Ultimate line ending any time soon, not as long as they are still changing the status quo as frequently as they do. Some worried that “Hunger” (a story arc featuring Galactus from the 616 Universe coming to the Ultimate Universe) would be the end, but low and behold it was not. The Ultimate and 616 rarely cross paths, and this was one time where they still didn’t really cross paths. It was just the result of the mass time traveling going on in the 616 that ripped a hole to the Ultimate universe allowing the 616 Galactus to terrorize the gritty and realistic reality of the 1610. Confused yet? I guess what I am trying to say is that I think the Ultimate Universe is here to stay. 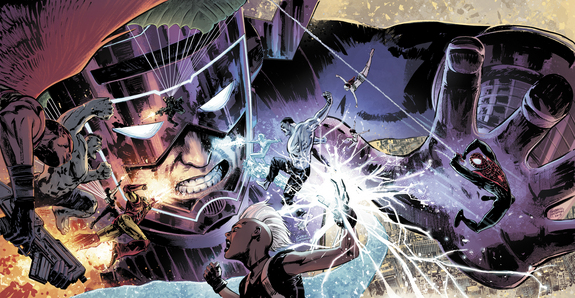 The Pay-Off We can rest easily knowing that Marvel has plenty of twists and turns in store for us. The Ultimate Line has proven that even with limited heroes, even with limited villains, it is all about story and execution. You can kill off Spider-Man, Wolverine, Cyclops, Professor X, Beast, Daredevil, Captain Britain, Odin, Harry Osborn, Kaine, Psylocke, Balder, Doctor Strange, Legion, Franklin Storm, Stick, Gambit, Forge, Longshot, Polaris, Emma Frost, Black Widow, Blob, Nightcrawler, Norman Osborn, Cannonball, Sunspot, Madrox, Scarlet Witch, Doctor Doom, Juggernaut, Magneto, and Apocalypse just to name a few (less than 5 of those characters have died and come back before), yet they still come up with really incredible characters and complex stories. If you have never tried the Ultimate line I highly recommend it. Ultimatum really cheesed off some fans due to all the death, but the older comic readers found some longevity in knowing heroes are forever. It may not be the same person under the hood, but the mission is still the same, With Great Power, Comes Great Responsibility. 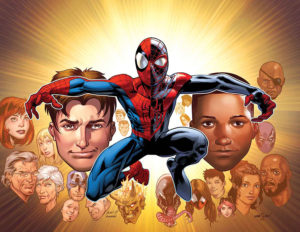