I guess I have a habit of delving into items that I am not that familiar. Due to this, however, I find myself having to do lots of research. Fortunately, this one did not require multitudes of research. Actually, it was rather brief. For this edition of “Astonishing Artifacts,” I’m going to dig deep to discover the dastardly and dubious nature of the Mandarin’s (NOT Trevor Slattery) 10 Rings of Power.

The 10 Rings each have different abilities.

The “Ice Ring” can shoot out intense cold rays.

The “Electro-blast Ring” shoots out electricity.

The “Flame Ring” emits flames as heat or infrared radiation.

The “White Light Ring” shoots lasers and can (depending on the writer) create gravity fields.

The “Matter Rearranger Ring” reforms the shape of solid objects.

The “Vortex Ring” creates an air vortex to be used by the wearer in any way.

The “Disintegration Ring” breaks things down at an atomic level taking 20 minutes to recharge.

The “Black Light Ring” creates an area of total darkness around the person it is used on. 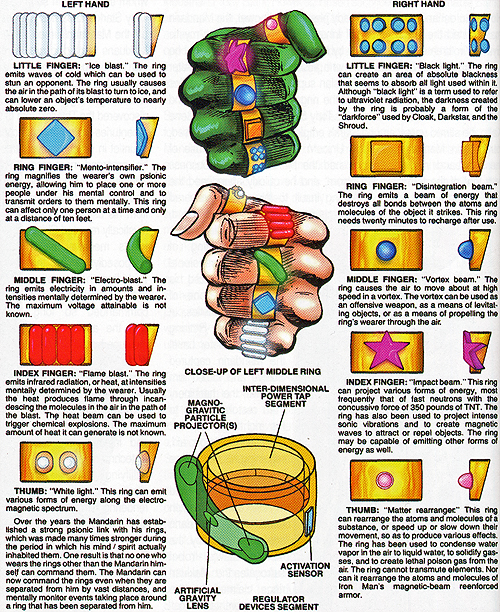 The 10 rings are actually the sentient imprisoned ghosts of alien warriors. The rings crash-landed on earth aboard a spaceship and the Chinese warlord Mandarin discovered them. Mandarin has a strong psionic link with his rings. If another individual wears a ring without his approval, they won’t work. He can control the rings from a long distance, and even “see” out of a ring that is not near him. If Mandarin is incapacitated, all his rings will teleport to him, but if he uses the rings for too long, his hands will turn green and scaly just like the imprisoned ghosts of the alien warriors. 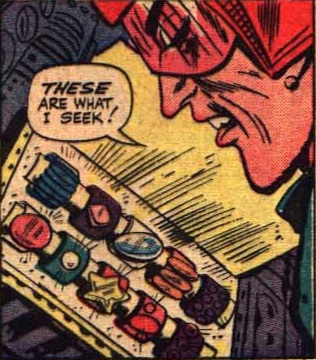 Upon the rings’ initial use, they influenced the Mandarin to try and fabricate adequate host-bodies for their ghastly forms to inhabit. Part of his plan involved forcing Tony Stark to create Gundam-esque mech bodies for the spirits. Tony rallied other prisoners behind him and, of course, thwarted this attempt. The rings were sealed in a SHIELD facility. And there they have rested ever since… 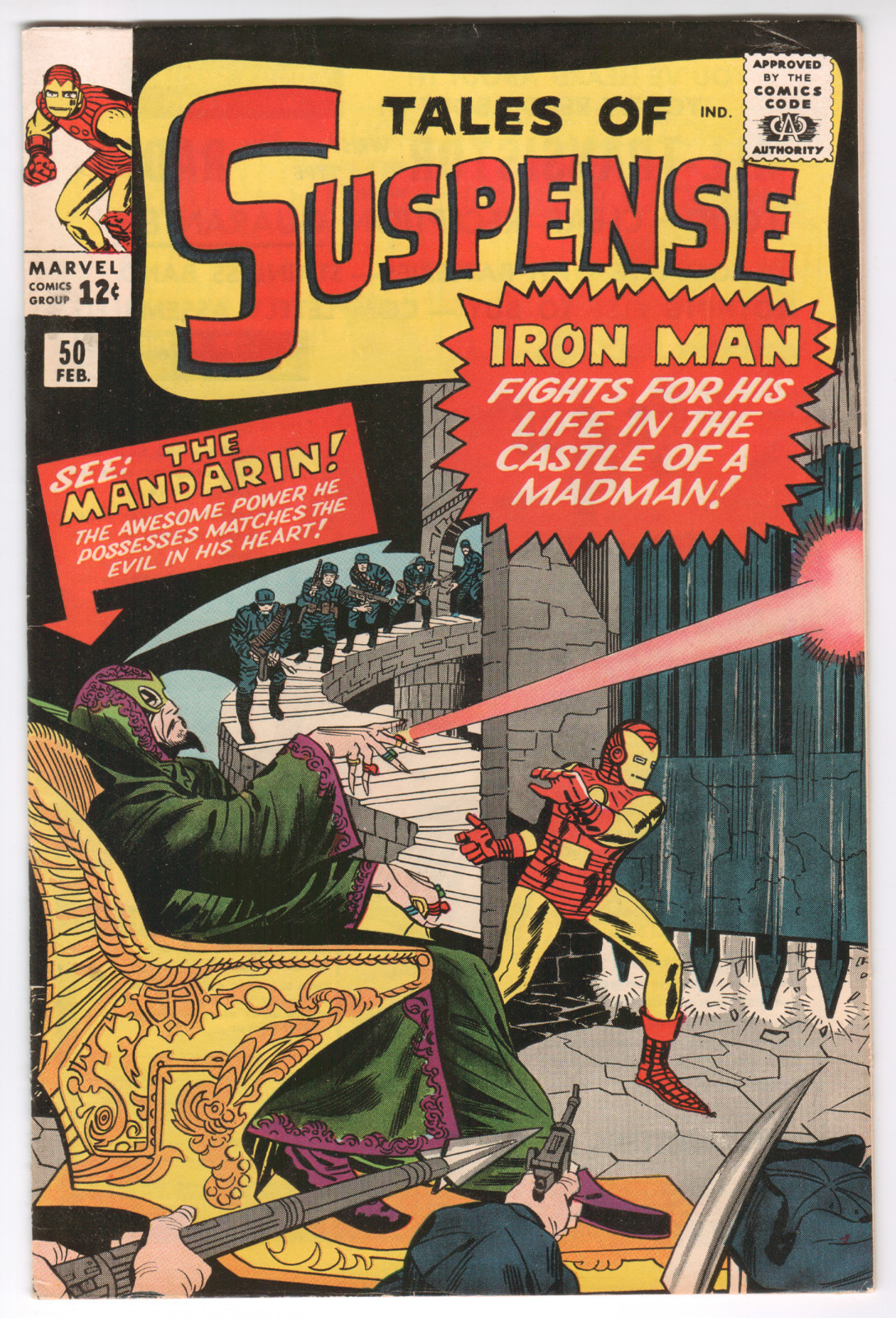 …or so we thought!  Kieron Gillen revealed recently that nine of the Mandarin’s rings have gone missing, transported via magical means, to new hosts! Those hosts include new and old Marvel characters: A warlord who would name himself ‘Lord Remaker,’ an A.I.M. clone ‘Colin Sixty,’ ‘Alec Eiffel,’ Malekith the Accursed, the Inhuman ‘Vic Kohl,’ Mole Man, a reporter named ‘Abigail Burns,’ a former Broadway director who would name himself ‘Lightning Conductor,’ and ‘Marc Kumar’ the supervillain ‘Endotherm.’ Malekith, the mastermind that he is, began to hunt all nine rings down. With epic heroic daring-do and smarts, Tony formulated a way to remove the rings from their wearers and he eventually defeated the tenfold “Mandarins.” 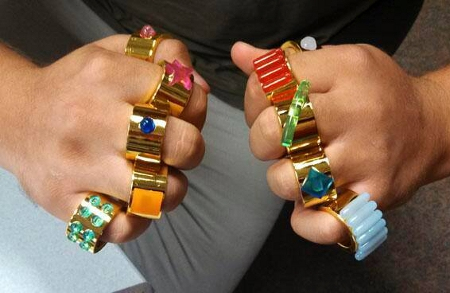 As all things in comics go, stories vary with every writer and the tale of the 10 Rings of Power are certainly no different. Personally, I have no close personal ties to the Mandarin or the 10 Rings of Power, so Gillen’s take on them doesn’t strike any chords with me. I know that a tried-and-true Iron Man aficionado may think differently. However, that is the ever-evolving and ever-changing beast of the monthly funny-books… despite geekdom’s fervent and passionate reaction toward change. 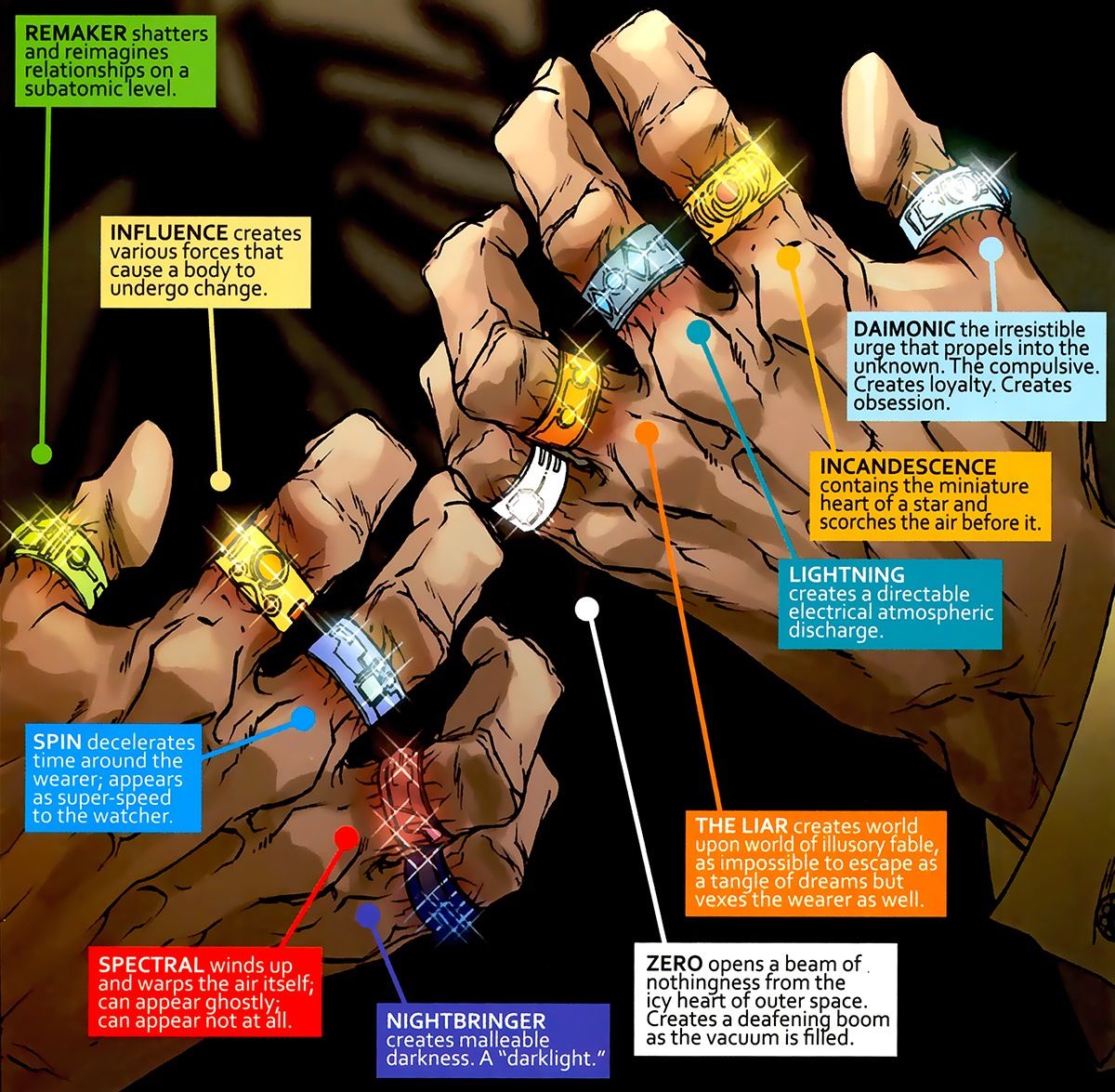 I guess you could say that, “A fan’s devotion has a tendency to stay devotion unless acted upon by an opposing source,” [then, it turns to nerd-rage].