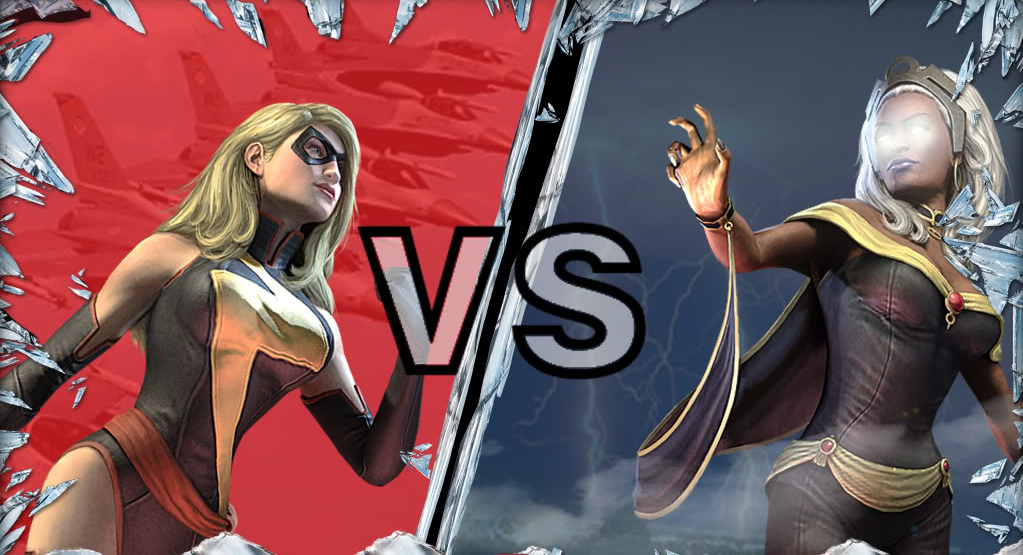 Tale of the Tape

Height: 5′ 11″
Weight: 127lbs
Powers/Abilities: Omega-level mutant power over weather (earthly and extraterrestrial ecosystems) which includes power over moisture, wind, temperature, lightning and electromagnetic forces, and atmospheric pressures; all to extreme degrees of manipulation including the appearance of flight. Expert at lock picking, hand-to-hand combat, and firearms.

On several occasions the mighty mutant Storm and the cosmic powered Avenger Captain Marvel have faced off on opposite sides in battle. Most recently this occurred when the Avengers fought the Phoenix possessed X-Men. During this time, while heroes fought one another, many villains looked on searching for key advantages they could steal while their general foes were other wised engaged. Most of these villains who attempted to swing the heroes’ fight in their favor were defeated on your world, but not on all.

One particular continuum involved Captain Marvel racing toward Wakanda mere moments after the Phoenix Fives’ Namor unleashed his devastating attack. Due to her astounding speed, she was able to arrive in Wakanda in the middle of the surprise battle. Taking no time to think cautiously, but rather acting heroically, she charged headlong into Namor. She egregiously miscalculated his power, for although she caught him off guard and was able to achieve what would normally be advantageous and deadly strikes, the greatly empowered Namor quickly shrugged off her attack and retaliated with a devastating blow which sent her soaring unconsciously away from the battle. 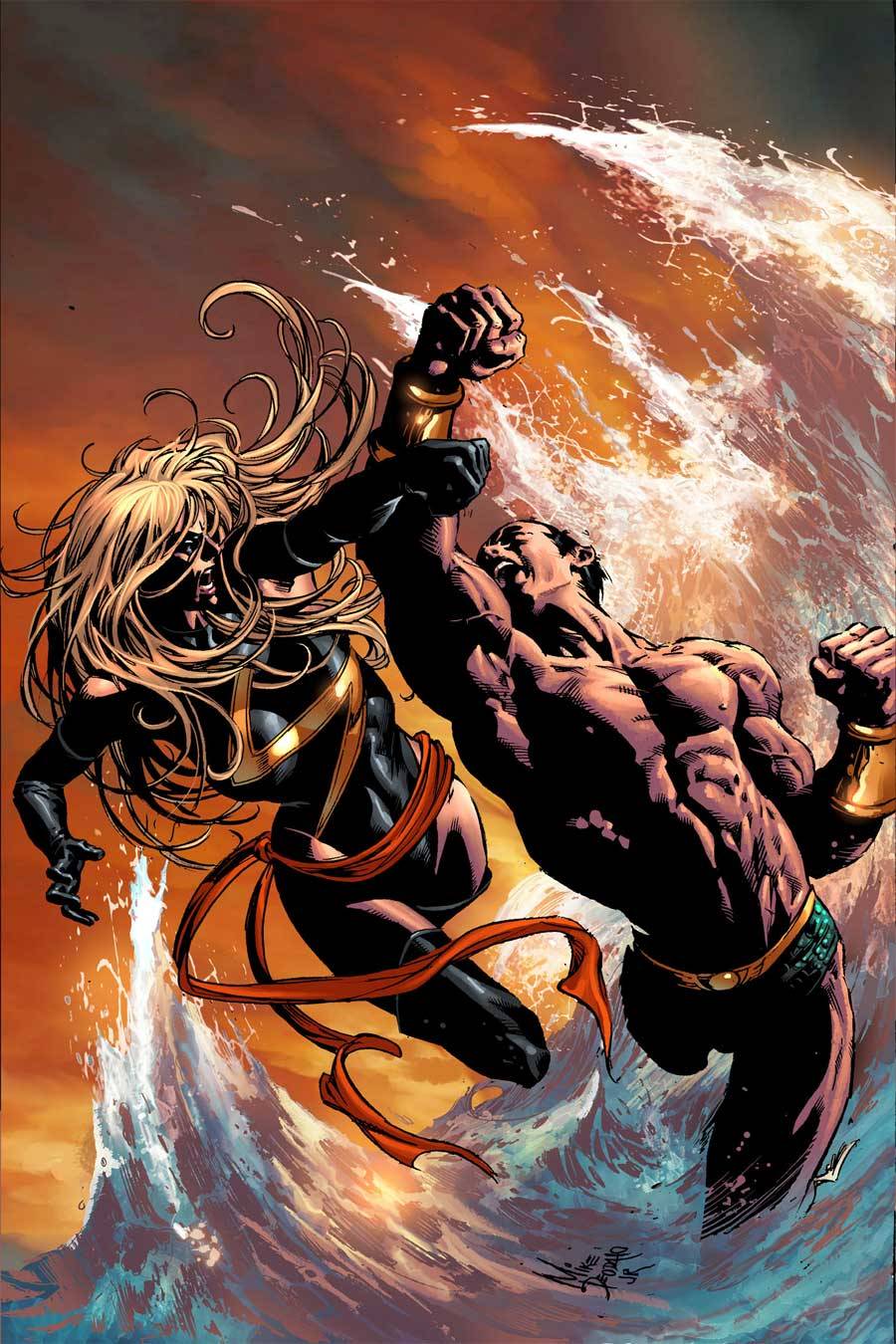 She landed battered and bruised countries away from where she was in the middle of the desert. While a regular blow from Namor would not be enough to hurt her so drastically, this time it took her out of the battle. She laid in the sand in a coma like state where unbeknownst to her a devilish entity currently devoid of a body was roaming: The Shadow King.

Seeing a super-powered figure in a moment of mental fragility, the Shadow King took this opportunity and possessed poor Carol Danvers. He laid cocooned in her mind as her body attempted to heal itself.

After the events of the Phoenix Five played out on this world similar to yours, the Shadow King saw his chance with the absence of Charles Xavier and took full control of Carol Danvers. First and foremost, he sought after Storm given there tenacious history together. 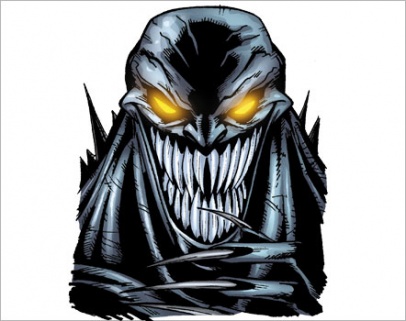 The Shadow King wasn’t aware of the splits in the X-Men and their extended visit to the West Coast, so he naturally sought his way to their New York headquarters, now the Jean Grey School for Higher Learning. As luck would have it, Storm was located here teaching young students and training them to be the future X-Men.

As Carol arrived at the school, Storm naturally thought that possibly she was there to see Rogue given their past. Carol claimed she needed Storms particular talents for a mission and asked if she could help her. Not aware that this was a ruse by the Shadow King to get her away from her teammates, Storm accepted. 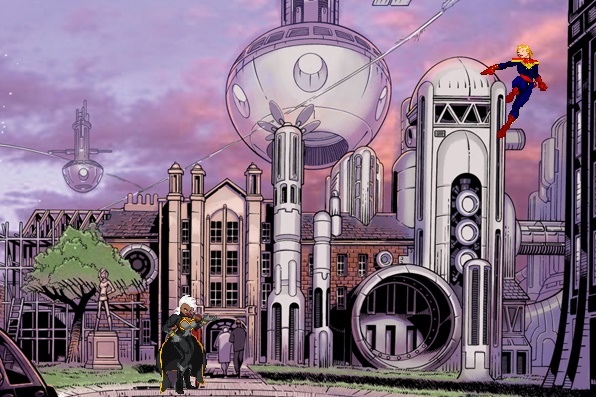 Several miles away from the school, Carol launched a surprise attack on Storm striking her with a strong blow. The attack caught Storm a bit off guard, but not before she saw it coming and was able to deflect a majority of the devastating punch. Storm tumbled to the ground stunned by the shocking attack. Assuming this was retaliation for the events of the Phoenix Five, Storm attempted to reason with Carol, but unwilling to talk Captain Marvel fired concussive blasts at Storm.

Storm using her powers, quickly flew away from the blast and attacked Carol with a nonlethal gush of power wind. This attack connected with Carol, but she quickly recovered and rushed towards Storm catching her with another strike. As Storm recoiled from the blow, Captain Marvel came from behind and captured Storm in a hold around her arms and neck. Leaning in and whispering in Storm’s ear, Captain Marvel explained who she truly was and that the Shadow King was going to take great pleasure in breaking her neck.

With trepidation, but knowing it was the only course of action, Storm focused her powers over lightning and electrical forces and overloaded Carol’s brain by aggressively adjusting the air pressure and moisture directly surrounding her head. The result ends up being a potential deadly static shock, but for Carol, Storm hopes that won’t be the case. The attack caused Carol to lose her grip on Storm and fall to the ground. Storm rushed to check on Captain Marvel to find her in a comatose like state on the ground.

It is later discovered that Storm’s ferocious attack has put Captain Marvel in a permanent vegetative state, but has also trapped the Shadow King in that useless mind. Overcome with great remorse over her forced actions, Ororo moves Carol Danvers and Chewie into the X-Men’s mansion where she watches over and cares for both.

Winner: Storm with a shocking TKO 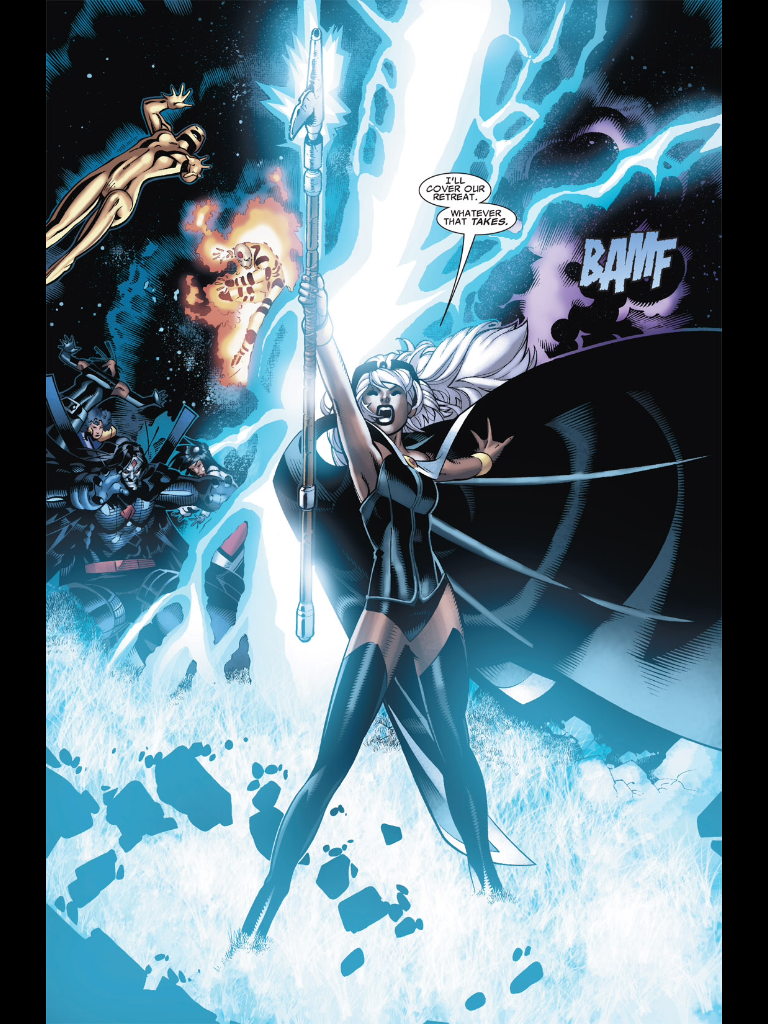