Tale of the Tape

Powers: An intelligent scientist specializing in physics, Ohnn discovered the “Spotted Dimension” which due to exposure has bleached his skin and covered his body with black spots. He can use these spots as wormholes/portals to transport himself (in total or part), another person, or an object to any point where he can place/throw a spot from his body.

Powers: A mutant capable of making copies (“dupes”) of himself on physical impact. The creation of living duplications is not controllable by Madrox. These replicas of him have free will, but generally follow his orders. He can reabsorb them back into himself with a touch and he gains the knowledge and information they have gathered on their own (this can also be accomplished with their death). Due to the shared knowledge from his duplicates Mardox is a skilled fighter with knowledge of law, gymnastics, anatomy, and lock picking (to name only a few). 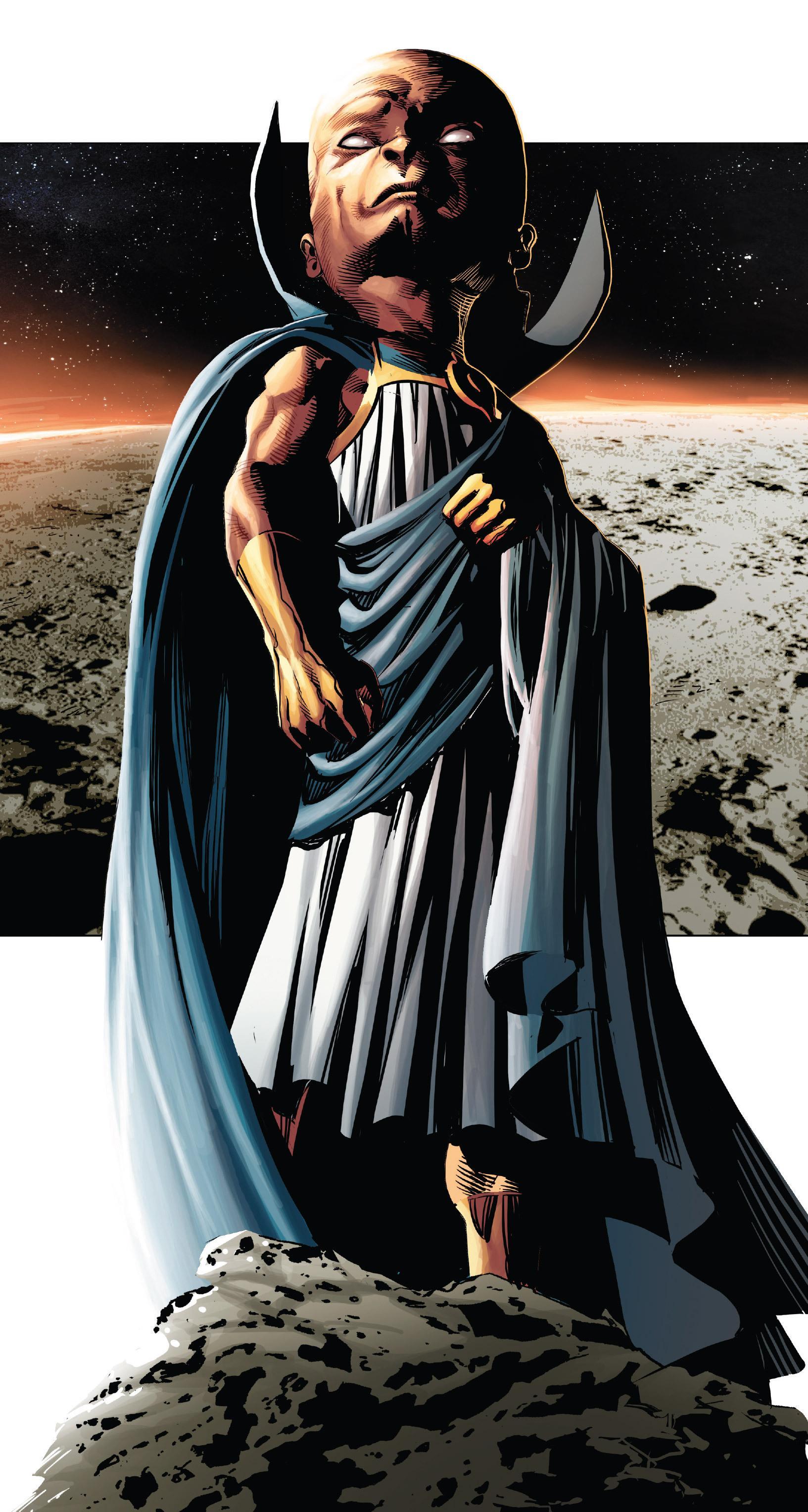 I am The Watcher.

While on many worlds the same heroes fight the same villains, in certain dimensions some heroes or some villains never come to fruition creating a roulette, if you will, of rogues. The random spins have created unique nemeses on other worlds, and this tale is of one such adversarial duo.

On this world the event that would become known on your world as Deadly Genesis left Charles Xavier feeling defeated. Losing two teams of mutants was too difficult and instead of seeking a third he became a recluse whose life spun around his own self-pity. Because of this, he was not able to help Jamie Madrox when he first attacked the Fantastic Four which on your world lead to Madrox’s eventual rise to leader of X-Factor and a respected hero.

On this world, Reed Richards eventually discovered a way to contain Madrox and his duplicates and temporarily suspend Madrox from further duplicate creations. As always must occur with any good tale of good vs evil, Madrox escaped to fight another day. He eventually became a supervillain but generally relegated himself to heists and robberies and other thuggish activities.

On this world as well, Doctor Jonathan Ohnn saw his discovery of what he termed the Spotted Dimension as his chance to make a positive impact on the world instead of his counterpart in your dimension who eventually chose a life of petty crime.

Dr Ohnn would eventually join the West Coast Avengers for a short period of time while the team was led by Ororo “Thor” Monroe. He, like Dr Pym, would eventually depart the team as a desire to focus rather on science than crime fighting, but being so bonded with the spots on his body, he never shied from any call to action.

One such call to arms for Ohnn occurred on a simple walk through downtown Manhattan on a beautiful Spring day. Little did he know what foul schemes were being hatched as he passed by a bank. He quickly heard the bank alarm shouting for urgent assistance from the police, but not seeing any officers around he quickly sprung to action.

Entering the bank he threw off his hat and trench coat to reveal his ivory-esque skin speckled with black spots. Before him stood a hand full of men who turned towards him as he called for their surrender. He quickly realized this was no ordinary gang, but rather Madrox the Multiple Man and his dupe-henchmen. Madrox beat his chest like a war drum causing his gang to turn into an army of supervillains.

Ohnn quickly threw out a handful of his spots in front of the carbon copies as they rushed his position. He then threw a few more in the air high enough to cause a deadly fall for any of Madrox’s clones caught in the trap. Several ran head long into the spots and instantly were transported to the top of the ceiling and fell to their death. Most did not fall for this and they were able to rush Ohnn.

Ohnn leapt into one of his own spots escaping the rushing gang and was able to get a drop behind the group. Using his spots thrown around the group, he was able to stand his ground in one location and deliver surprise blows to many of the dupes who he had just avoided. Using another spot he quickly removed himself from that location before they knew what had happened.

From his new position clutched to the side of a large pillar in the middle of the bank, he was able to quickly dispatch another handful of clones by making them also fall to their deaths. While some might have questioned the heroics of a hero who kills, Ohnn had faced Madrox prior and was well aware that these were soulless replicates he was doing away with.

For each copy Ohnn disposed of it seemed Madrox was able to create two in its place. Madrox was a veritable hydra. Ohnn knew his only hope was to imprison Madrox and his dupes somehow, but he was only able to place spots in locations he could reach and see.

The solution hit him like a pallet of gold bars. He began to maneuver the ever growing tide of copies towards the bank vault. The impregnable vault door was open as normal during business hours, but behind that stood another door made of bars which allowed patrons to see their money while prohibiting evil doers like Mardox from easily stealing their money.

In one final swoop that would either mean complete defeat or success by Ohnn he tossed a large spot between the bars of the bank vault’s secondary door and used all the spots that he could physically exert from his body laid on the floor beneath the charging assault of Madroxes.

The result of this tactic proved the correct course of action. The Madrox gang, carried by their momentum and the momentum of those blind to Ohnn’s action behind them, forced the entire group through the landmines of dimension spots he had placed in front of them. Tripping and cascading through those they violently fell through and straight behind the locked bar doors of the bank. This action also caused the real Madrox to reabsorb many of his lackey clones.

Ohnn, having worked hand-in-hand with them prior, called the Fantastic Four to in help containing Madrox so he could be safely removed from the vault and quickly transport to the nearest maximum security prison.

Thus a supposed bottom tier villain on your world foiled an extremely powerful villainous mutant, and good triumphed over evil once again…

That is until the Shi’ar ruler D’Ken was able to conquer much of the universe, including Earth using the M’Kraan Crystal, thanks in part to Charles Xavier’s self-pity and apathy. But maybe that is a story for another day.