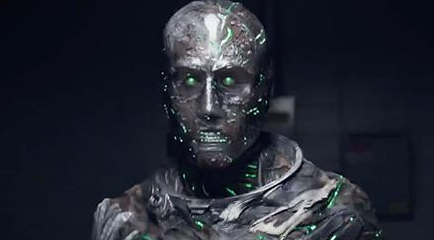 So some of the best footage we’ve seen of Dr. Doom in action in Josh Trank’s soon-to-be-released Fantastic Four reboot was released today.

He’s rather…violent…in the footage as well.