While we weren’t able to make the D23 Expo, our friends at The Wrap, The Hollywood Reporter, Mashable, Comic Book Resources, JoBlow, and IGN were all there. Marvel unveiled footage from Captain America: Civil War alongside Kevin Feige, Chris Evans, and Anthony Mackie. We’ve compiled all of their summaries of the footage as this was not recorded and Marvel said they would not be releasing it online. Enjoy but beware of spoilers!!

This led to an extended sizzle reel from the film, the first live-action footage shown: Captain America and Crossbones (Frank Grillo) in costume fighting and Crossbones telling Cap that Bucky (Sebastian Stan) remembers him; lots of General Ross (William Hurt) narrating and stating that the world isn’t sure Captain America is a hero or a vigilante; the Winter Soldier retrieving a severely wounded Cap from a watery fate and walking away; Scarlet Witch (Elizabeth Olsen) employing lucha libre-esque fighting moves in a crowded action sequence; Winter Soldier talking to Cap and showing signs of regaining his memory; a brief look at the film’s previously publicized funeral scene; a quick peek at the Vision (Paul Bettany); Black Panther (Chadwick Boseman) in costume; Tony Stark (Robert Downey Jr.) telling Steve Rogers, “Sometimes I want to punch you in your perfect little teeth;” Iron Man and War Machine (Don Cheadle) standing side by side, in full armor; and Hawkeye (Jeremy Renner) and Black Widow (Scarlett Johansson) fighting each other — Black Widow asks, “We’re still friends, right?” and Hawkeye responds, “Depends on how hard you hit me.” The reel ends with a comedic scene of a starstruck Scott Lang (Paul Rudd meeting Captain America for the first time. “Thanks for thanking of me,” he tells Cap, tongue-tied.

We saw the Falcon deploy his trusty Redwing and then team up with Captain American and Black Widow to fight Frank Grillo’s Crossbones, who tells Cap that “He remembered you. Your pal, your buddy, your Bucky.” We hear William Hurt’s General Thundrbolt say, “The world owes you an unpayable debt” but soon after, he says that people are afraid of superheroes and questions whether they are vigilantes.There’s a funeral glimpsed. Tony Stark shows up to throw down with Cap, and as Black Widow fights Jeremy Renner’s Hawkeye, she asks him, “We’re still friends, right?” The footage ended with Ant-Man waking up from a nap to marvel over meeting Captain America. “I know you know a lot of super people so thanks for thanking of me. Er, thanks for thinking of me,” jokes Scott Lang. 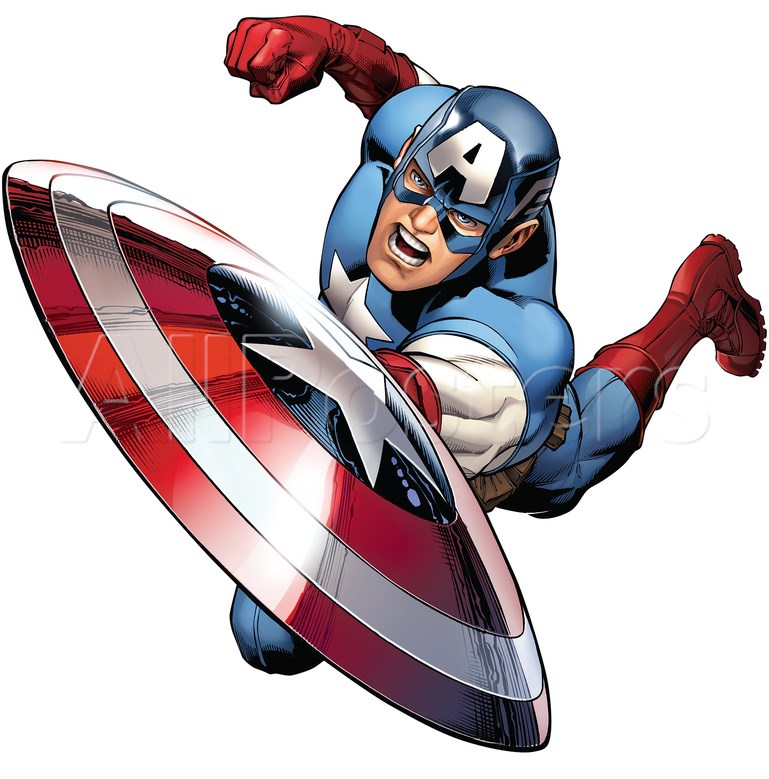 It began with Falcoln and Black Widow are working with Captain America, to take down Crossbones (Frank Grillo) n a crowded urban environment.  “You know, he remembered you. You’re pal, your buddy, your Bucky,” says Crossbones to a confused Cap. It cuts to a speech from General Thunderbolt Ross (William Hurt), who lecutres Cap in Avengers headquarters.”The world owes you an unpayable debt. A lot great many people see you as a hero,” says Ross. “There are some who prefer the word vigilante. People are afraid.” The biggest applause came from this line from Iron Man to Captain America, who are arguing about the ethics of being a superhero: “Sometimes I want to punch you in your perfect teeth.

But the long reel from Civil War stole the show — first we see Falcon, Cap and Black Widow taking on Crossbones (Frank Grillo) in an open square. Falcon (Anthony Mackie, who took the D23 stage with Chris Evans to introduce the footage) has an upgraded flight suit and the same surveillance tech he displayed in Ant-Man. But Crossbones is focused squarely on Cap, the guy he considers responsible for his badly burned body. “You know, he remembered you. Your pal, your buddy, your Bucky,” he says menacingly to Cap after he’s subdued. And Cap isn’t happy to hear that.

Then a politician played by William Hurt starts voiceover: “The world owes you an unpayable debt. While a great many people see you as a heros, there are some who prefer the word ‘vigilante.’ People are afraid.” That sets up the conflict that will divide Steve Rogers, who thinks superheroes should remain free-willed, and Tony Stark, who favors government registration. “Sometimes I want to punch you in your perfet teeth,” we see Stark saying to Rogers, and not in the friendly-banter way we’ve seen before. There is some menace in Stark’s words this time.

We also see Black Panther, played by Chadwick Bozeman, in full costume — though all we see is a split second, in which he extends his claws. Also making appearances: The Vision, Scarlet Witch and, hilariously, Ant-Man. Paul Rudd’s Scott Lang is meeting Captain America for the first time and is in awe, doing the same fanboy routine that Agent Coulson did in Avengers. He trips on his words: “Thinks for thanking of me! I mean, thanks for thinking of me.”

Captain America, the Falcon, and Black Widow kick off the footage, surveying a marketplace. Falcon voice activates a drone version of his comic book sidekick, after which it surveys a nearby truck which has a battering ram built within it. The trio springs into action! Falcon leaps off a building and spreads his wings. Widow runs and flips through the market with grace and precision. Cap finds Crossbones standing in the center of the market, and they engage in combat. Crossbones blames Cap for his face, after which his masked is knocked off. He says something about Bucky that catches Cap’s attention.
General Ross begins a narration about the “unpayable debt” owed to Captain America, of which during we see shots of the different Avengers. Tony Stark quips about wanting to punch Cap in his “perfect teeth.” A shot follows of Captain America’s team (Falcon, Scarlet Witch, and Hawkeye) gathering. Hawkeye and Black Widow fight! Widow quips, “We’re still friends, right?” Hawkeye responds with, “It depends on how hard you hit me!” Falcon opens up a van to find Scott Lang (Ant-Man) sleeping inside. Lang is super excited to meet Captain America! We’re talking fanboy excited! Unable to take his eyes of Cap, he states, “I’m shaking your hand too long.” He thanks the Avengers for thinking of him.

The footage opens with Captain America, Black Widow, and Falcon dealing with Crossbones as the villain attempts to blow up a truck. During the fight, Crossbones tosses a magnetic explosive at Cap’s shield, and the hero throws it into the air so that the explosion avoids the crowd. Crossbones removes his mask and reveals his scarred face, turning to Cap and saying, “He remembered you, you know. You’re little pal Bucky.” The footage then cut to the scene during the credits of Ant-Man, where Cap and Falcon are talking to Bucky. Bucky tells Cap that he remembers his mom’s name was Sarah, and that he used to stuff newspapers in his shows. Cap smiles, knowing that some trace of his old friend is still in there.
We then see General Ross (William Hurt, reprising his role from Edward Norton’s Incredible Hulk) telling Cap how the country owes him an impossible debt, but that for some he’s not a hero now but a vigilante. Cut to shots of Cap and Tony talking about what comes next, that Tony says how they’re operating with oversight so how does that make them different from villains? “That’s what this is about to you? Protection?” says Cap. While continuing to argue, Iron Man tells Cap, “Sometimes I want to punch you in your perfect teeth.”
The footage then rolls into quick shots of the heroes delivering some pretty great lines. “In this job, you try to save everybody you can. Sometimes that doesn’t mean everybody,” say a stoic Captain America. Black Widow and Hawkeye, caught on opposite sides of the Civil War, are about to fight. “We’re still friends right?” Black Widow asks. “Depends on how hard you hit me,” Hawkeye replies. The footage ended with Hawkeye opening a van, revealing Paul Rudd’s Ant-Man. He’s absolutely starstruck by Captain America. He’s shaking as he meets him, and fumbles the greeting. “You know a lot of super people, so thinks for thanking of me.”