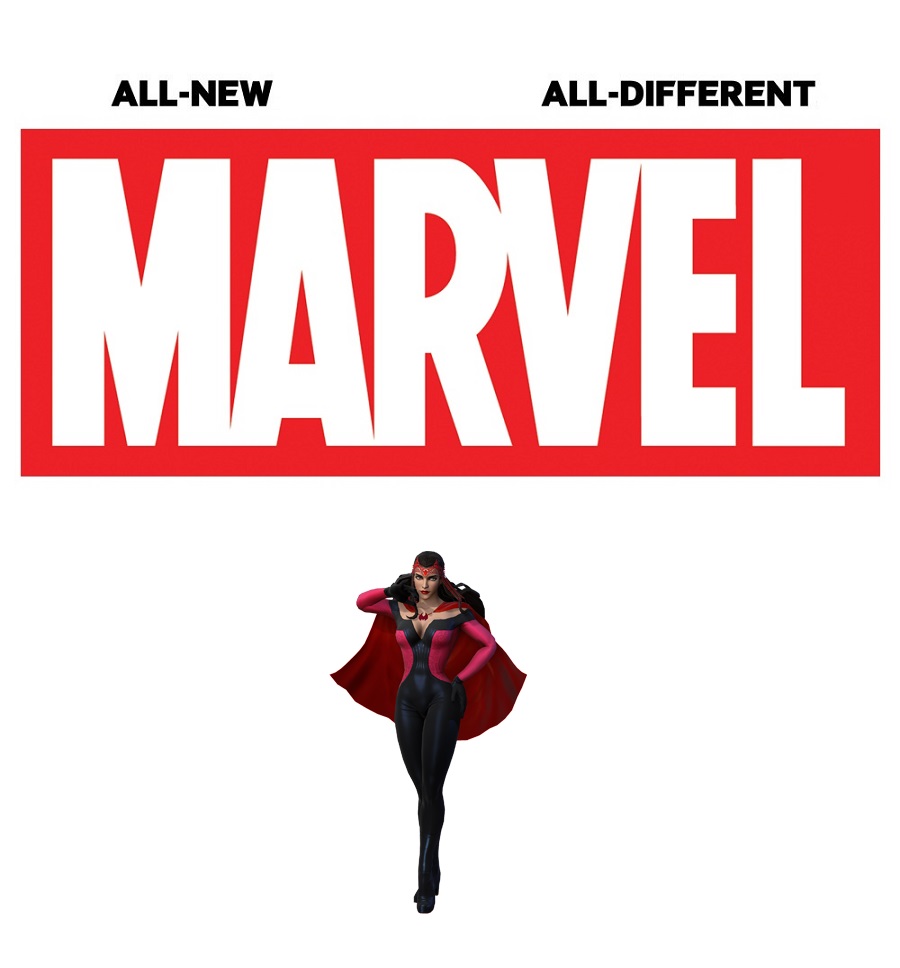 It’s a new week and the All New, All Different gears continue to turn . . . 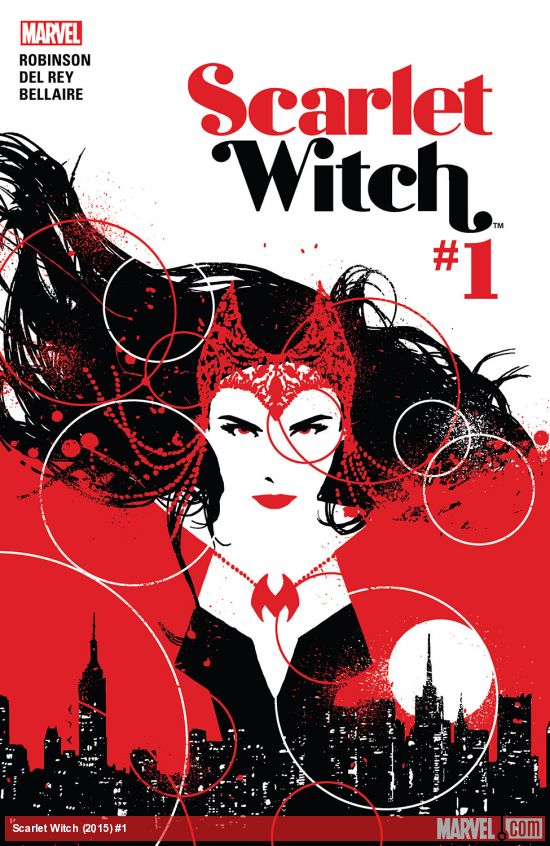 What we know: The first ever ongoing solo-series starring the spell-binding scarlet superheroine has arrived! Scarlet Witch is slated to begin on a tour through the magic realms of the Marvel Universe.

Pros: Writer James Robinson has articulated a very clear, very big mission for this title. Robinson recognizes that the Scarlet Witch, as a character, has largely been defined in relation to other characters (Quicksilver’s sister, token female Avenger, love interest for Vision, love interest for Wonder Man, Magneto’s daughter-but-not-really-anymore, Wiccan’s and Speed’s mother, etc.) with more fully realized and defined personas than she’s usually been given. A major goal of Robinson’s is to change that, and to give Ms. Maximoff a showcase for becoming a more fully realized, fleshed-out and three dimensional character in her own right. Robinson also wants the series to be as accessible as possible, issue by issue. To that end, while Wanda will continuously develop as a character, each issue will be a stand-alone story of her explorations of magic in the Marvel Universe and will feature a different artist every month. Artists are to be selected with a style that is targeted to the tone of the story which should make for a beautiful synthesis of script and art.

Cons: Robinson isn’t wrong about Scarlet Witch’s past use as more plot device and accessory than developed character. List ten different writers who have handled the Scarlet Witch and you’ll get twelve different versions of that character. A fan who is passionate about one of those writer’s runs, and considers it to include their Wanda (even if that version of the character is written less two-dimensionally than medieval woodblock prints), may not be willing to give Robinson’s efforts at developing the definitive Scarlet Witch a chance. The rotating artist gimmick, while innovative, may fail to attract a consistent reader base which could bode poorly for sales

. . . Just one book this week? While there may only be one NEW Marvel title for you to choose from this week, that doesn’t mean there might not be something that’s new to you! With so many new series launching over the past couple of months it’s possible all of us have missed something new, different and great! With that in mind I’ve decided to ask the rest of the staff here at M6P for their rousing recommendations. Let’s see what WE think you Marvel Maniacs would enjoy reading.

Daredevil – If you thought Waid’s run was good…but…wasn’t necessarily your cup of tea, then Soule’s Daredevil could be right up your alley. It’s like harkening back to somewhere between Bendis and Brubaker. Garney’s take on the character brings you back to the seriousness of what Daredevil truly can be. He’s not off frittering around on the West Coast. He’s back guarding Hell’s Kitchen against those that spit in the eyes of justice. And I get the feeling he’s not going to be writing any of what he does now in his autobiography. 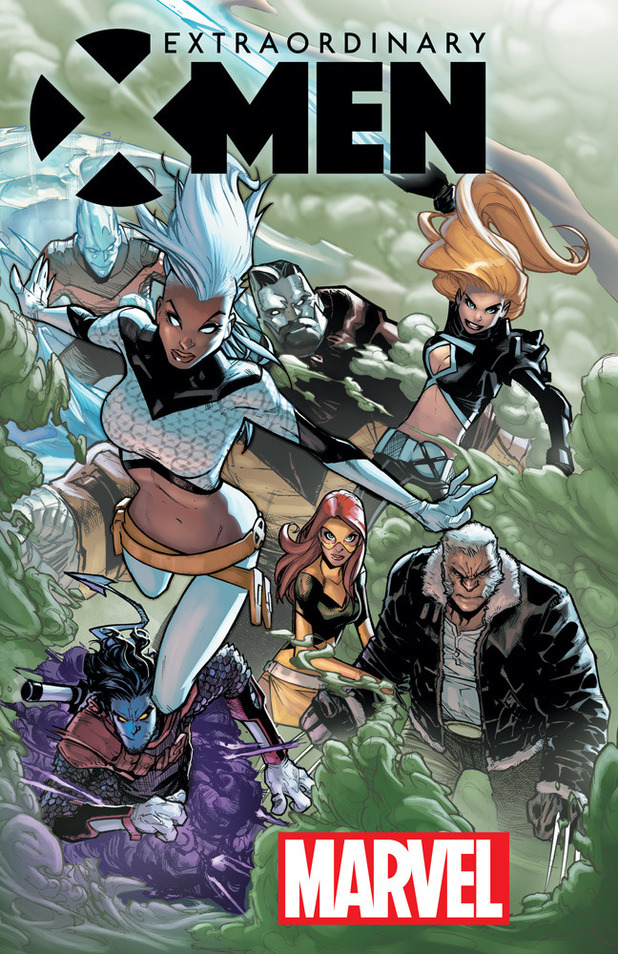 Extraordinary X-Men has been my favorite All-New, All Different title so far. THIS book is what the X-Men should be and should have been for the past 15 years. The X-Men are a group of mutants trying to make a peaceful coexistence with humanity, which fears and hates them. They hadn’t been working on that for so long, and now they’re back to being on the run and persecuted for being different; this is the core of the X-Men. Not only that, this team is classic! Storm! Wolverine! Nightcrawler! Colossus! This is pure 70’s love right here! Throw in Magik, Young Jean, with Forge and this team couldn’t be much better. Ramos continues to grow in his artistic abilities, as well! Badda Bah Bah Bah I’m loving it!

I say the one to pick up is All New Wolverine. Laura is definitely a breath of fresh air in Wolverine’s role whose more recent history is much less tired. As an X-23 fan, it’s great to see Laura out of that ridiculous white costume/hair colours from All-New X-Men, and back into a role that suits her assassin past. She’s written well, and the timing is perfect as she was going to waste in the X-Team books.

Karnak! It’s a dark, cynical superhero comic that is connected enough to the Marvel Universe to feel relevant, but removed enough to not feel shoehorned into “the new normal.” The art is great and on top of that it is written by Warren Ellis, which also means he’ll leave the series before over staying his welcome unlike some other writers… *cough*Bendis*cough*Guardians* … Sorry, I have some bitterness stuck in my throat.

All-New, All-Different Fantastic Four is probably the best thing I’ve ever invente . . . They what? THEY WHAT? Oh no. nonononono. Why? WHY!?!?!?!?!?! Okay, okay . . . I’ve got it together. I’m fine. How about Iron Man? Wait Doctor Doom doesn’t have a mask anymore? And he eats potato chips? *sigh* Okay, well surely these All-New, All-Different Avengers will . . . who are these guys? What about Spider-Man? Wait, which of these books is Spider-Man? I don’t know what’s, what here. What’s a Silk? Oh, wait here it is! Spidey! This looks familiar. Face-Front and pick up Spidey by Robbie Thompson and Nick Bradshaw.

Read Extraordinary X-Men. Terrigen mists killing and sterilizing Mutants? Lame. X-Men on covert reconnaissance missions and saving/recruiting Mutants to keep them safe? Makes for an excellent story filled with mystery, action, and intrigue. Seeing Storm in her element as the leader of the X-Men is just awesome. And we get Colossus back. Where is Nightcrawler?! Check out EXM to find out!

I’m not much for making the universe that I’ve loved for most of my life becoming “all-new” or “all-different”. But, in January, I’ll be picking up the Abnett and Lanning Omnibus of The Guardians of the Galaxy! If you missed it, do yourself a favor and pick it up. A team of interplanetary and cross-dimensional misfits has to, among other things, prevent the fabric of reality from literally tearing apart while tempers run hot and quips are strewn hither and yon. GREAT READ! 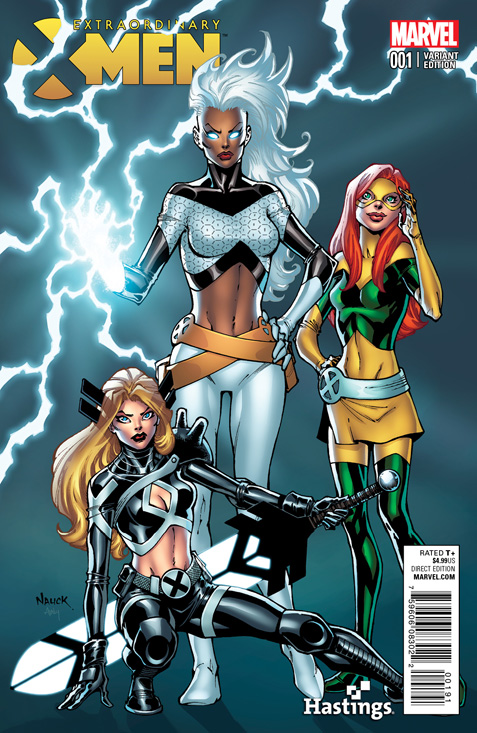 Extraordinary X-Men is, far and away, the best title Marvel is . . . What? We already plugged it? Twice? Did they say how Lemire is out-writing everybody else whose launched an ANAD title? Good, okay, and how about the fact that the line-up is a dream, and it’s accessible while being highly reverent to continuity? Excellent! Alright, in that case let me start over… 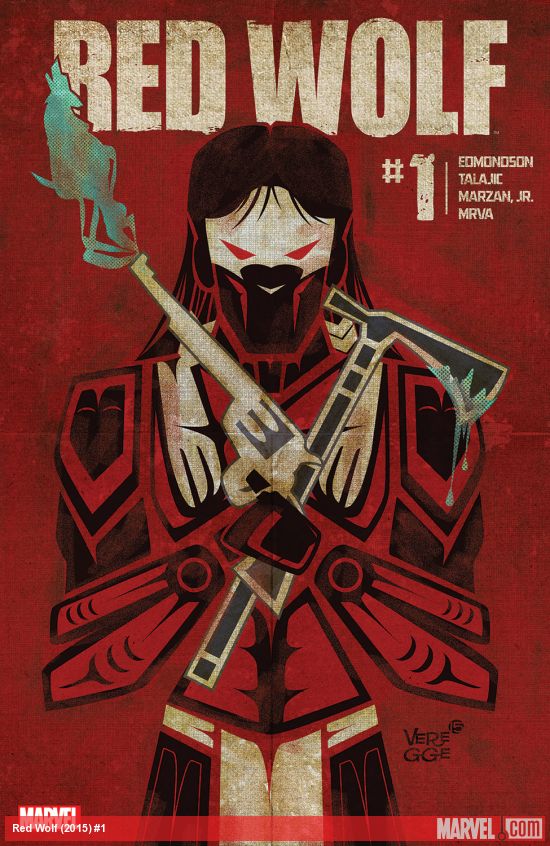 Red Wolf was a delightful surprise last week. Regular followers of this Forecast may recall that I was approaching this series with some skepticism and caution, but man oh man oh man, am I glad that I picked it up! Nathan Edmondson has put together a story that acknowledges the prejudices our title character faces without playing into them. Dalibor Talajic’s art is some of the strongest I’ve seen in the new publishing cycle. His characters and backgrounds are crisp & clear, and he’s makes the quick switch back and forth from high-impact action to quiet mystery and suspense look easy. And Red Wolf is just a likeable character! An honest hero with a good heart who does his best to do right even though he doesn’t quite fit in his world (or era). It’s a torch he’s carrying forward for such beloved classic heroes as Captain America, the Human Torch, Spider-Man, The Sub-Mariner, the Hulk, and the X-Men. Give it a shot!