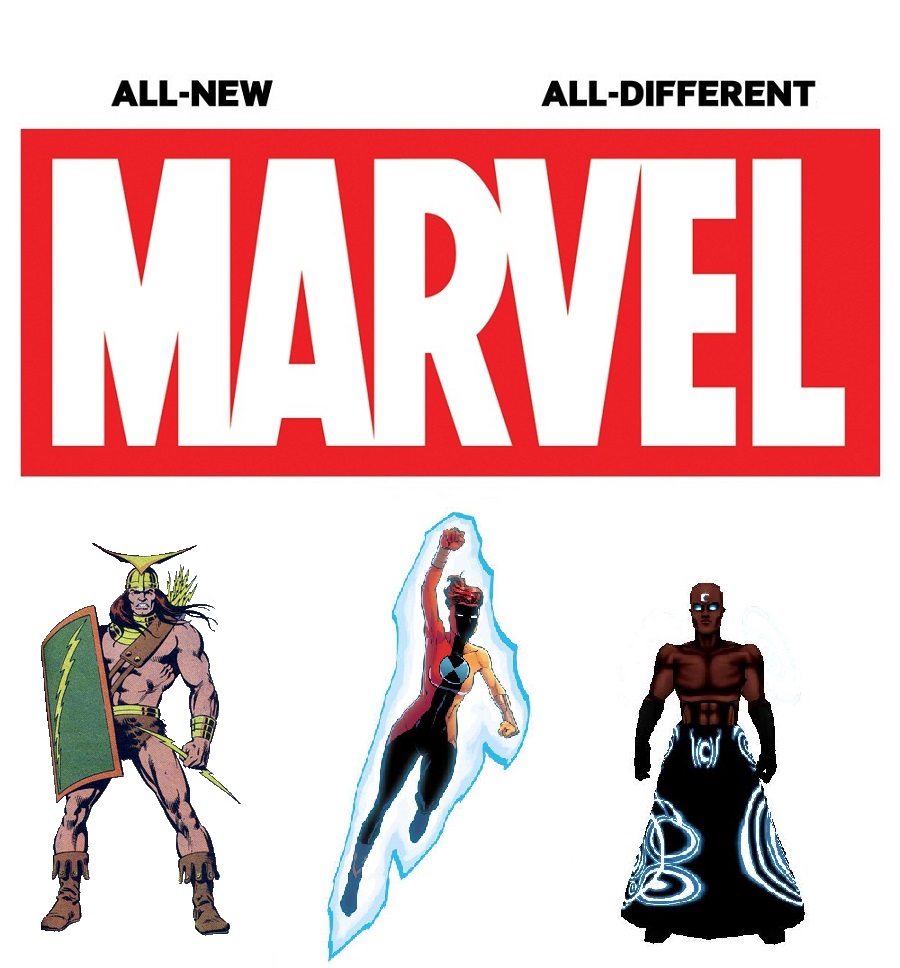 A second December launch for James Robinson, Greg Weisman’s premiere on a monthly Marvel Comic, and a return to Weirdworld in this week’s All-New, All-Different First issues! 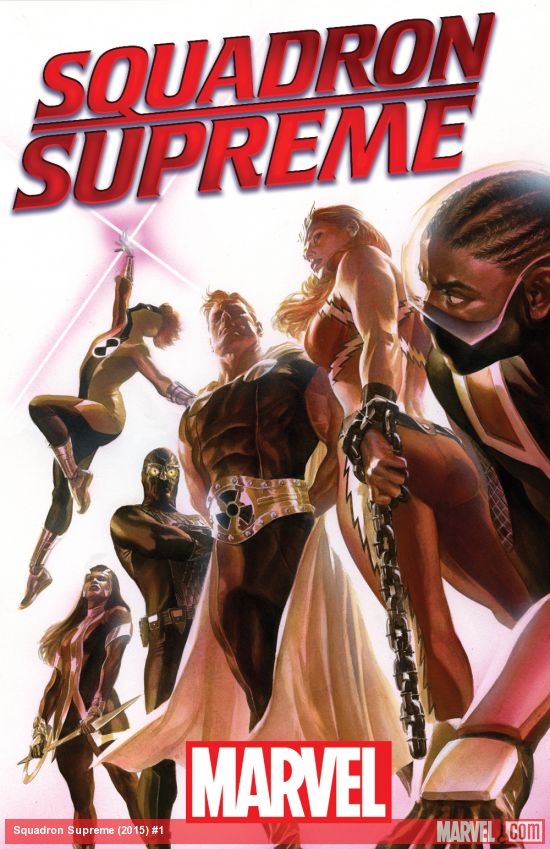 What we know: Each of them the last survivor of their world, the Squadron Supreme are setting up shop in the Marvel Universe and they’re more ready than ever to make their presence felt. They’ll stop at NOTHING to defend their new home world from any and all threats.

Pros: Robinson and series artist Leonard Kirk have teamed before with critical success for their combination of strong character work, deep plot, and impressive illustrations on the final published run of Fantastic Four. While that series was less commercially successful and hardly promoted after its launch, Marvel seems more motivated to market this pair’s newest collaboration. Marvel’s direct promotion for this team of Justice League pastiches has been progressively more intense since the series announcement. Spin-off titles for two core members (Hyperion and Nighthawk) have been announced for 2016, Robinson has a long-term contract with Marvel, and a major character death as a jarring starting point for this team’s tone and direction has already been leaked. All of this adds up to an expression of high confidence on Marvel’s part of SS being a breakout success among the ANAD launches. This may also mean the SS is being groomed to be at the core of an event down the line, in which case these stories will “count”.

Cons: All of this promotion may come to nothing if fans aren’t quickly hooked. Additionally, as discussed in last week’s pre-release ponderings on Scarlet Witch, Robinson has a track record for playing the long game in his series and dropping clues with a subtlety that would make Edward Nygma blush. If the series catches on and keeps moving this could be the start of one of the most acclaimed runs in comics publishing. If, however, early sales or event-tie-in interference disrupt the publishing cycle we readers could be left with a lot of loose threads and a lack of closure. In other words, I expect that the more readers make a commitment to this series the more we’ll get out of it. 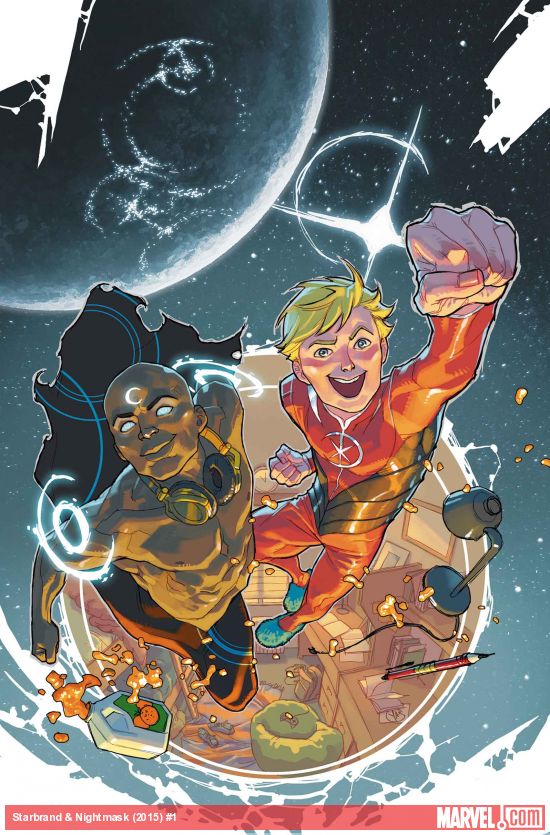 What we know: New Universe offshoots and Hickman-ian Avengers Starbrand and Nightmask have gone from besties on the World’s Mightiest to college roommates in this slice-of-life superheroic romp.

Pros: Greg Weisman has a strong following for his work as creative mind and show-runner behind such series as Gargoyles, Spectacular Spider-Man, and Young Justice, as well as helping to get Star Wars: Rebels off the ground. If his fan-base from his television work knows he’s writing this series that should provide it with a strong starting point. This series is being pitched as fun and quirky which plays well to the cartoony stylings of Domo Stanton’s pencils. Don’t limit it to that though. Weisman has a bit of a record for starting out with light, episodic stories that leave a trail of breadcrumbs after establishing his characters to more exciting, high stakes narratives!

Cons: With D-List headliners, Marvel may be banking pretty heavily on Weisman’s star to attract attention (and sales) to this series. While starting light to build a cast of characters may work with weekly installments of a serial television program, with the slower release pace, and content limitations of a monthly comic the transition from light to heavy may end up being read as either ponderous or jarring. Furthermore, Weisman’s method has successfully built a committed following, but method could critically be called formula here, and fans that know him from only one of his previous efforts may become bored if they feel they’ve seen this one before. 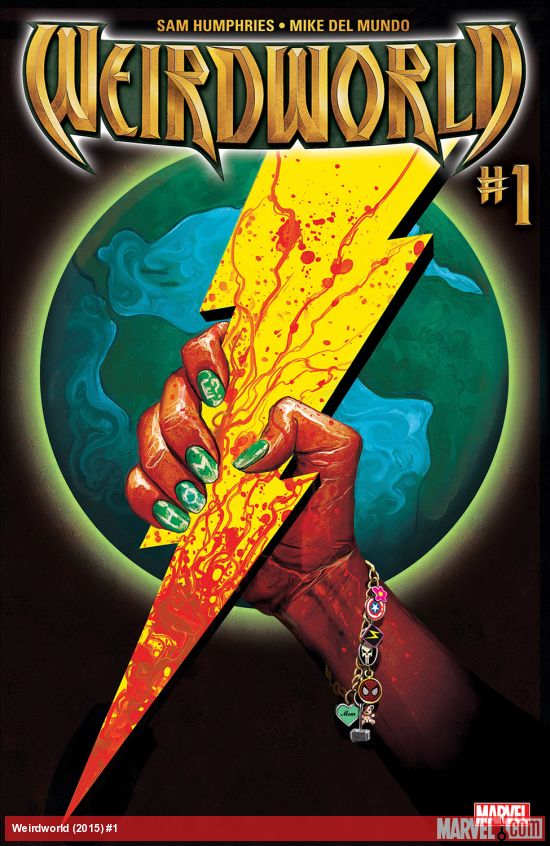 What we know: Fresh from its revival as part of Battleworld, we return with a girl named Becca, to the fantasy realm of Weirdworld.

Pros: Sam Humphries is coming right off a successful stint scribing a Barbarian-style story in the Planet Hulk Battleworld series. This may align him well to succeed Jason Aaron on this series set in a bizarre fantasy realm. The true coup for this title, that may carry it’s Battleworld sales forward, is that Mike del Mundo is remaining with the title and bringing the stunning, elegant illustrative efforts from the previous series with him. Marvel also seems to be developing a bit of a potential fantasy, swords and sorcery corner of the Marvel Universe. Fans of Doctor Strange, Scarlet Witch, perhaps even Extraordinary X-Men (no spoilers but those who have been following this run will know what I’m alluding to), and especially the Weridworld-set Black Knight series may want to add this series to their roster with an eye on future cross-overs within the more mystic corner of the Marvel Universe.

Cons: Was it del Mundo’s art or Aaron’s authorship that brought the Weirdworld miniseries its success? Fans will figure that out quickly, and if Humphries’ stories fail to strike an equally satisfying chord with those same fans, support for this series may drop off more quickly than del Mundo’s eye-pleasing art can attract new fans.