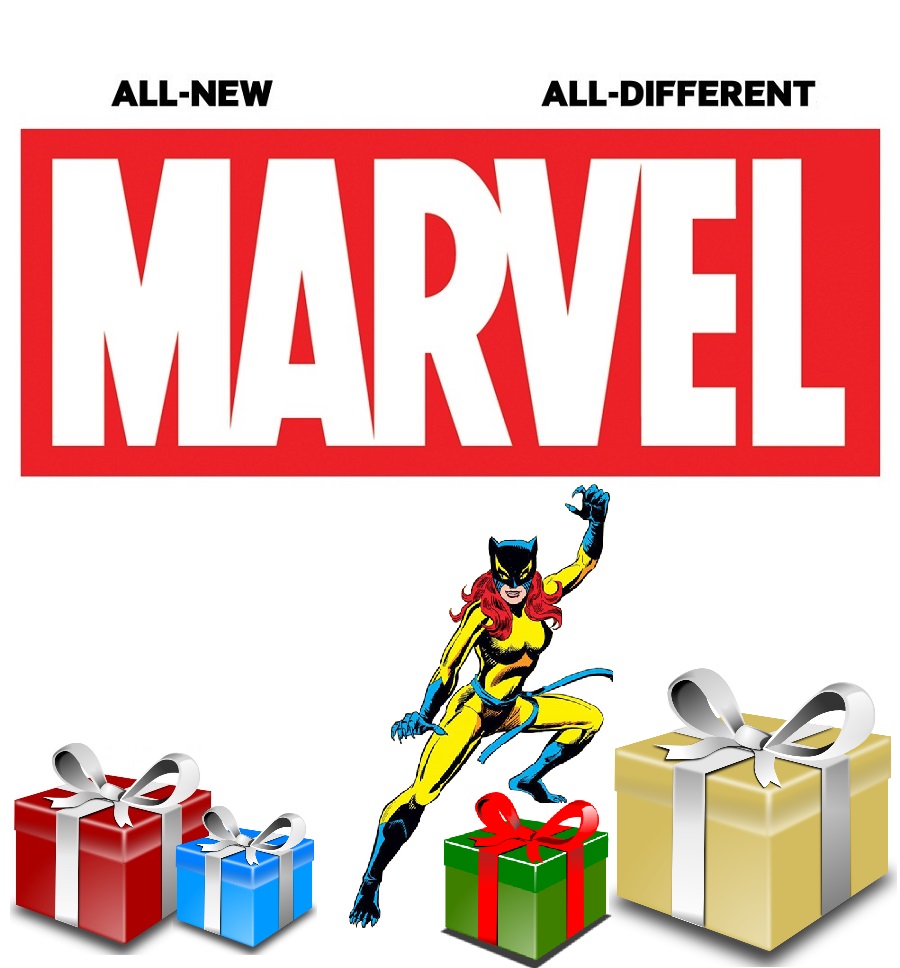 We’ve only one new book for the remainder of our march through the merry Marvelous month of December. Let’s take a quick look!

What we know: Hot on the heels of her MCU premiere as a supporting player on the Marvel-Netflix co-production Jessica Jones Patsy Walker is back in action as the Hellcat of Marvel comics. As though Patsy didn’t have enough to deal with balancing superheroics and her social life, now the romance comics that made her a teen sensation have undergone a nostalgia resurgence that’s getting her all kinds of fans she doesn’t want.

Pros: This books seems to be courting an audience that wants to read stories that are heavier on humor in the vein of Howard the Duck and Squirrel Girl. Artist Brittney Williams’ style, a blend of Manga-guided panel work and expressive Kyle Baker-inspired cartooning, seems a great fit for such a series, and shows a strong potential to intermingle humor, action and pathos. Writer Kate Leth has a five-year resume that reflects this as a good pairing. If the two can collaborate well they may be able to beat the creators of Marvel’s other humor heavy books at their own game and then some.

Cons: The series has not been strongly marketed and Marvel seems to be relying heavily on the success of the Jessica Jones direct-streaming series to provide it with a ready-made audience which may be a significant mistake. The darkness of Jessica Jones is a stark contrast to the action-comedy tone featured in solicits for this series, and readers seeking the former in a Patsy Walker comic will be disappointed when they open this book up to discover it’s nearly the opposite. Likewise, readers who prefer more light-hearted fare and may love this series may not have the character on their radar.