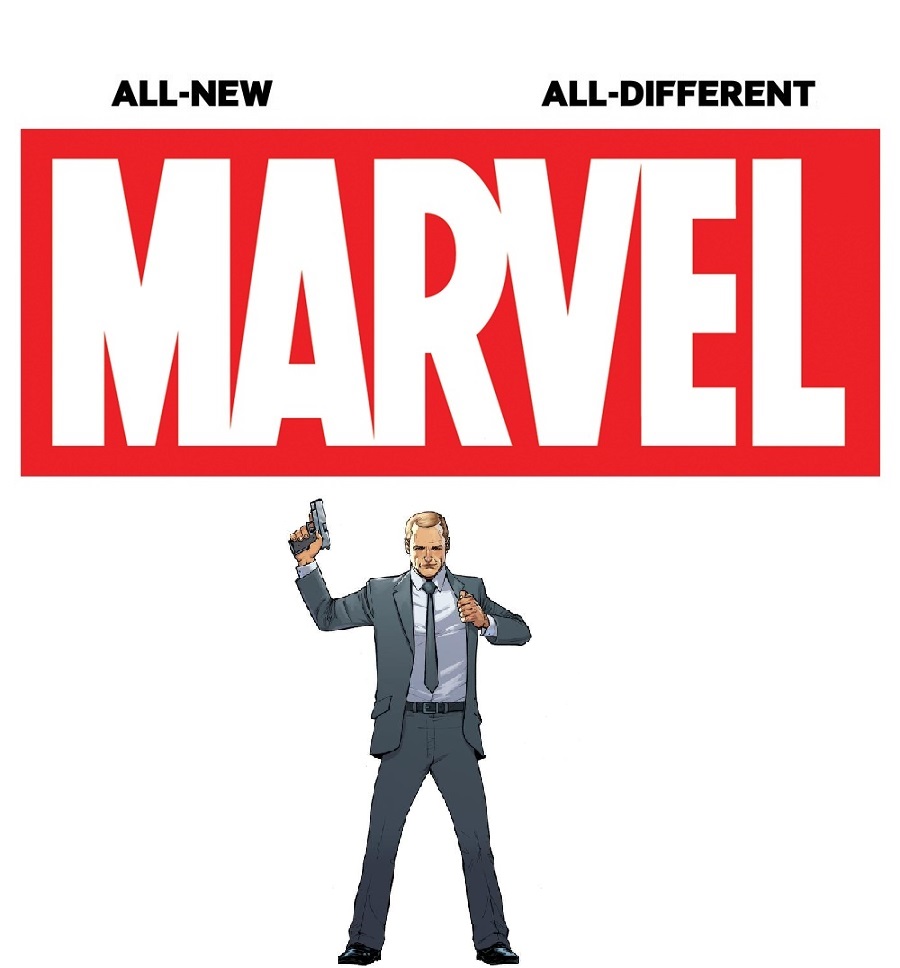 Oh My Stars and Garters True Believers! Can it be that there’s only ONE All-New, All-Different Marvel book premiering this week? Why if this keeps up I might be able to make this a monthly column (heaven forbid I should have the time to write more substantive pieces for you faithful fans of the M6P)! 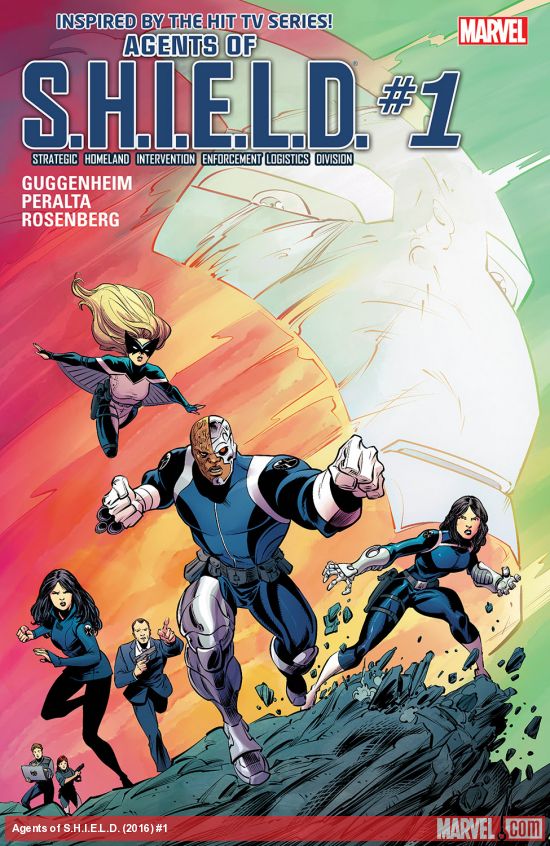 What we know: Tales of espionage and agent interaction abound in this new series set in the Marvel U, but inspired by the hit Agents of SHIELD television series!

Pros: Marc Guggenheim has made a name for himself as both a television writer and a comics writer, setting him up as perhaps the best of all possible candidates to help the concepts and character relationships of the Agents of SHIELD TV series transition into the All-New, All-Different Marvel. German Peralta’s solid, but humor-friendly style is a good choice for conveying the comedy infused, suspenseful tone of the live-action series to the comic’s page. The roster includes core series characters Phil Coulson, Mockingbird, Deathlok, Quake and others. Why does all this matter? Combined, these attributes seem like a formula for attracting fans of Marvel television into giving a monthly comic a try, and perhaps add a new group of readers to the stable of Marvel fans. If that’s the intent, this book certainly seems constructed to do its job.

Cons: Nothing about the formula seems to be a guarantee that even if it pulls in new readers that they’ll stick around when this book’s continuity doesn’t track with that of the show. This makes it even less likely that these new readers will be inspired to check out a different Marvel series on the heels of their first 22-page purchase. Coming at it from the other angle, there’s not much to tempt current Marvel readers who aren’t already fans of Agents of SHIELD. This may result in a wash for Marvel where the only group of large potential readers for this book to stick with it past the first issue are those fans who are already invested in monthly comics reading and weekly viewing of the SHIELD serial. If Guggenheim and Peralta can bring the quality, they may be able to hang onto this group and bring in a few new readers. If not, there isn’t much to suggest long-term success for this series. For all Peralta’s character work is quite expressive, and is well suited to engaging close-up character interactions, his backgrounds and larger scenes tend to be sparse and workmanlike. This is a deficit that, unless it is corrected rapidly, may hamper the series’ ability to connect with existing comics readers with lofty expectations for interior art.