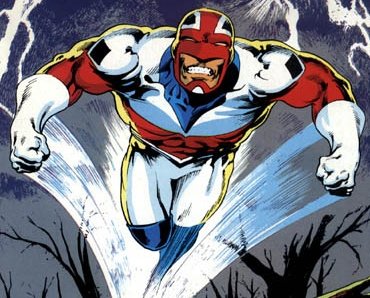 Why We NEED a Captain Britain Television Series

Earlier this week Ciara McAvoy, a poster artist/graphic designer affiliated with Marvel Television made a few tweets suggesting that a Captain Britain television series might be joining the likes of Daredevil, Jessica Jones, Luke Cage, Iron Fist, Agent Carter and the Agents of S.H.I.E.L.D. 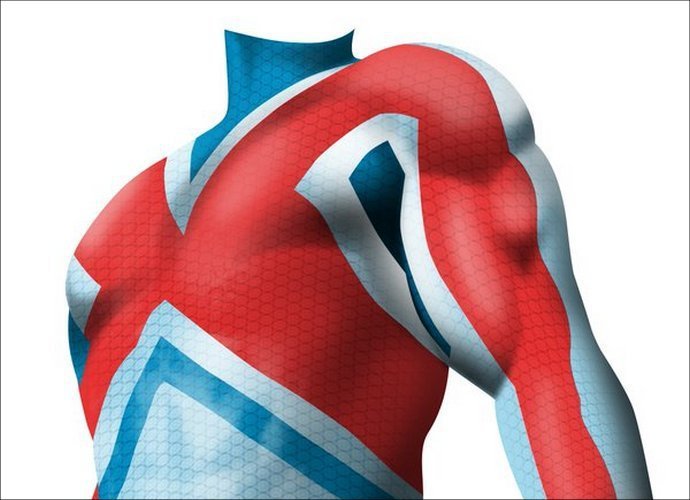 On Thursday we heard form Marvel Television Producer, Chris Lark who indicated that the show is in the proposal and development phase, not fait acompli, with the following statement:

Ladies & Gentlemen I’m here to confirm that I and my co-prod Eleni Larchanidou are working on a Highlight Reel for a TV series based on the Marvel Comics character #CaptainBritain for 2017. Right now we are in very early stages of development for this idea and working on things like the budget for this Reel to take to Marvel for 2017 with hopes of them helping us with the series. Thank you so much for your interest in #CaptainBritain and expect more news later this year and early in 2017. Thanks so much also to @CiaraMcAvoy1 for her help with this series project too. 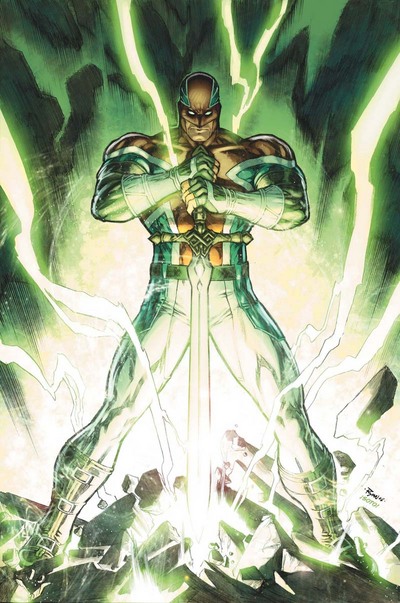 I’m sure some among our esteemed Body Politic are as familiar with Captain Britain as I am (possibly too familiar), while others among you may have no knowledge of the character at all past what he looks like, and the bulk among us fall somewhere in the middle. Knowing the character and his history as I do, I’m of the opinion that, as fans of Marvel Comics in general, and the 616 in particular, we should all be very supportive of the development of a Captain Britain series. “Why,” you ask, “should we be gung-ho for this relatively C-List character, that many of us have never read before?”. Well, I think I can make a rather strong case for this, and I suspect by the time I’m done making it many of you will be joining me in lobbying Marvel Television for an All-New Captain Britain television serial. 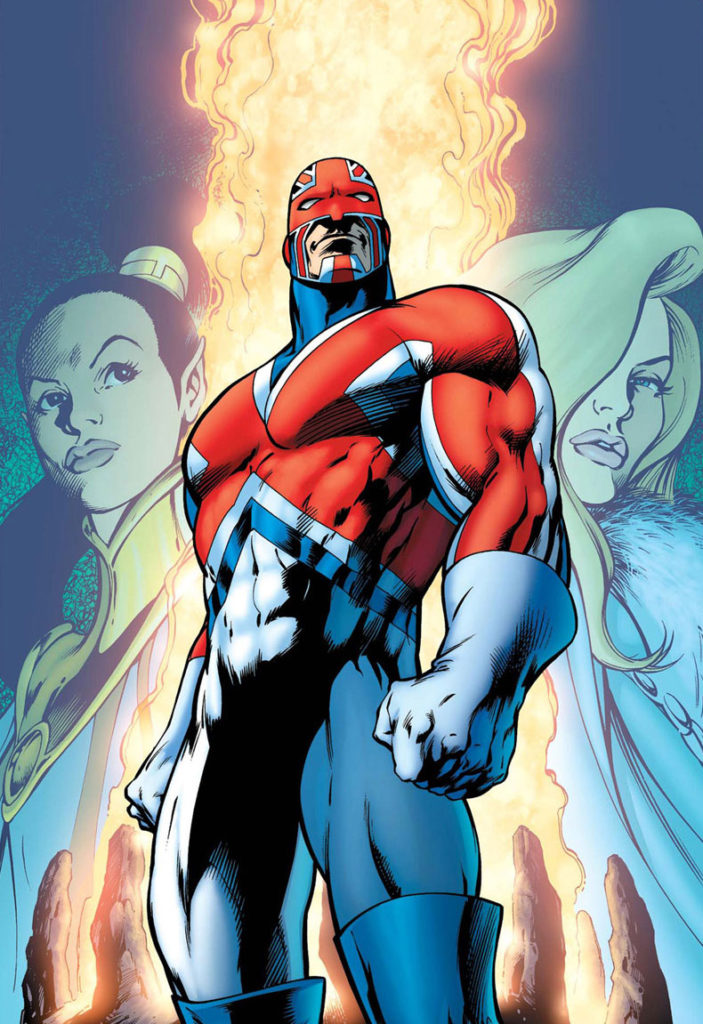 So, who is Captain Britain?

X-Men fans may readily recognize the name Brian Braddock as that of the twin brother of the X-Men’s telepathic Titaness Betsy “Psylocke” Braddock, but beyond his familial affiliation with the Merry Mutants Brian, as Captain Britain, has a rich history of his own. An orphaned member of the English aristocracy and physics student, Brian is not a mutant like his sister (and their older brother Jamie) though he has, on occasion, been identified incorrectly as such. His powers are mystical in nature, bestowed by the legendary wizard Merlyn and his daughter Roma via magic artifacts (or antediluvian, multidimensional super-science if you prefer) when they resurrected him following a fatal car crash. Sometimes the Captain’s Thor-thrashing strength, speed, reflexes, senses, ability to fly, and virtual imperviousness are a straight product of these enchantments. On other occasions, seemingly at Merlyn’s whim, they have been limited and enhanced by the Captain’s proximity to the British Isles, or (my personal preference) his self-confidence. In any case he’s a flag wearing champion to challenge Steve Rogers or Mac Hudson.

Why should we care about his stories?

Most readers who have read the key Captain Britain stories and their extension in the work of Chris Claremont and Alan Davis on Excalibur will be happy to launch into a laundry-list of reasons. Since I happen to be the Captain Britain fan who’s writing this I guess it’s up to me to organize the case!

Brian Braddock is an excellent Marvel hero. The Captain is a hero who, in the true Marvel mold, struggles tremendously with his insecurities. He makes mistakes. Most readers, or viewers (or human beings), easily identify with making mistakes regardless of whether they resemble CB or not. The feeling of failure is something that becomes even more significant and profoundly illustrated in the form of a character whose powers are literally dependent on his ability to believe in himself. Deep down the Captain is bright, tenacious, and noble-hearted, but he’s also frequently overcome with uncertainty, guilt, stubbornness, or uncertainty. This is a role worthy of an able actor.

As the supporting cast goes, Captain Britain has one in spades. We’ve already brought up his twin-sister Betsy. Before she was appropriated for the X-Men (and later underwent a convoluted reassignment of ethnicity) she was never referred to as a mutant, simply as a psychic. Her superheroic cognomen didn’t even present herself until she was firmly residing at Xavier’s School for Gifted Youngsters, and this may provide some licensing leeway for Marvel Television to use the character without violating old agreements with the vulpine holders of the X-license for film and television. Even without Betsy there’s still the eldest Braddock sibling, Jamie. Admired by Brian as a child, but a bit of a bully, Jamie Braddock’s got his own dark secrets and idiosyncrasies that make him a character worthy of exploration. Betsy’s fellow psychics in British intelligence expand the cast, as does Dai Thomas, the gruff Scotland Yard inspector with little patience for superheroes interfering with law enforcement. Sardonic Super-Spy Pete Wisdom might even make a fine foil for the Captain’s more upright brand of heroism. 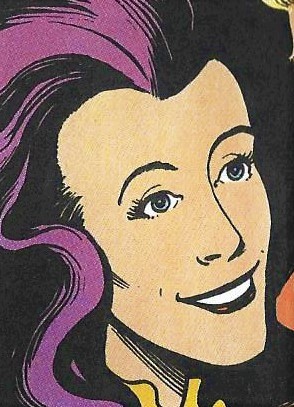 Things aren’t all so down to Earth though. Joining the Machiavellian Merlyn and his daughter Roma is the Otherworldly bureaucratic beauty Saturnyne (with designs on Brian’s affections).  When trouble arises Brian and Merlyn’s ally the Black Knight could always make an appearance, positioning this sometime Avenger to make the leap from the comics’ Mightiest Heroes to the cinematic team. The wild alien mercenaries and bounty hunters of the Special Executive and the Technet stand to make good frenemies for our hero as well.

If villains are more your thing – let’s just say there’s a good reason I’ve never bothered to do a Rogue Roulette for Captain Britain. Despite possessing any super-powers, the assassin Slaymaster was always skilled enough to face Captain Britain directly. Female crime-boss the Vixen could give Wilson Fisk a run for his money. Though associated more with the X-Men by many readers the theme-park loving, assassin and extortionist Arcade actually got his start as a Captain Britain foe and has harried his first rival regularly. The Alice in Wonderland themed Crazy Gang infuses a lunatic absurdity into their confused brand of menace. Mastermind the Living Computer is an old family friend maddened by isolation into becoming a calculating foe. Speaking of family, I believe I’ve already mentioned Jamie Braddock might have some issues with Brian. There’s also the big guns. In this corner we’ve got the Fury, a highly-adaptable, cybernetic, superhero-murdering, nightmare organism that makes the Sentinels and the Phalanx look as threatening as Aunt May. Meanwhile, Mad Jim Jaspers is a reality manipulating, minister of parliament with deteriorating sanity, and ambitions of fascist dictatorship, and superhuman genocide. 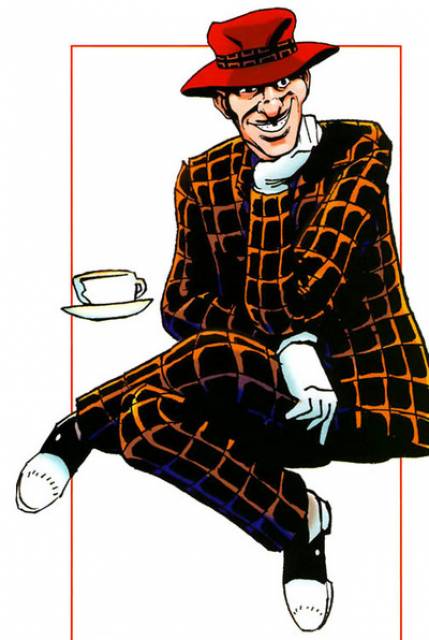 We can’t forget the Captain Britain Corps either! The multiversal protectors of all reality, Brian Braddock is the most local representative!

In thinking about the value of Captain Britain, it’s important to recognize the work of three key creators. Chris Claremont gave Captain Britain life in his first adventures (with Herb Trimpe on art and initial character design), before returning to the character in his runs on Excalibur. Likewise, artist-cum-writer Alan Davis has had numerous tours of service with the good Captain as an illustrator of others’ tales and as many more penned by the man himself. There’s also a fairly popular writer by the name of Alan Moore. Before Watchmen, before V for Vendetta, before From Hell, Whatever Happened to the Man of Tomorrow, The Killing Joke, Supreme, and the America’s Best Comics line, before even Marvelman/Miracleman between 1981 and 1984, Moore (with Alan Davis) was The Original Writer for Captain Britain tales in Marvel’s UK publication The Daredevils (an anthology featuring original Captain Britain and Night Raven stories alongside reprints of American Spider-Man and Daredevil adventures). In addition to the aforementioned characters, concepts and story elements that have their origin in this run and Claremont’s preceding work (also credit where due to Dave Thorpe, who handled the character, largely with Davis, between Claremont and Moore). It’s notable that many of the thematic elements of Jaspers’ Warp would be further unpacked and used to significant critical acclaim in Moore’s later, more well-known work. Having read virtually all of his bibliography, I believe the delivery was as adept in Jaspers’ Warp as any efforts he made later in his career, and perhaps more succinct. 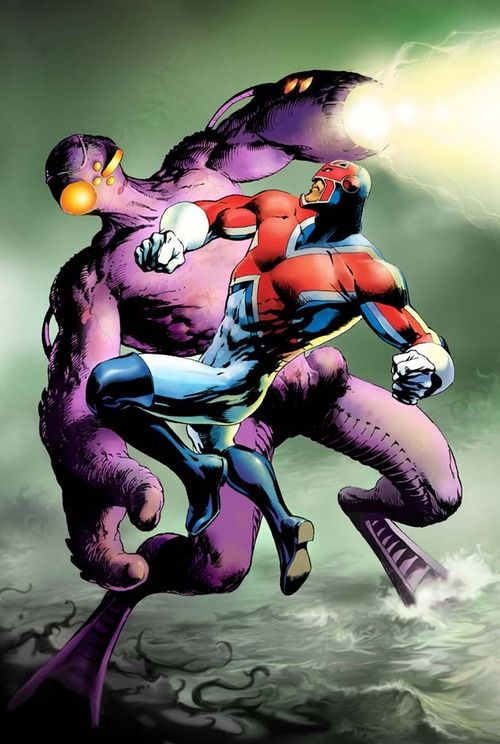 In “Rough Justice”, the 7th chapter of Moore’s run, Brian Braddock is identified as the Captain Britain of Earth-616. By extension, in short order, it was revealed, confirmed, and codified that the Marvel Universe we had long known and loved was, and always had been Universe 616. I can’t say so with absolutely certainty, but to the best of my knowledge, it’s a love of that Marvel Universe, the 616, that unites all of us who constitute the citizenry of our distinct comics-fan community. 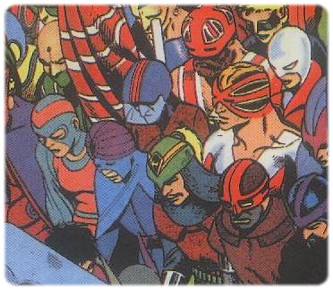 A Captain Britain series is the perfect opportunity to introduce the 616 concept to the larger Marvel Cinematic/Television Universe. This could lead back around from the present era of our ongoing comics being led by the storylines, line-ups and concepts being featured in the films, to one where it is the comics themselves where new stories are pioneered. The alternative is a stagnation where the limitless possibilities of the sequentially illustrated medium where our beloved heroes were born are restrained by the limitations of cinematic effects technology, run times, and budget considerations. Furthermore, too often, the stories of the live-action productions are adaptations of highly celebrated stories from the comics. When writers and artists of Marvel books are then required to write stories that reflect the plots and themes of the latest releases we readers are served an adaptation of an adaptation, and enter an ever-depreciating multiplicity of recycled storytelling at the expense of exploring stories and characters that are truly All-New and All-Different. My hope is that if Captain Britain can lead us through the Jaspers’ Warp to unleash the full depth of the 616 into the cinematic sphere, we will enjoy a renaissance of exciting new stories to rival classics like Days of Future Past, The Galactus Trilogy, Kree-Skrull War, and Civil War. Believe it or not this CAN be done True Believers! All we have to do is ask for it to be done (and to be done well). Long live Captain Britain on Netflix! Nuff said.