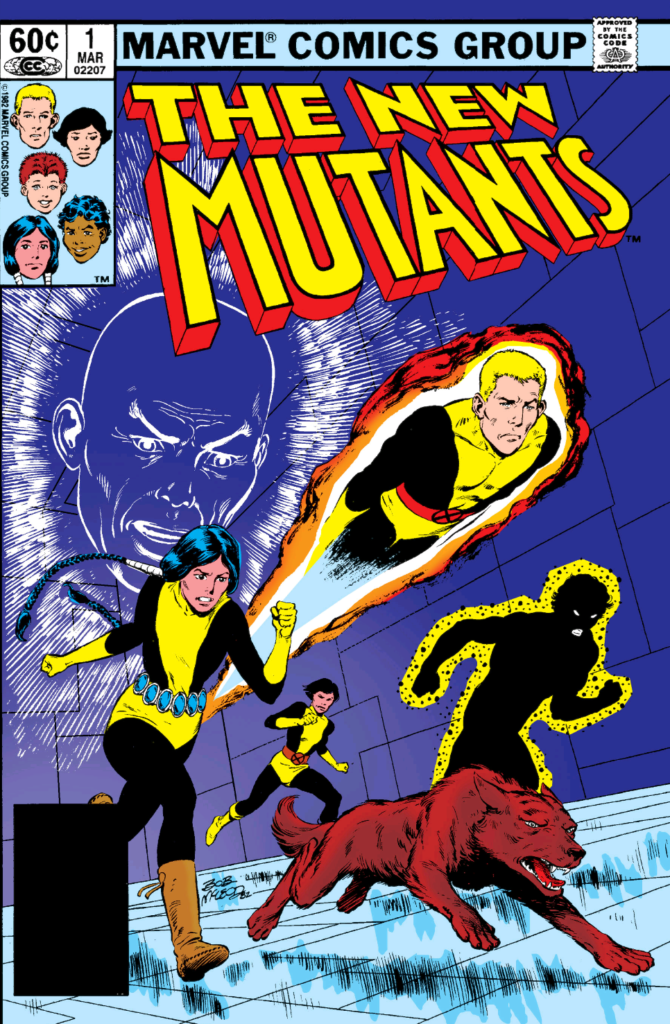 New Mutants #1 is a continuation from Marvel Graphic Novel #4 (Sept, 1982) which featured the first appearance of every member of this team except for Karma, who first appeared in Marvel Team-Up #100 (December, 1980), and is a series set around the student team created by Xavier to help gifted youngsters hone their mutant gifts after he swears off being part of a team superheroes. 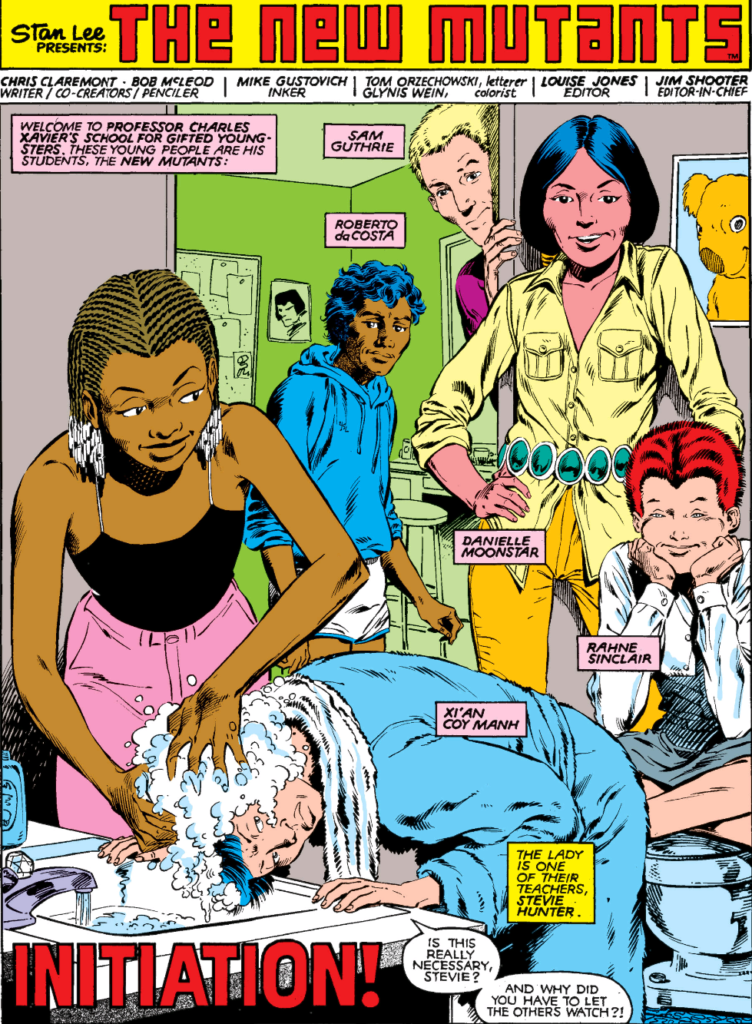 The issue starts out with the teenage team sitting together as their teacher/mentor Stevie Hunter gives Karma a haircut/washing. There is a good repertoire between the team until Dani Moonstar accidentally unleashes her power giving us and her teammates a look back at Karma’s tragic origin story involving the death of her parents by pirates in Vietnam. Karma is embarrassed by this, but more so enraged at Dani for the invasion of her privacy. This sets up the major storyline of the issue involving Dani Moonstar’s self-doubt and fear of failure. 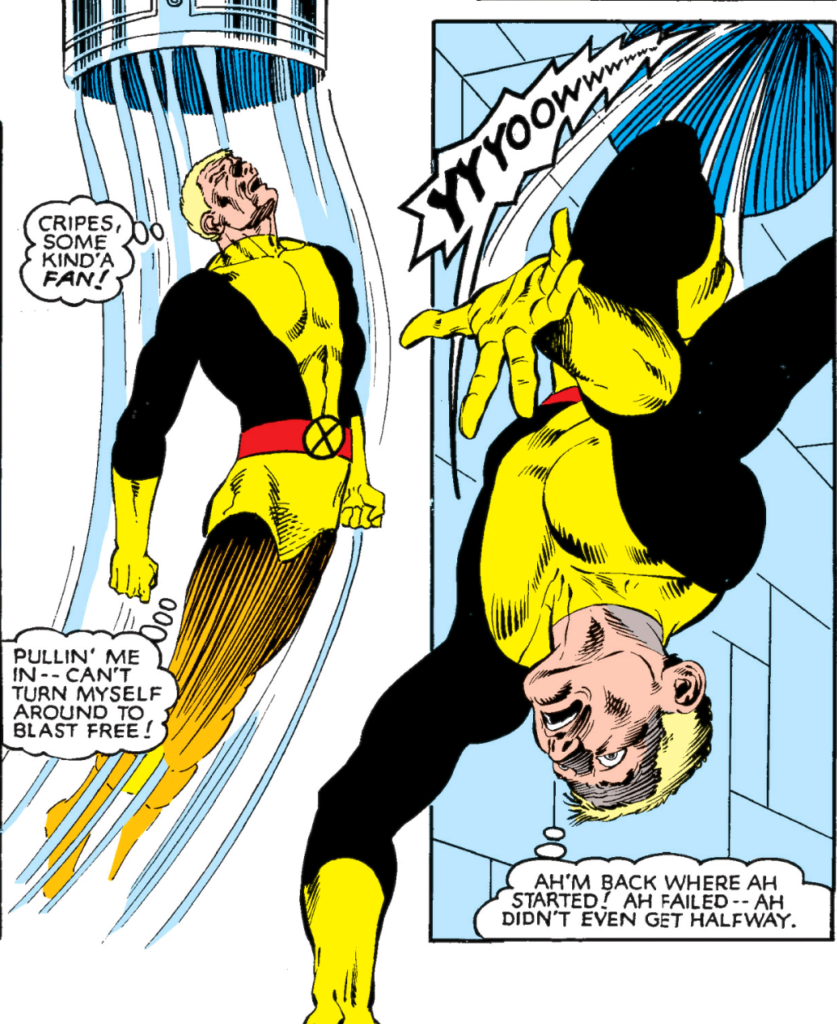 There is a small subplot established featuring Moira MacTaggert and Illyana Rasputin being requested by Ambassador Haller to help out a young autistic man which we find out may be Professor Xavier’s son. This is balanced by the rest of her team individually going through the Danger Room for the first time, in which all fail to succeed. All seem good humored about it, but Dani who is full of self-doubt and fear runs off.

She’s given a small pep talk by Wolfsbane, who then heads out with the rest of the team for dinner leaving Dani alone at the estate. Dani finally gains some confidence, and runs through the Danger Room on her own. She is the only one of her teammates to actually make it to the exit, but a mysterious and anonymous hand at the console of the Danger Room causes her to be knocked back into the room. In the final scene of the issue, the individual then turns up the Danger Room scenario to a dangerous level for only the most experienced of X-Men with Dani trapped inside. 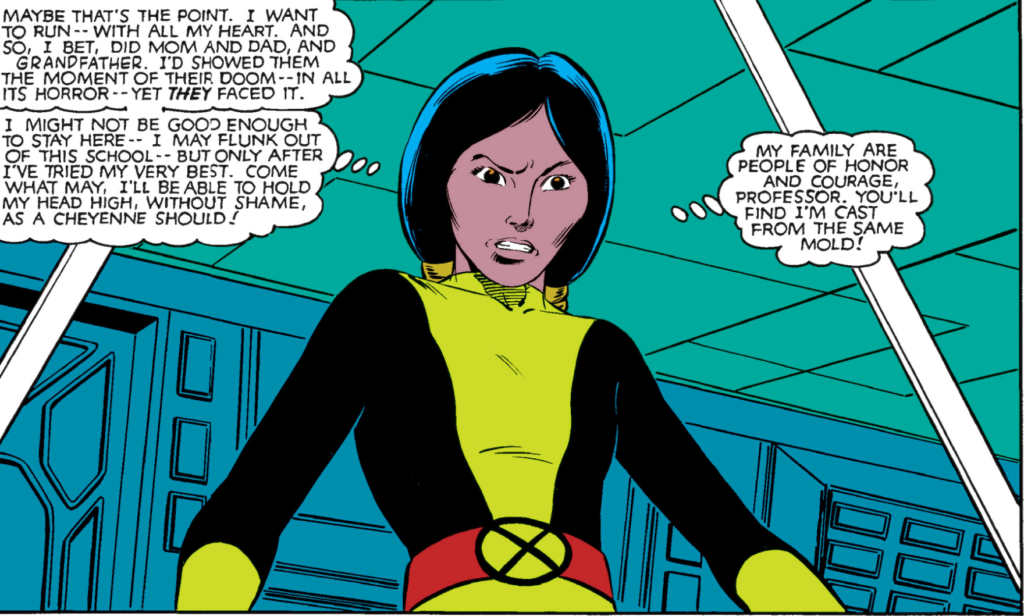 It goes without saying that both Claremont and McLeod are industry legends, and Claremont doubly so for his work on defining the X-Men. First and foremost, this helps solidify the book as still relevant today. If you’ve enjoyed the other New Mutants series from a few years ago, Avengers World, X-Factor, or the all-female X-Men series there is an added quality to this book seeing the beginnings of these characters and knowing who they turn into. Although she isn’t as prominent of a character today, in the post-Schism New Mutants series seeing Dani Moonstone as a strong and powerful leader of the team was excellent. In the reverse fashion, it’s also interesting to see this joyous peak that Wolfsbane starts on to see her decent over the years into a more dower, pensive, and violent mutant.

In terms of a modern reading going back and reading this series for the first time, of course I’m going to give a slight warning if you’ve never read a comic published before 2000, that the writing style in general has dramatically shifted in some ways for the better and in others for the worse. Expositionally, this and other comics from this era leave less guess work for the reader and allow often a deeper insight into the motivations and inner workings of the characters. Issues from this time period can drown in needless exposition involving a character explaining point-by-point every action they are taking instead of the art delivering where it is supposed to. Luckily this issue isn’t the latter, and I think it wouldn’t be too jarring of a read for a modern reader to go back and visit.

In terms of being for modern readers, there is a movement which likes to paint comics published during the dreaded “Comic Code” days as being racist and sexist, and while there are comics which possibly give credit to that argument, this is one of the great comics that is over thirty years old and is more diverse that most modern series. The series revolves around a Native American female (Cheyenne to be specific), a Vietnamese female, a Southern male, a Scottish female, and a Brazilian male all under the tutorship of an African American female. I’m not sure how you make a much more diverse comic than that. With such a diverse cast you don’t feel like you’re reading a series that is forcing these different cultures together. Like Claremont’s other X-Men title, he establishes that mutants are a global phenomenon and as such the X-Men are an international team which encourages diversity. While Stan Lee’s original incarnation was as white as the cast of Friends, he even established in a small way that this is what the mutant books should be about. That’s not an attempt to politicize this book or the issue (not the comic issue, but the social issue), but to point out that this really is a welcoming book to whoever you may be.

If you’re a modern X-Fan, I’d recommend checking this issue out if you’ve never read this series. On top of that, it is one of those great issues that also holds up if you haven’t read it either since it came out or if it’s been a couple of years. If you want to check it out cheaply, I recommend buying it for $1.99 on Marvel’s digital platform or on Comixology (which you can sync you Marvel Digital copies with). If you already love the characters, then I’d recommend finding the trade edition which has issues 1-8 of this series along with the team’s graphic novel premiere.