In what became a storyline either hated or just not read, the usually reliable Rick Remender killed off Frank Castle and turned directly around to resurrect him in one of the most original yet often hated ways. For a character with no superpowers who is generally hated by most of the 616, this was surprisingly the first in continuity death Frank has faced. It’s slightly better than the time he pretended he was black.

At the end of Secret Invasion, Norman Osborn is considered the hero of the Skrull battle in Washington DC. A discredited Iron Man and absentee Nick Fury create a power vacuum at SHIELD, which Norman Osborn fills. The period known as “Dark Reign” begins.

During this time, a series of one-shots titled “Dark Reign: The List” covered the impact of Norman Osborn’s Dark Reign on his former enemies and proper heroes. Norman, seeing Frank Castle as an obvious threat, sends a fleet of glider riding SHIELD agents and Daken after him. After a grueling and fairly gory chase, Frank and Daken face down on the roof of a building. At this point in time Daken, furious with Frank for pushing his healing limits, takes Frank apart… literally. In a graphic and gory fight, Frank is slowly dismembered, has half of his face ripped off, and is then beheaded. Daken adds insult to injury by dicing Frank’s dead body into pieces and then kicks them off the side of the building into an alley.

Frank Castle is dead, at least until the very next issue in the story comes out. 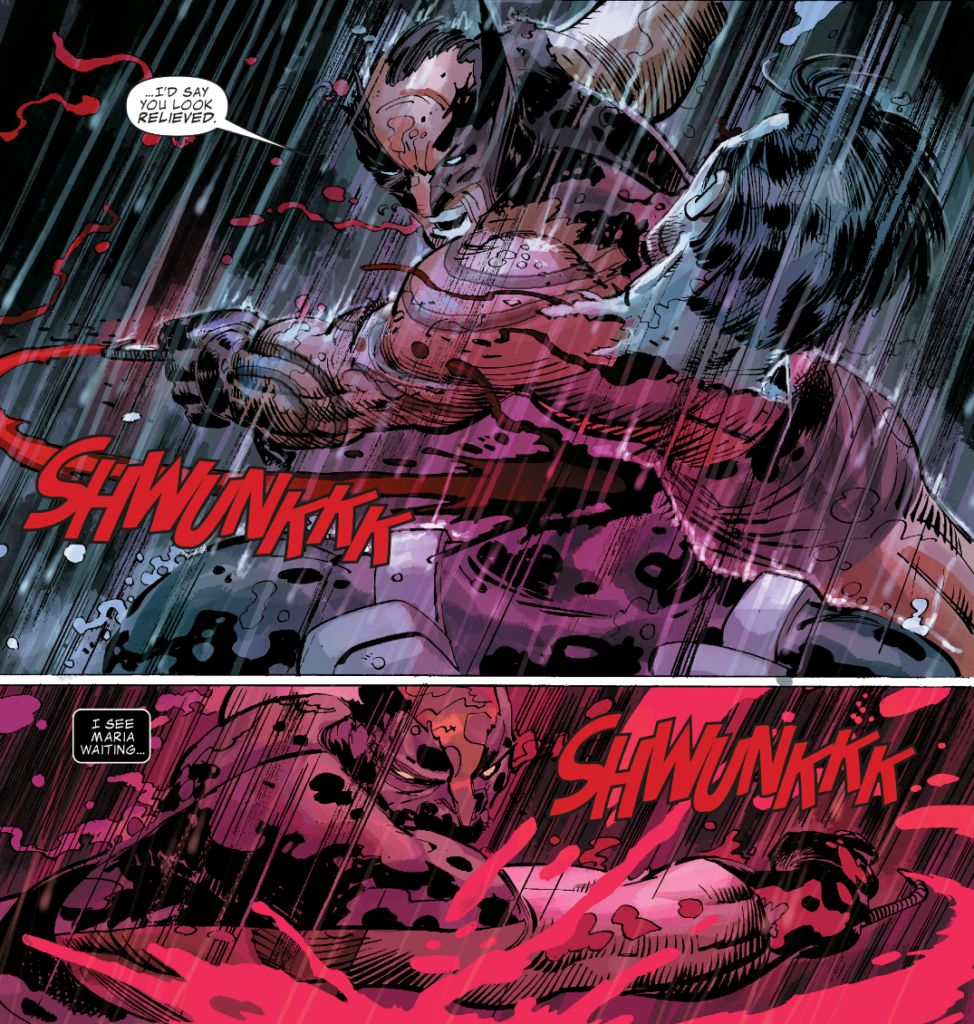 In the next issue to this story, Punisher v7 #11, Moloids are collecting the pieces of Frank all while being protected by Man-Thing. A disorientated and crazy Frank awakes to see Jack Russell and Michael Morbius performing surgery on him. Frank tosses them away and then sees his reflection in a mirror. He is no longer The Punisher; he is now Frankencastle. Morbius has brought him back to life as a Frankenstein’s creature type to help them defend the monsters living on Monster Island. 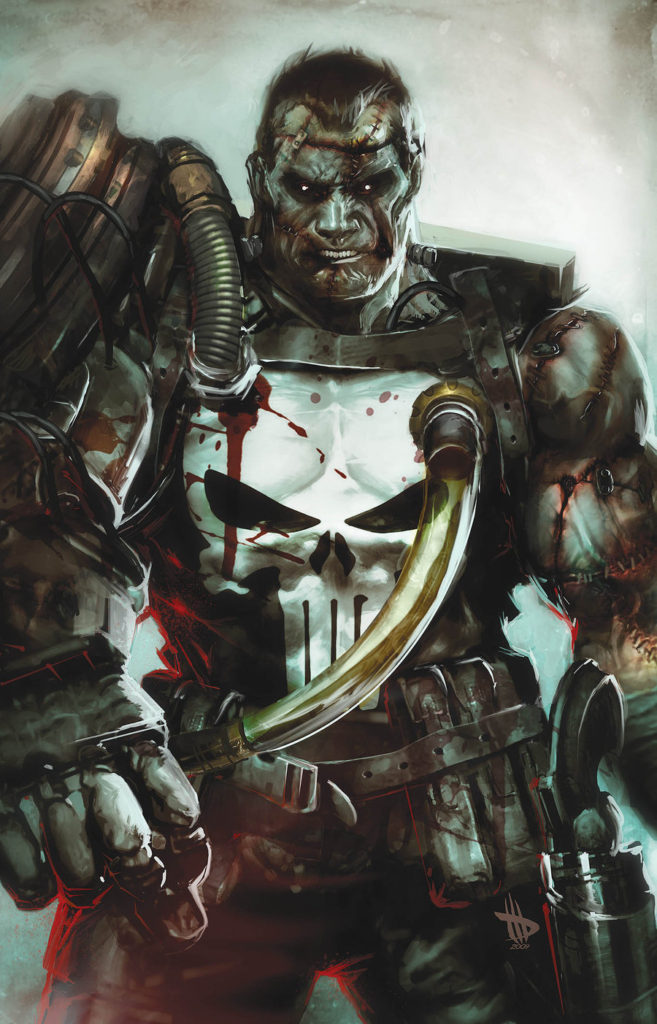 That is how Frank Castle aka The Punisher lived, died, and lived again. To any fans who have paid attention to Remender’s career, even if you dislike this storyline it really isn’t too far off from the type of off the wall, atypical work he is known for creating.