The Exiles was a fun read! It took some random alternate versions of various X-Men and Marvel characters and threw them into crazy adventures throughout alternate timelines! It was funny! It was serious! It was an excellent read! If you haven’t read anything about the Exiles, I’d suggest going back to the beginning of Judd Winick’s run on the book and go from there. Meanwhile, here are my picks if Exiles were to become a movie! 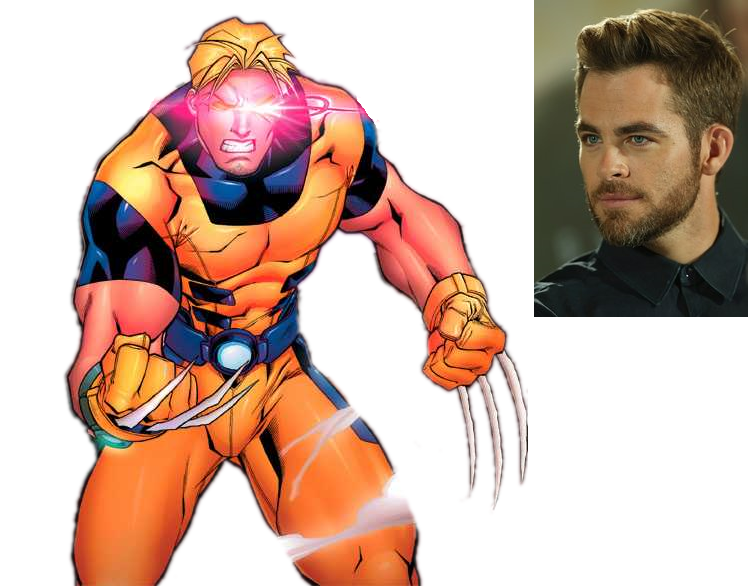 While the leadership of this team flipped around quite a bit, Mimic was always the strongest leader. Not only does Chris Pine look the part, but he’s proven as the reincarnate Kirk he knows how to play a rebellious leader.

While most of our memories of Jordan Hinson are watching her grow up on the first few seasons of Eureka, she’s actually a woman now and at the perfect age to play Blink. Not only that but I seriously believe her features would make her an ideal candidate to play the real life Blink. Also, with as young as she still is if this movie turned into a series of movies she could play this character for an extended period, and become one of the common threads tying this potentially revolving door cast together. As great as they made Blink look in the Days of Future Past movie (still probably my favorite parts of the movie), let’s remember her last name his Ferguson. 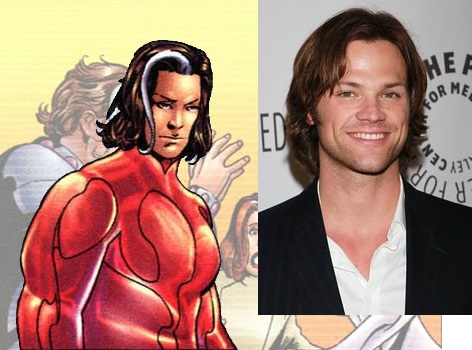 I’m going to be honest that I’m not a huge fan of Supernatural, but that fan base is so rabid that having him in this movie will instantly make it their favorite before it even comes out in theaters. The amount of free publicity this movie will get on social media because he is in it would be insane, and he’s not even nearly the best actor in the film. He has a diehard following, and he could pull off the son of Magneto and Rogue just fine. 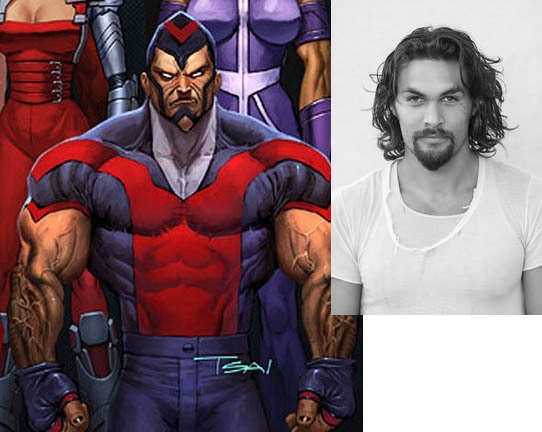 I know you’re wondering why I cast a Hawaiian as a Native America, but give me a second to explain. I’m a racist. No, if you’ve read the series then you’d know that this alternate version of Thunderbird was a horseman of Apocalypse. Because of this, the character looks slightly alien, and also I don’t think it is as critical to make sure the actor is correct ethnicity when you can’t even tell by the character’s appearance what he is. We need a large actor to fill this large role, and Momoa is it. 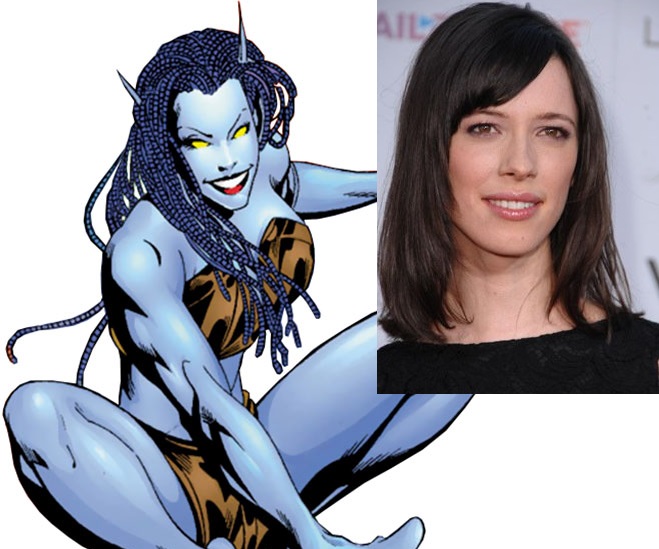 She was in Iron Man 3, but this would be produced by Fox and given the prosthetics for this role average film goers might not even connect that she’s the same person. She has joined casts for some other strange movies including The Prestige, The Gift (very good if you haven’t seen it), and Transcendence (she’s very good in this mediocre ripoff of Crichton’s Prey), so while this role may seem atypical for her, given an interesting arc of the character I think she’d be on board. She is an extremely gifted actresses who could pull of the daughter of our favorite blue Mutant (sorry, Beast). 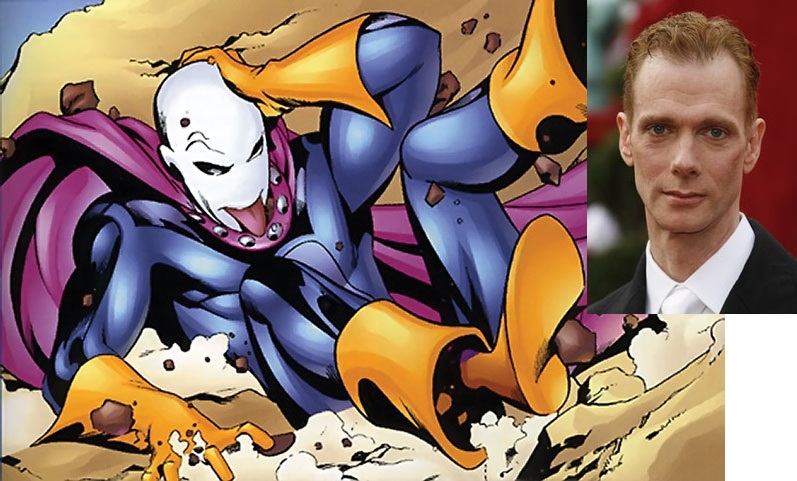 I’ll admit that my original actor for this role was completely different than this choice (Robin Williams, which only tells you how long ago I originally wrote this piece), but as I thought about it this role needs someone physically to stand in and act and represent the character. I then started to think about the few times Jones has actually been allowed to use his real voice, and while it may not be exactly what you read when you read the comics, Doug Jones has a jovial nature which would lend itself to playing this character. He’s also extremely talented enough to hint at the darker side of Morph which he hides with humor.

Here I go again casting a Korean for a Japanese character. I’m a racist. Truth be told, Korean cinema is producing some of the greatest and most original storytellers movies I have seen in a long time. They are introducing us to amazingly skilled actors and actresses, and Ah-Sung Ko is one of them. I first saw her in The Host (not the American movie which is completely different and awful) and recently saw her again in Snowpiecer (which is a fantastic film with an awkward ending). There is no doubt that she could bring a brilliant depth to this character. 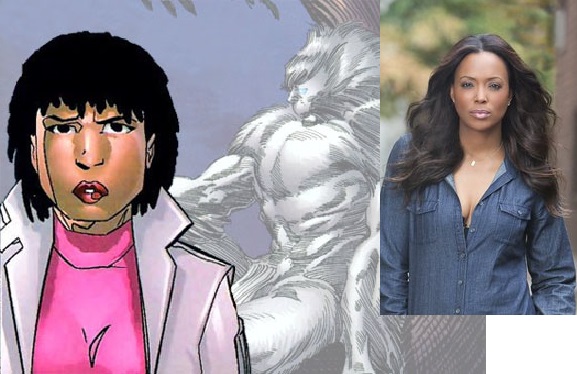 Not only is she beautiful, but she’s also hilarious. While that’s not entirely a definition of this character I have a hard time not imaging an attractive woman who turns into a Sasquatch not having a heavy dose of sarcasm as a defense mechanism. 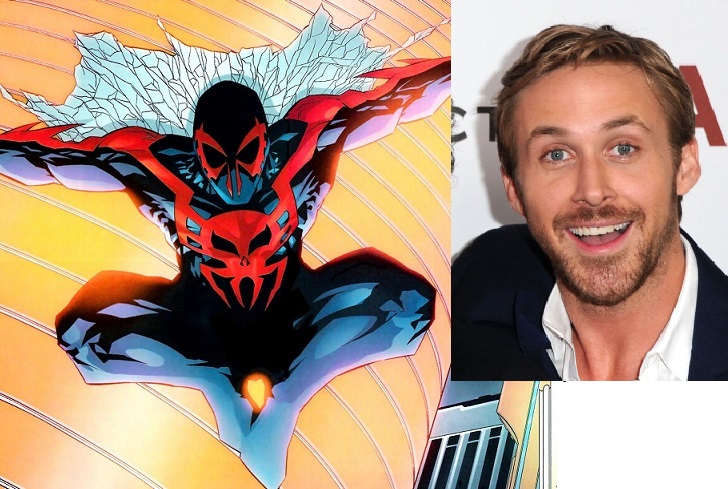 While this choice may make people angry, I don’t entirely care. 2099 has an intensity to the character that is much greater than Amazing. I always felt that he was a character restraining back a darker and much more violent side of himself. Maybe I am wrong and read into this series incorrectly, but with that in mind and with a few of the darker and more violent films Gosling has done I think he could be perfect to play O’Hara. 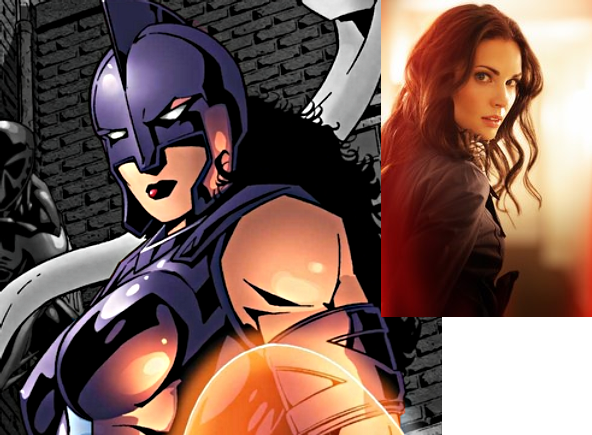 While on the surface she appears way too thin, like anything else she could easily put on some muscle like they’re having Wonder Woman do over at DC. Also, Zarda isn’t too complex of a character in the Exiles series, but Laura is a fairly talented actress who could pull out some details and complexity and make this character more than just a Wonder Woman rip-off. 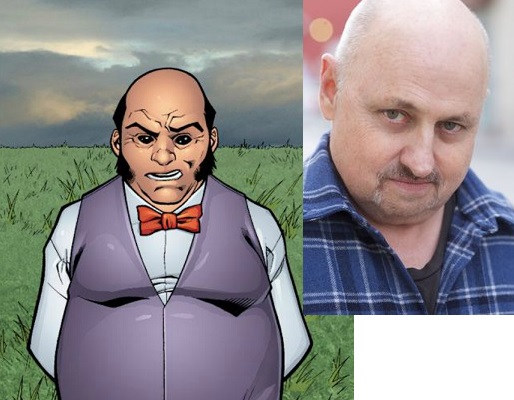 While his name is not one you are most likely know, he is a genius of an actor with a unique appearance who blends seamlessly into whatever role he is playing. I just defined a “character actor” which he is, but he is one of the better ones out there. Sin City, Snowpiecer, and The Black List are just a few of the his roles that show not only his talent but his diversity. 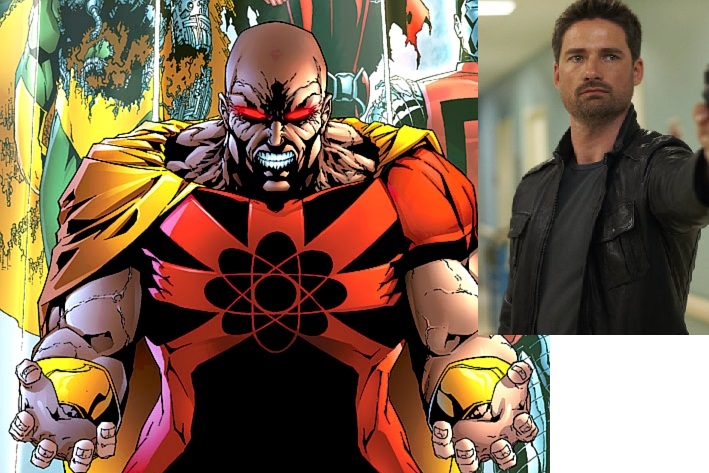 If you read this series then you have an idea why I put him as the villain. His arc as the villain in Exiles was my favorite story in the series. While my choice of actors to play him may seem strange, I wanted someone who was reminiscent of the actor playing Superman, but still different. This character, after all, is a Superman rip-off, so acknowledging that from the start gets any back peddling out of the way. While Warren hasn’t played too many villains I think he could portray this power crazed demigod perfectly.