Live and Let Die and Then Live Again: Professor Xavier 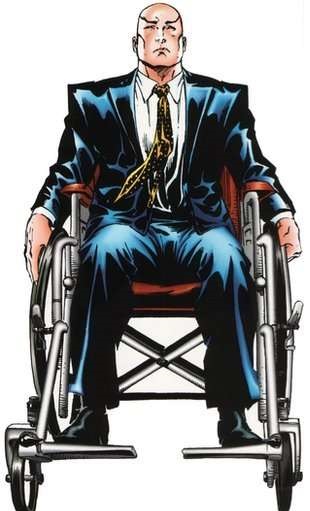 Today we are covering Professor X’s death and resurrection. To those of you who haven’t been reading comics for too long you may be wondering if Professor X has come back to life since he died in Avengers vs X-Men. I’m sorry to say that we are not covering that death, from which he has yet to recover.

We must go back to issue #42 of X-Men published in 1968. In this story, the X-Men are facing the sub-human Grotesk. A machine has been built to prevent earthquakes, but it has disturbed Grotesk so he is on a mission to destroy it. Tampering with the machine though could back fire and kill off mankind/mutantkind. The X-Men confront Grotesk in an underground lab where they battle. Grotesk attempts to activate the machine, but ends up destroying it and he apparently dies in the blast. The X-Men, thinking they are victorious, then realize that Professor X was caught in the debris from the blast. Within a few minutes Professor X dies in Angel’s arms from the trauma of his wounds. 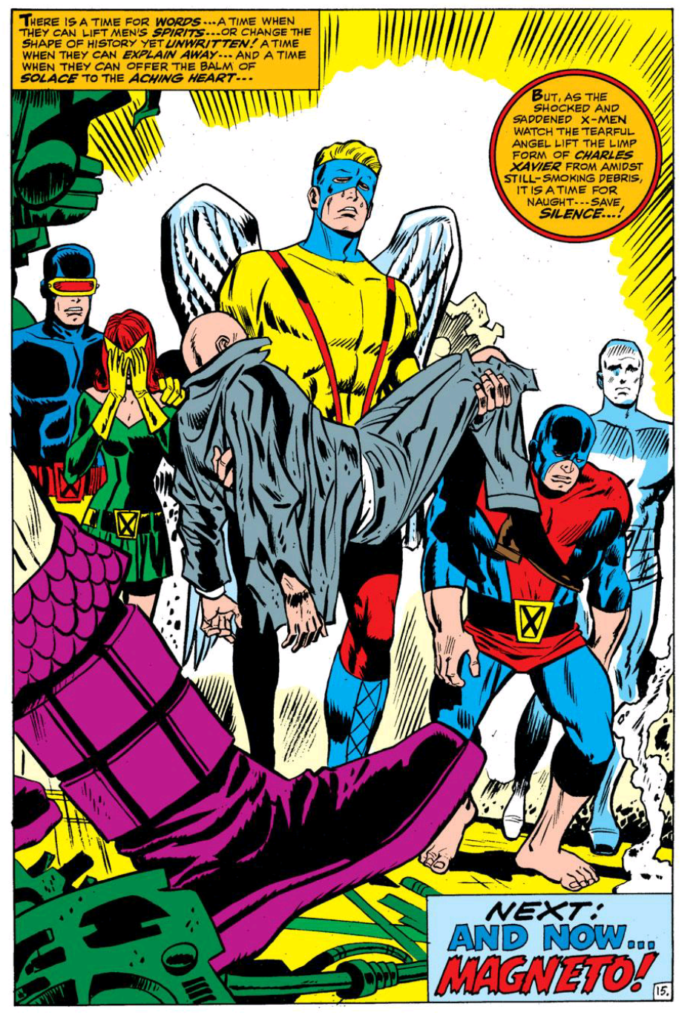 Professor X died and the X-Men meandered through their next few adventures before basically calling it quits.

This lasted until X-Men #65 published in 1970. Havok and Polaris brief the team on the alien menace of the Z’Nox who are coming and attempting to conquer the Earth. The senior members of the X-Men have a difficult time believing these rookie members have such detailed knowledge of something so dangerous and important. Havok reveals that he is not the one who figured this out, but rather Professor X. Professor X then reveals himself and explains how it is he isn’t dead. It turns out that back around the time of issue #39, Xavier switch bodies with the Changeling. Professor X had needed time to mentally prepare for the invasion so he could hopefully repel it and the Changeling wishing to make amends for past crimes had taken Xavier’s form. Professor X had also given the Changeling some of his powers (which never really made sense). Jean knew about this because Xavier was always a sucker for redheads, but he had sworn her to secrecy. Technically the Changeling had died in Xavier’s place and Professor X just played the cruelest joke in the world on his students.

Anytime you wonder about writers making Xavier kind of a jerk and full of extremely dirty secrets, know this is just the start of a lifetime of awful things perpetrated by Professor X.