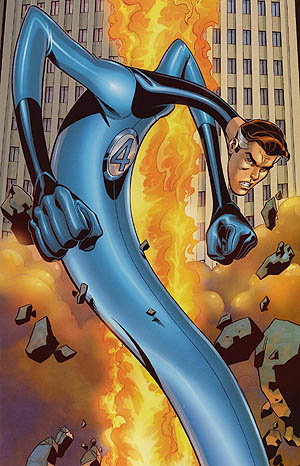 I’m certain that most people would argue the X-Men have the most convoluted continuity in the Marvel Universe, and given the sheer number of mutants involved in that series, maybe that they’re right. However, I think the argument could be made that for the small membership which the Fantastic Four has had, it has also had a confusing and convoluted history. One such moment was the not-too-brief period in the mid 90’s where Mister Fantastic died and was out the picture for just over two years of publication history.

In Fantastic Four #381, Tom Defalco started a twenty-six issue arc without Mister Fantastic. This period included the grown up Franklin Richards in weird body armor and the Skrull girlfriend of sometimes Johnny and sometimes Ben, Lyja. This was also where Nathaniel Richards would show up in the armor of Doctor Doom. These were some of the strangest of days for the Fantastic Four. This issue has the FF leading an attack on Doctor Doom’s castle in Latveria to rescue Ben Grim who is wearing a metal helmet for vanity reasons (Wolverine sliced him up good!). Eventually the FF join forces with Doctor Doom to take on a weird golden no named demon/alien. After an intense battle it appears that Doctor Doom is in bad shape. When Reed goes over to help him, Doom (being a jerk) apparently destroys both of them in a large blast. 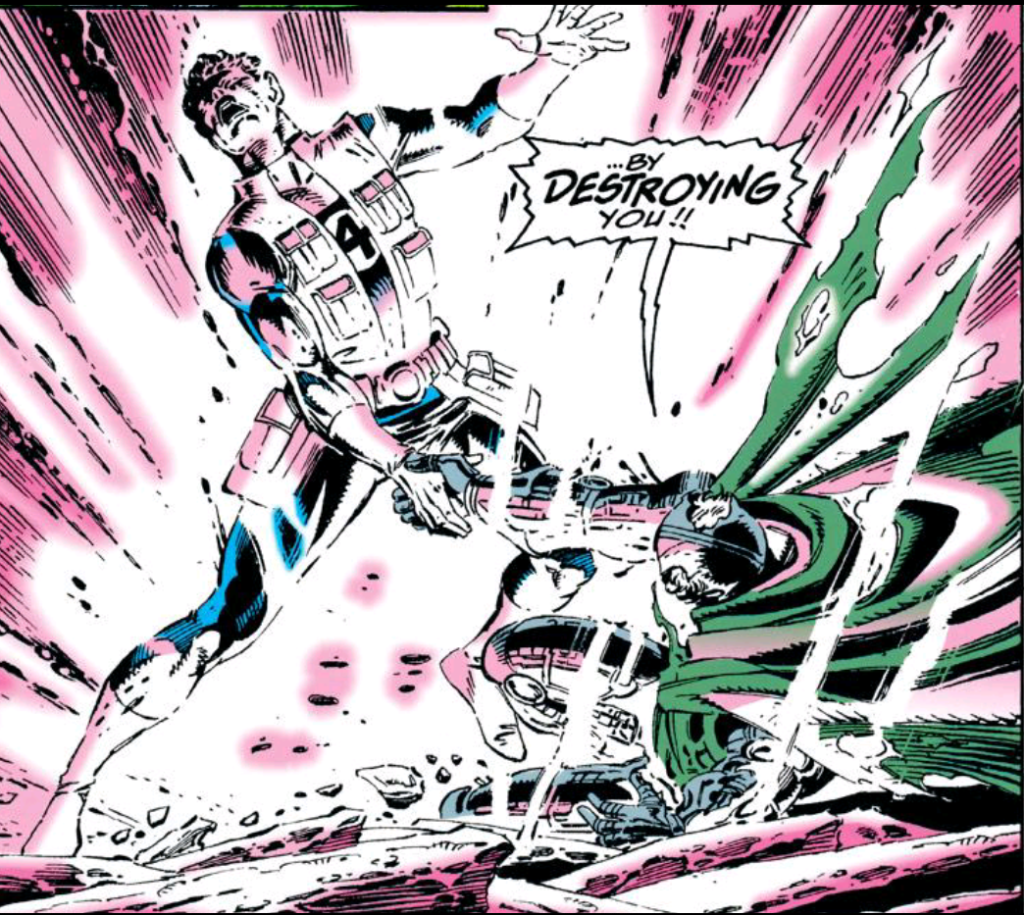 Mister Fantastic was dead, and apparently so was Doctor Doom.

After many issues, some that I quite enjoyed at that time, which focused primarily on Sue Storm not admitting Reed was dead and added a great deal of depth to her character, Defalco brought Doom and Reed back in issues #406 and #407 respectively. This was done just in time for the Onslaught epic which as we know took the Fantastic Four out of the 616 universe for a year and a half of mediocre stories.

In the story leading up to #407, it was discovered that when Doom and Reed apparently perished they were pulled forward in time by a futuristic villain named Hyperstorm. Doom was held in stasis while Reed was sent back in time and spent that period living in a cave. Sue, Ben, Namor, Lyja, and Franklin (from the future and now in Doom armor) were sent back to where Reed was and after a short scuffle, they all came home. The largest change to the characters was Reed now sported a scruffy and manly looking beard and long hair. 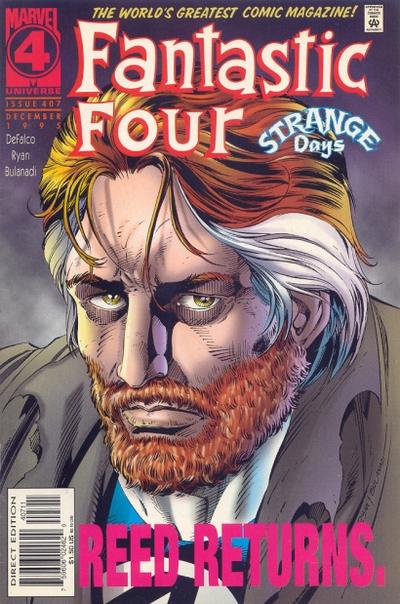 So went the life, death, and life again of Reed Richards aka Mister Fantastic in a story masterminded in total by a man synonymous with Marvel in the 90’s, Tom Defalco. While this was the period I first started collecting and reading Fantastic Four comics, for the most part this is a fairly forgotten period in the long and confusing run of that series.