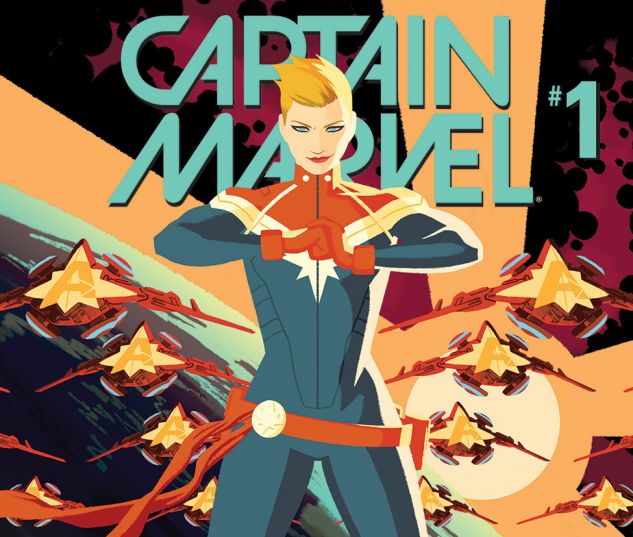 I don’t have much to say here.  What can you say, really?  Captain Marvel is no longer Carol Danvers.  There, I said it.  What has become the parody of Carol was once what she was.  Was it bad?  Was it sexist?  Was it off-color?  I can’t say.  (Come on, you can tell me.)  No, I mean that I don’t know.  (You don’t know?  You don’t know whether her booty costume was inappropriate?)  I’m not saying that.  I’m just saying that she is a different character now.  (Oh, because she changed her name?)  She didn’t change her name.  (Yeah, she did!  She’s Captain Marvel now.  Before she was Ms. Marvel.)  That’s not what I mean.  I mean that she isn’t acting like herself.  (Oh, no they wouldn’t do that.  They already did a Skrull storyline.)  That’s not what I mean either!  And besides, we just got done Civil War II.  Don’t tell me that they don’t reuse storylines.  (I think you’re wrong.  I don’t think she’s a Skrull.)  JUST FORGET IT!!!
Now seems as good a time as any to mention our sponsors.  We are sponsored by DCBService.com.  Get all your Marvel pre-orders for 40% off cover price.  They even have specials and clearance issues for up to 70% off!  And don’t forget their sister site, InStockTrades.com.  All orders over $50 are free shipping.  We are also sponsored by Community Retail Partnership.  Sign up to get discounts on all your Office Depot supplies.  It’s like a Sam’s Club card for Office Depot!  Go to crpsavings.com and sign up today for a lifetime membership!  Moreover, our third sponsor is michaelwebsolutions.com.  Do you need web solutions?  Call Darrin!!! Lastly, sign up at themarvelousbox.com to get your $60 worth of Marvel tpbs for $25 bucks!  And remember, until next time, make yours The M6P!
Stream – http://bit.ly/m6pep101
Download – http://bit.ly/m6pdl101
iTunes – http://bit.ly/The_M6P