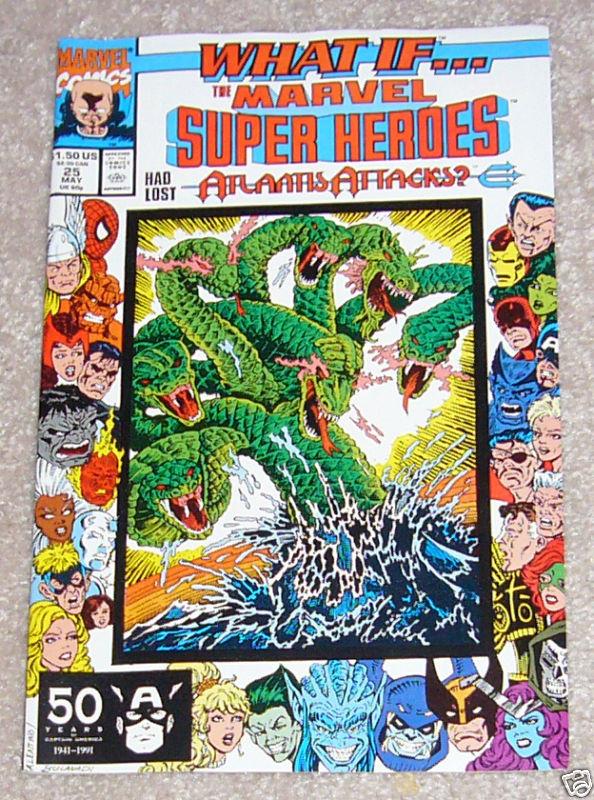 There are times in a comic reader’s life where they go from enjoying pictures and cool stories to realizing that they are actually learning about a giant interwoven tapestry of characters. Many times, this comes along in the form of crossover events where the characters interact and either fight each other or fight a force that they alone are no match against. This is about my first introduction to these events and the moment I truly made mine Marvel.

When I was around 11 or 12 years old, an old mill a quarter mile from my house started going through renovations and became an indoor strip mall. To this day, this mall is still open and is an incredible building with amazing character. But at this time, one of the first stores to come into this mall was an extension of a local comic book store. I couldn’t have been happier as a kid. I had a comic store that took me less than ten minutes to walk to and they had quarter bins. I would scrounge up money doing odd jobs for neighbors or take my birthday or Christmas money and build the foundations of my comic collection at this store. I even at one point worked there doing simple tasks, and because I was underage the manager would pay me in store credit. 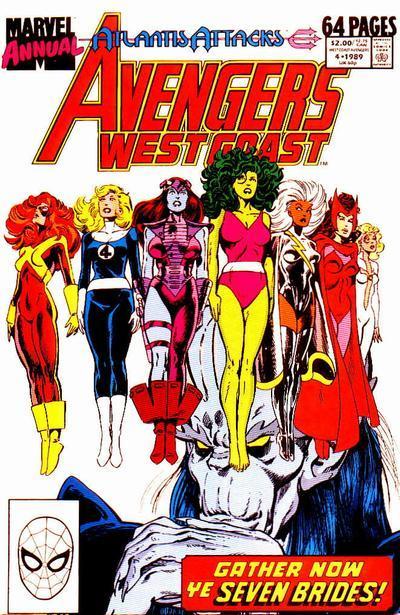 One day when I walked in penniless, he handed me a brand new comic with a torn cover from an razor blade cutting too deep, and told me I could have it for free as long as I read it front to back then came and told him what I thought. Without hesitation I ran home to read this free comic, little knowing the impact it would have on my comic collecting habits. The issue was What If 25 which was the Atlantis Attacks issue

As I read this issue I became engrossed in this cynical retelling of events which I was unfamiliar. Starting with the unfortunate demise of Namor, the events of Atlantis Attacks quickly go bad for our heroes. Eventually they are losing the war, and as they go up against the brides of Set, they are unprepared to murder the women they have fought alongside who are now under the control of the Serpent Crown. Eventually everyone dies in the horrify battle. In a final battle which only the Silver Surfer survives, the Earth is lost to the children of Set.

I loved this issue. I cannot tell you how many times I read this issue, but I do know I have owned three copies of that issue including that first free copy. I ran back the very day of reading it and told the manager what I thought about the issue and how blown away I was. I couldn’t believe that Wolverine had died at the hands of the Scarlet Witch. It was so simple and elegant, yet I had never seen an issue like this before. It was amazing. He asked me if I wanted to read more of Atlantis Attacks or What If and I told him without hesitation I wanted to read both. And I did. I collected both series after that. I learned much of my history of the Marvel Universe from the twist tales of What If, and I read my first event as I slowly searched and collected each annual which housed the fourteen story points for Atlantis Attacks. 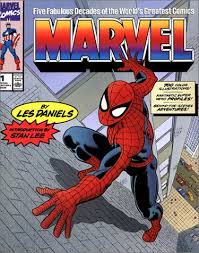 Eventually for my birthday one year, my mom bought me a large hardback book called Marvel: Five Fabulous Decades of the World’s Greatest Comics by Les Daniels. It has Spider-Man crawling up a building on the cover which is the main reason my mother picked it up for me. Apart from being a great retelling of the publishing history of Marvel and the characters they developed, there are also a few classic comics reprinted in the back including the first 616 story from Motion Picture Funnies Weekly #1 with the first appearance of Namor. Also in this book was the rundown of each issue of Atlantis Attacks. At the time I got this book I only had four or five of the annuals, so this book beyond just being important in terms of my knowledge of Marvel’s history, was my only guide on my quest for each issue of Atlantis Attacks.

At that time it is important to note that there was no easy internet access where I could go look up all of these issues so I knew which ones I was looking for. I’m not even sure AOL was sending out billions of free CDs at that point, which wouldn’t have helped either because our 386 didn’t even have a CD drive. It actually took me years (I believe I was in college) until I was able to finish out the whole run with the Thor and New Mutants annuals, and even after that it took a while before I discovered the three “interlude” issues and picked them up. I actually didn’t finish the series out until I realized you could order comics online at Mile High Comics (although YOU should go to DCBService.com). Once I picked up the entire set I read them through, and even though I read them out of order, it didn’t matter. 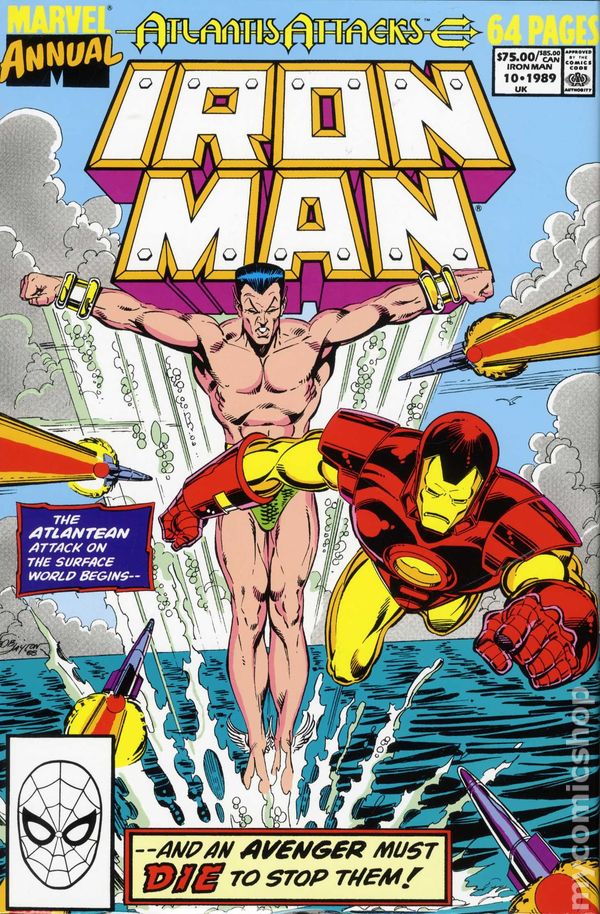 That series is where I started reading Namor, because I loved the Iron Man annual which featured him and happened to be the first issue I found in the series. Although I had fallen in love with Thanos prior to this series from a random issue of Infinity Gauntlet, the Silver Surfer annual is where I truly discovered my love of the cosmic portion of the Marvel Universe. This was also my introduction to the Dazzler and the Serpent Society along with pretty much all of Namor’s supporting cast of villains which appeared throughout the event. I discovered Moon Knight for the first time as I picked up the Punisher annual which featured him. And really from these annuals I discovered the Marvel Universe.

I had read Marvel comics since I was a kid and I loved many of the characters, but What If 25 began my enamor for the entire Marvel Universe through be instant fascination with Atlantis Attacks and the What If series. Even if you haven’t read the Atlantis Attacks storyline (which is collected in a rather expensive omnibus) I would greatly encourage you to read What If 25.