It’s time to go for the Gold here at Rogue’s Roulette! Golden AGE, that is. I’m sure you all remember quite well my profound postulates about the Sub-Mariner so it shouldn’t come as a surprise to any of you that I’m outing myself as a heavy-duty fan of the Golden Age of Marvel comics. Back when Stan “the Man” Lee was still Stanley “the-slightly-older-than-a-boy” Lieber and Jack “King” Kirby’s primary partner was Joe Simon, Marvel Comics had another pair of creative leaders in “Brilliant” Bill Everett and “Crafty” Carl Burgos! In 1940 these pioneers of Marvel style superheroes invented the idea of a shared superhero universe (the Marvel-616 universe as it would come to be known) with a collaborative epic confrontation between Everett’s Namor, the Sub-Mariner & Burgos’ Human Torch spanning Marvel Mystery Comics 8-10. Namor (the greatest superhero creation of all time) was revived by Stan & Jack in the early days of comics’ Silver Age, but Jim Hammond, the secret identity of Burgos’ original Human Torch, remained dormant for some time, initially only remembered in the form of his juvenile doppelganger Johnny Storm of the Fantastic Four and has mostly appeared only sparingly as a peripheral figure in the Marvel 616.

Recently we fans of the Torch have been in luck with the arrival of James Robinson, master of the revival of Golden Age greats, as a major creative force in the Marvel offices. Writing both the All-New Invaders and Fantastic Four ongoing series, (both of these titles are PHENOMENAL, highly recommended by yours truly and feature story elements sure to have a big impact on the 616 in the years ahead. If you aren’t already enjoying them go buy your back issues or get the soon-to be released trades for Robinson’s opening arcs ASAP! Don’t miss out!), Robinson has brought the original (and now ONLY, seriously, read your Invaders & FF people!) Human Torch back to the forefront as an important player in both series. At the behest of his old pal Steve Rogers, the Torch has even picked up a new career path in these series’ becoming Jim Hammond, Agent of S.H.I.E.L.D. With these new developments and the 75th anniversary of his premiere on the cover of Marvel Comics #1 this year it seems like it’s time for the Torch to burn more brightly than ever before! 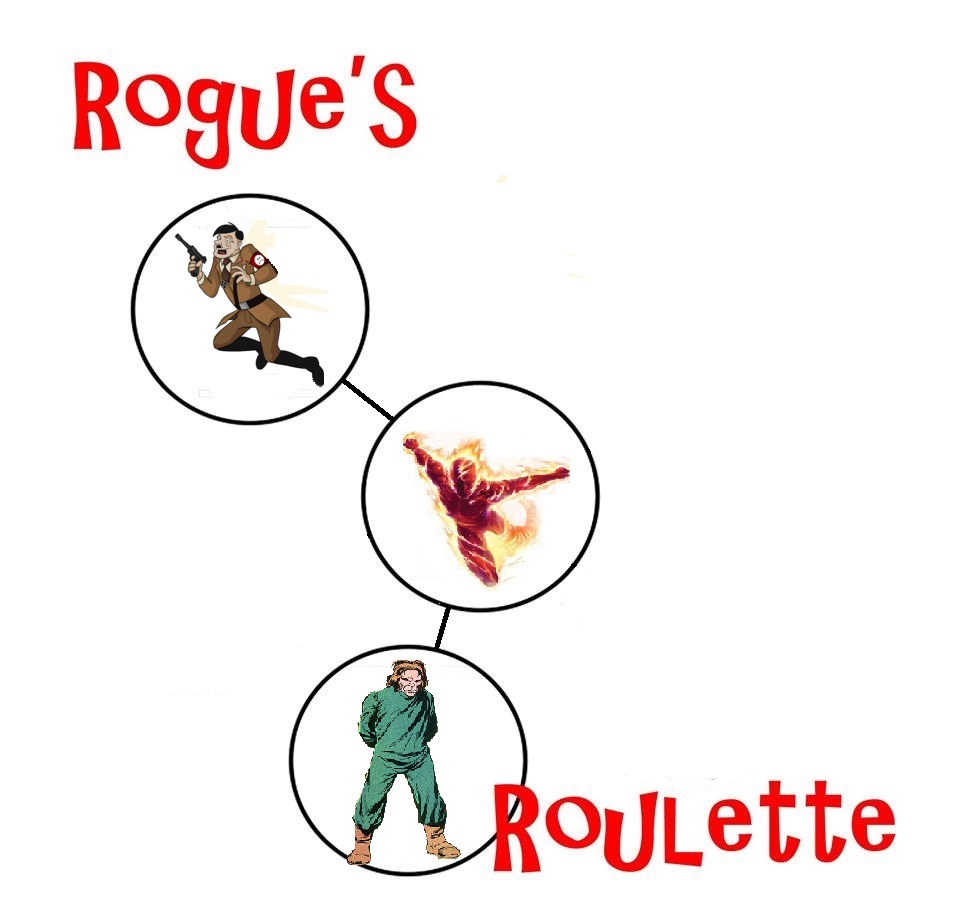 Of course, any great hero needs great foes to challenge him. Unfortunately for the Torch, his rogue’s gallery is quite sparsely populated. Now credit should be given where due; this IS the [artificial] man who slew Adolph Hitler in the 616 after all. Fortunately for the world, but unfortunately for building a stable of intriguing & exciting enemies to harry the Torch’s old enemies from his early days are, like Hitler, dead and gone. Only the (formerly Mad) Thinker who’s machinations from the Silver Age forward have shaped the Torch’s later life remains as a persistent foe with whom he has a history. Don’t get me wrong; I like the Thinker. He’s a great villain in my opinion with a ton of potential who is underutilized and underestimated because he wears that non distinctive baggy green jumpsuit rather than an attention garnering costume. There’s a reason this guy can give the Fantastic Four a serious run for their money; he’s dangerous, cunning and always about ten steps ahead before he takes action. However, it just wouldn’t be that much fun to see the Torch have to combat a different scheme of the Thinker’s month after month. That sort of never-ending cyclic conflict gets old fast. 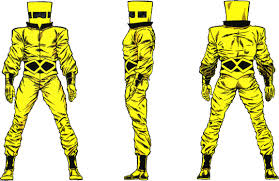 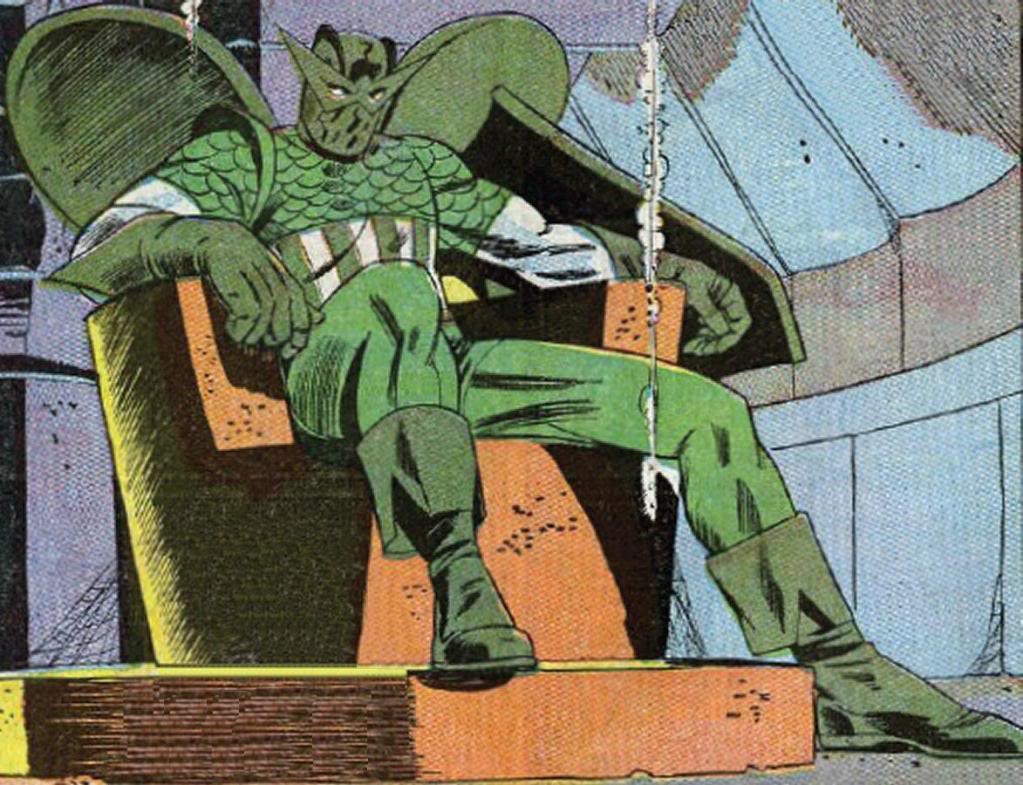 Who can we add to the Torch’s roster of enemies in order to make things more exciting? Well an agent of a law enforcement espionage agency like S.H.I.E.L.D. must inevitably find themselves in conflict with a terrorist organization. Sure there’s Hydra, but the Torch is a wonder of technology and ingenuity so a more fitting organization to test his mettle is A.I.M. Now self-proclaimed “techno-anarchists” the agents of Advanced Idea Mechanics have distanced themselves a long way from the latter day fascists of Hydra, but that makes them no less dangerous. A.I.M. has also been increasingly prominent in Jonathan Hickman’s Avengers work and with the Torch’s return to relevance this seems to be the perfect match. They could even sub-contract the Torch’s old tormentor the Thinker. To really step things up though, to make this more than a matter of the Torch trying to stop a bunch of faceless A.I.M. science agents, and calculating schemers the agency needs an enemy champion to fight him. There’s always fan-favorite giant floating head M.O.D.O.K., but a finer match for the Torch’s power is none other than the Super Adaptoid! Able to mimic the powers of any super-foe it has encountered previously a battle with the Adaptoid is an opportunity for the Torch to test his raw power against the abilities of the Adaptoid’s usual targets; the Mighty Avengers. Can’t you just imagine the exciting combination of secret agent adventure and super hero action! 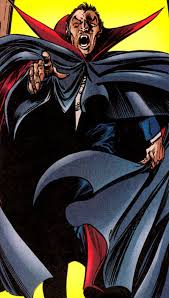 Not satisfied with a straight spy story? No need to worry, the next addition to the Torch’s rogue’s gallery is a BIG one. As we’ve already posited, as an artificial man, associated with fire, possessing powers beyond those of his creator, viewed with apprehension by those around him, the Torch is a modern Promethean in the same vein as the Monster of Victor Frankenstein. Who better for such a figure to challenge than another monster of classic literature? I refer, of course, to one of the most sinister, devious and monstrous villains of human history: Dracula. An inspiration and role-model for latter-day tyrants, Dracula’s return in recent years was much heralded when it occurred but the character hasn’t been heard from since Fear Itself. It’s time for him to get back in action. As ruler of a rogue state in Eastern Europe, Dracula’s actions are sure to attract the attention of S.H.I.E.L.D. eventually. When they send him in the Torch would find himself up against the rare enemy possessing more experience himself. Dracula also wields strength enough to trounce Colossus, lightning quick reflexes, inexhaustible stamina, the ability to change his form into a wolf or bat or living fog, hypnotic powers and magical knowledge allowing him to, among other feats, control the weather. The real danger to the Torch is not Dracula’s power; it is Dracula’s thirst for blood and power. Jim Hammond’s synthetic blood has been shown to be wholly compatible with that of humanity (allowing him to give two life-saving and significant blood transfusions to Lady Jacqueline “Spitfire” Falsworth). This means that the lord of all Vampires could benefit greatly from taking a bite out of the Torch’s veins; a meal, and more power to expand his empire of blood. 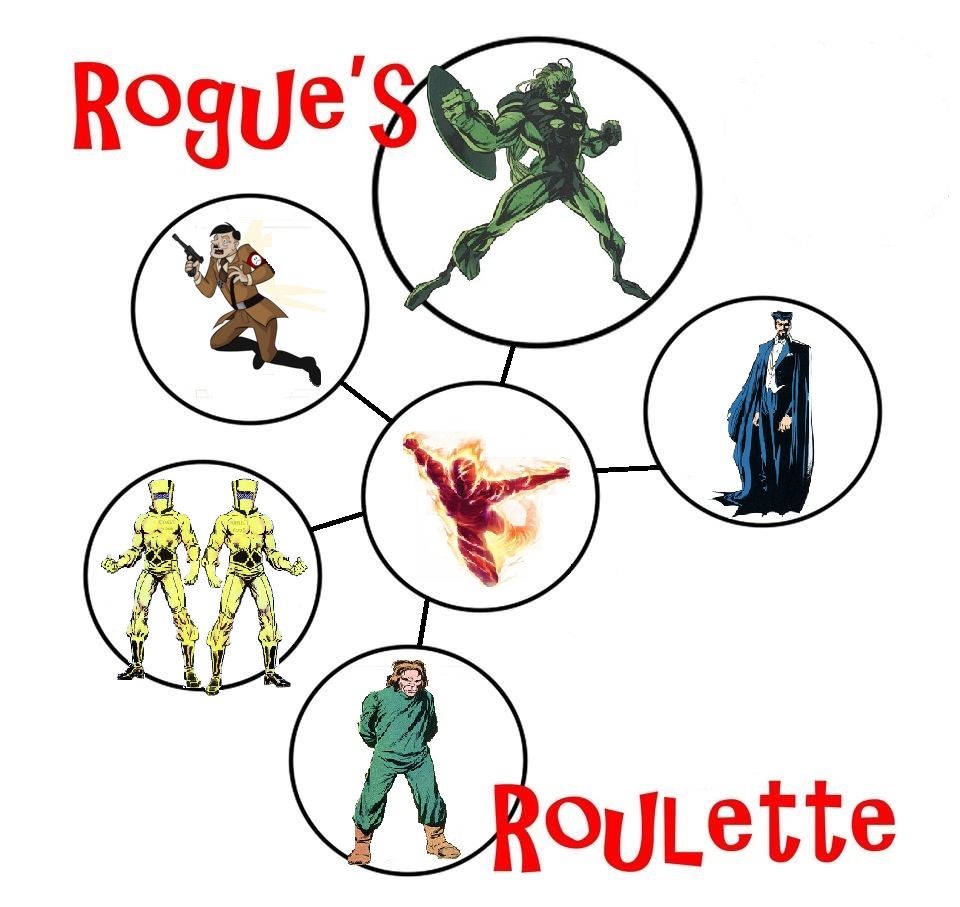