With the recent (8 hours ago as of writing this) announcement on the Colbert Report that Sam Wilson was taking over the mantle of Captain America after the extraction of his super soldier serum in issue 21 there has not surprisingly been an already large amount of people crying “foul,” but the real response people should be having is “okay, that seems right.” Why would I say that seems right? Well, it is because unless you have just currently started reading comics you would understand that the mantle and shield have been passed down to now six other men besides Steve Rogers in the history of the character.

William Nasland was originally The Spirit of 76, a secondary patriotic character who took his inspiration from Captain America. Post the disappearance and presumed death of Captain America and Bucky during WWII, Truman asked Nasland to take on the mantle of Captain America (as he is seen in the latest All-New Invaders #7). While this history was a retcon it is vitally important to remember that Steve Rogers being frozen in ice was also a retcon to bring the character into the Silver Age of comics by Stan Lee which was the first and could be easily considered most important retcon in comic continuity.

Jeffery Mace was a Yancy Street native who grew up to become a reporter and masked crime fighter called The Patriot. He was not imbued with any super abilities, but still worked his way into part of the All-Star Squadron post WWII (although he was fighting as the Patriot during WWII). During a battle with Adam II (an android built by the Human Torches’ creator, but this one went bad) William Nasland under the mantle of Captain America was killed as they tried to save JFK. Jeffery Mace took an extra Cap costume, put it on and helped defeat Adam II. Because of this, JFK officially passed the mantle of Captain America down to him.

William Burnside (who changed his name to Steven Rogers) was a bright man who discovered the super soldier formula right as Jeffery Mace was retiring from being Captain America. Burnside presented it to the United States on the condition that he would get to be the next Captain America. With the Korean War going on the American government needed a new Cap, so they granted his request. He changed his name at this point which is when he discovered another avid Captain America fan in Jack Monroe who he made his Bucky. The two eventually went insane and were put on ice. When they came to later they both had gone so far off the deep end that they believed they were actually Captain America and Bucky. By this point in time the real Captain America had been thawed, and he and Falcon took down the two insane imposters (Captain America & the Falcon 155 – 156). 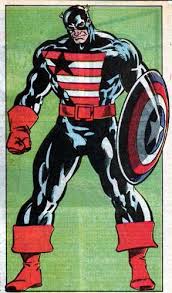 John Walker received his powers through the Power Broker in order to become a professional wrestler, but was then encouraged to become a superhero. Originally he took up the alter ego of The Super Patriot, all the while he was publicly being a jerk to Captain America. Shortly after that, the Red Skull learned Steve Rogers’ identity and Rogers ended up abandoning the Captain America title. At this time John Walker took over as Captain America and became less of a jerk until the Watchdogs found out his identity and killed his parents. He murdered most of that group and was confronted by The Captain (shhh… don’t tell anyone that it was really Steve Rogers). Because of his actions John Walker gave up the mantle of Captain America and became the US Agent. Later for a short stint with the Invaders he would pick back up the Captain America costume, but has predominately stayed US Agent even though he is currently working out of Canada. 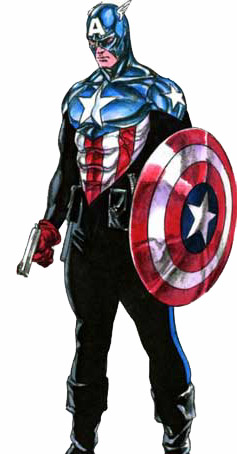 James “Bucky” Barnes was the original sidekick to Captain America, and what became possibly the second greatest retcon of all comic history he also became the Winter Soldier. Presumed dead, he was brain washed, given a type of super soldier serum, and fought for the Soviets during the Cold War until he became a literal sleeper agent frozen until the highest bidder thawed him out as told during Ed Brubaker’s quintessential run on Captain America. Bucky eventually broke free of his brainwashing and became an ally for Steve Rogers again. After the superhero Civil War, Captain America was shot and killed (presumably). At this point in time the mantle was passed to Bucky who became an all-new and shiny Captain America. This lasted until he was killed (presumably) during the Fear Itself fiasco and Steve Rogers took back over the mantle. 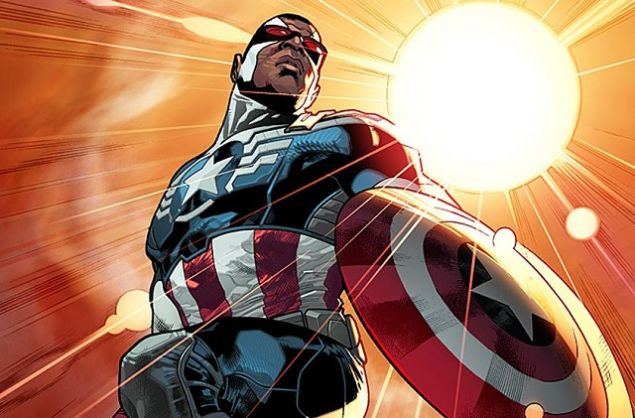 This brings us to Sam Wilson aka the Falcon, who has been a vital companion and ally of Captain America since 1969. Although he may technically not have the super strength and speed that most (not all) of Captain America’s replacements have had, he has still through the course of the storylines proved he’s an invaluable asset to Captain America and several incarnations of the Avengers. While some may look at this decision to change Captain America as simply a choice for diversity over story, I think it could be easily argued that even more so than even Bucky Sam Wilson has earned the right to be the successor to Steve Rogers. One, he has fought along his side longer than anyone, and two, he has the most similar heroic morality to Steve which is why they have stayed such close companions and friends. I strongly think in terms of continuity if this is the direction the story goes this is the best call possible. 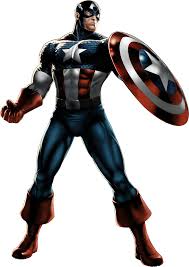 Time will tell how long this upcoming transition to the mantle lasts, but if the past has anything to say this will most likely last for no more than a year at which time Steve Rogers will somehow gain back his mantle. Ten years from now (maybe less time) another writer and editor will come along and do this again with yet another character. This is a typical cycle in the ongoing narrative of Captain America. And to those of you who are worried when they say this is a permanent change, remember the fervent proclamations that Peter Parker was dead and never coming back just a year ago at SDCC? As much as things change they stay the same.