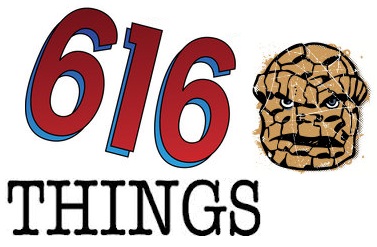 As a boy there were only a few things that ever left me undone at first sight. Ranking up there with my first N64 and arriving at Disneyland, is when I caught a glimpse of the X-Men’s Colossus. The costume, the powers, the attitude, and even the “fastball specials”! He instantly became one of my favorite heroes within the Marvel U. It’s for these exact reasons that I say with great joy that here are 616 Things about Marvel’s steel-skinned X-Man, Colossus! 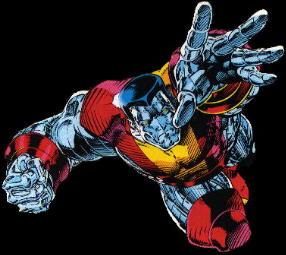 • Sometimes referred to by his friends as Pete or Peter, the native Russian’s real name is Piotr Nikolaievitch Rasputin.

• Like most mutants, Colossus obtained his powers by birth via genetic mutation. In this case, Peter’s mutant powers emerged as an adolescent when he saved his little sister Illyana from a runaway tractor on a farm.

• So with an alias like Colossus, the power set of our hero certainly fit his name. His abilities include: transforming all of the tissue on his body into an organic steel armor that is nearly indestructible, superhuman stamina (in armored form), and superhuman durability (in armored form). Also, I’m not exactly sure if it counts as a power to be freaky huge, but even without his armored form, Peter stands as an imposing 6′ 7″ tank. In armored form he gains another foot in height and doubles in body weight. (Now can someone get me a new pair of underwear because that’s a big dude!)

• Let’s be honest, Colossus is the guy that everyone wants on their team. It’s not because he’d fit well on every team, but more because God help the guys he goes against! (If you took a dodgeball to the face from him you’d be dead!) It’s for this reason that Colossus has roamed the Marvel Universe alongside groups such as the X-Men, the Defenders, Excalibur, X-Force, the Acolytes, and even the Phoenix Five.

• One of Colossus’ greatest rivals and biggest threats since arriving on the scene has been none other than the Brotherhood of Mutant’s strongman, the Juggernaut (even though he’s not a mutant – go figure). Their battles have been a true adaptation of the saying, “when an unstoppable force meets an immovable object.” However, it’s funny to note that in 2011 during the comic event ‘Fear Itself,’ Colossus, in an attempt to save his teammates, took the mantle of the Juggernaut to become what fans have come to call the Colossonaut! (Leave it to Marvel to make their big guys even bigger!) 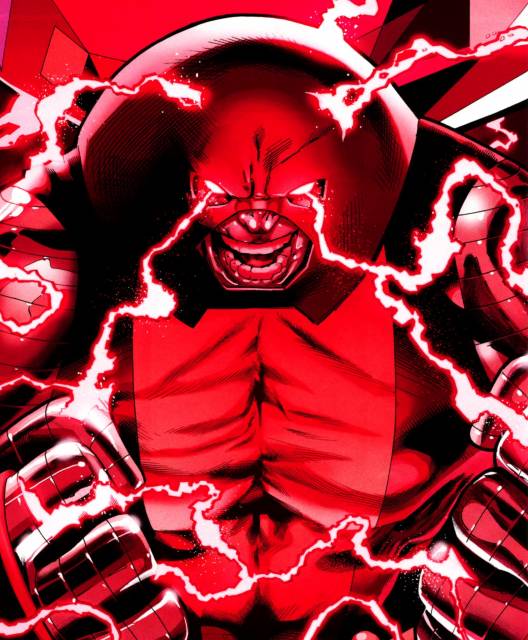 • One thing you may have never noticed about Colossus during his first appearance in Giant Sized X-Men #1, is that when Colossus is in his human form, he has blue pants, but when he transforms into his organic steel form the blue pants disappear! The reason this happens is because creators Wein and Cockrum thought that he would look odd in his human form if his bare legs were showing. Thus his pants were deemed to have “unstable molecules” to explain how the pants could transform along with Colossus.

6 Things I’d Like to See Happen With This Character

• Writers have made Colossus the ultimate teammate and support character. However, I’d like to see Colossus develop into more of a prominent leader for the X-Men. Currently, with the Death of Wolverine mini-series hitting shelves (fastball specials will never be the same), this would be a great opportunity for the big man to step up and mentor the young mutants left grieving over Wolverine’s passing.

• Colossus is one of the few characters who has never been named an Avenger. So as an honorary thought rather than a serious desire, it can be argued that the Avengers’ team is still the cream of the super hero crop, and if any current X-Man deserves a spot at the Avengers table, I’d vote for Colossus. (Take no offense X-Men fans! Colossus is a mainstay mutant and I’d never want to see him ripped from the team. I just think Colossus has earned the Avengers discount at Denny’s.)

• Call me a softy, but I’ve always hoped that Colossus would be one of those heroes who would find a woman, win her heart, get married, and have some little mutant kids. The man is a giant grizzly teddy bear with tons of love to give. Perhaps I’m stuck in the past, but I loved when he and Kitty Pryde were an item. They were so stinking cute! So come on Marvel; get’em back together and put a ring on it!

• Let’s look at movies for a second. In the second X-Men film “X2”, Colossus made his big screen debut, and since then, I’ve consistently been disappointed. I’m not hating on the actor or saying he did a bad job, but what I am hating was the way Colossus looked when he transformed into his metal form. His bulk and size never changed, and I could never really see his face. (It was way too reflective! Turn down the lights Marvel!) So because of that, I vote for a new (actually visible) cinematic Colossus! (Yes, I know this won’t happen until they reboot the series in 10-20 years, but I can dream.)

• Like I stated earlier, one of my all-time favorite rivalries in comics is when Colossus took on the Juggernaut. A true picture of the X-Men vs the Brotherhood of Mutants! Like seeing the two biggest bulls in the barn throwing it down, it still gives me chills to this day! So with that, I’d love to see one of two things in the current comics; either the rivalry between Colossus and Juggernaut rekindled or an all-new rivalry born out of a great story arc! (If Marvel won’t give Colossus good dialogue, then they should give him good battles, just saying.)

• Lastly, I’d simply like to see Colossus shine as a valuable character to the X-Men franchise and the Marvel Universe. He’s been an indispensable hero since his arrival and helped make the X-Men who they are today. But unfortunately, and I’m not sure why, Marvel has continued to keep him in the background. I believe for a character like Colossus who has given so many comic fans a plethora of beloved moments, honor should be dealt where honor is due. 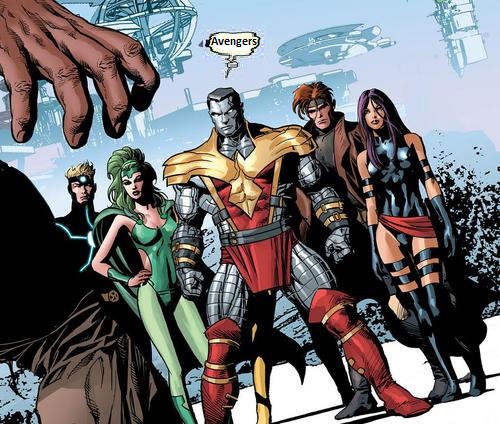 So there you have it, Body Politic! Another day gone, another 616 Things given. Today particularly, 616 Things about Marvel’s favorite mountain of metal muscle, Colossus!