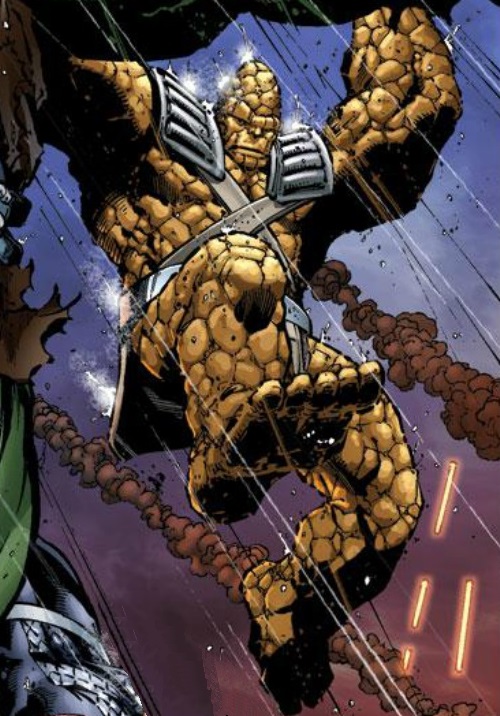 I realized just the other day that there’s a whole corner of the Marvel Universe I’ve been neglecting. It’s a big strong corner. I’ve ruminated on mutants wearing an X, on protectors of the people, and men of tomorrow.  What about the Hulk? The man-monster of our marvelous mythology manifested only moments after the four fantastic folks featured at the frontline of the Silver Age. I’ve finally heard your cries for equal time Hulk fans! Of course, old Bruce Banner has no shortage of rogues for himself so I’m not so bold as to propose he needs a villain upgrade in the grand Rogue Roulette tradition at this time; I think the likes of Stan the Man, Jack the King, PAD and Greg the Pak have done the job of building Banner’s Rogues Gallery quite well. So let’s look to the Hulk’s supporting players for a potential breakout star who just needs a hook and a few good foes to face! Hey, speaking of Greg Pak, you’ve all read Planet Hulk and World War Hulk right? (and we, Jarid especially, also hope you’re following his current creative contributions on the new solo Storm series he’s composing!) Surely you’re familiar with the man . . . uh, wait, do Rock People have genders? (editors note: it would seem they do not) Well, anyway, the silicone-mineral based lifeform known as Korg! 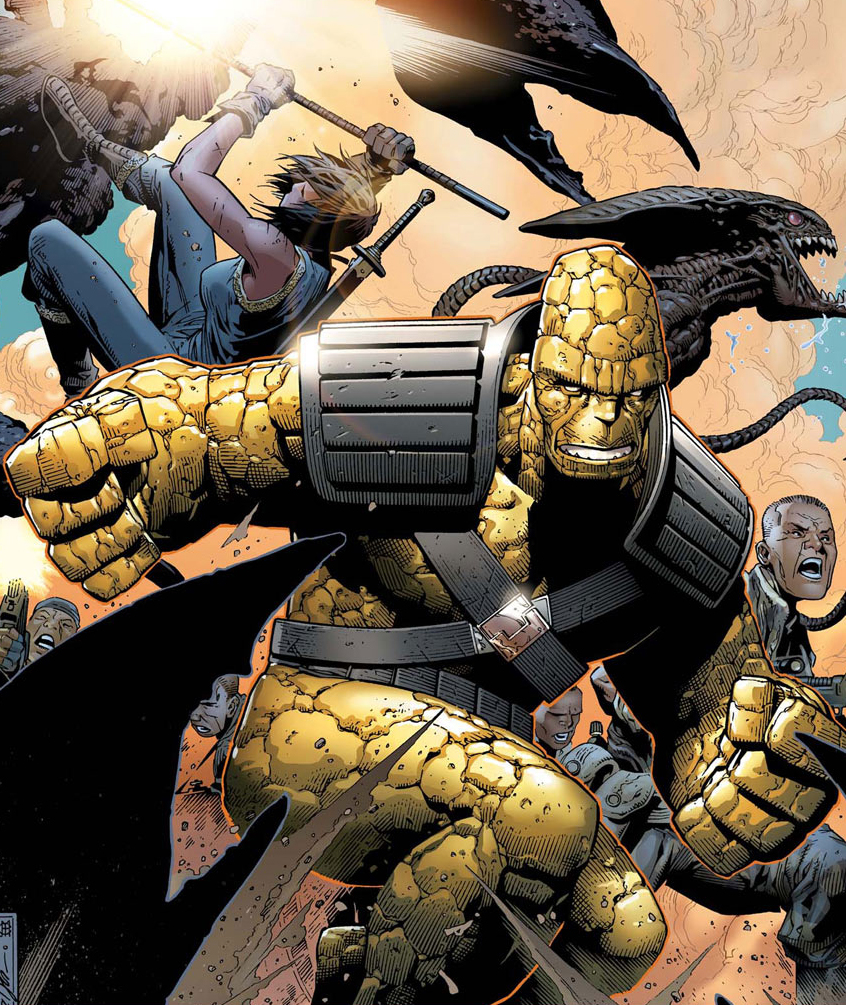 Why would I choose to give Korg an RR for goodness sake? I realize to a lot of you he probably seems like fodder for one of Darrin’s dispatches, and you may be right. That said, I see a character here with a lot of potential. For one thing, Korg is one of the oldest characters in the cannon of Marvel Comics. While many modern readers first met him with the Hulk in the Red King’s gladiatorial arenas on Sakaar, he first appeared waaaaaaaaay back in early 1963’s Journey into Mystery #83. If that title sounds familiar to you Silver Age scholars in the audience, it can only be because you recognize it as the first published appearance of Marvel’s Mighty Thor! Yep, back then Korg and a group of his brother Kronans (aka the Stone Men of Saturn aka Rock People) were interested in colonizing Earth as they had a moon of Saturn, but were driven off world by a freshly revived Norse god of thunder. Despite this early confrontation with the Odinson, Korg was never a villain. He’s actually a very honorable character. In a way his attitude is akin to that of a samurai hero. Here’s a little-known fun fact for you fine and funky followers of our funny-book philosophizing; yours truly is a HUGE fan of samurai stories. In fact the only non-Marvel comic I’ve followed with true dedication through the years (sacrilege I know!) features a Bushido practicing bunny of no ill repute. I can full well imagine Korg as a wandering warrior for honor and justice, righting wrongs where he encounters him, his body itself knightly stone armor. Such is the concept and the background that lead me to our prospective foes that might give Korg some terrific terrestrial adventures. 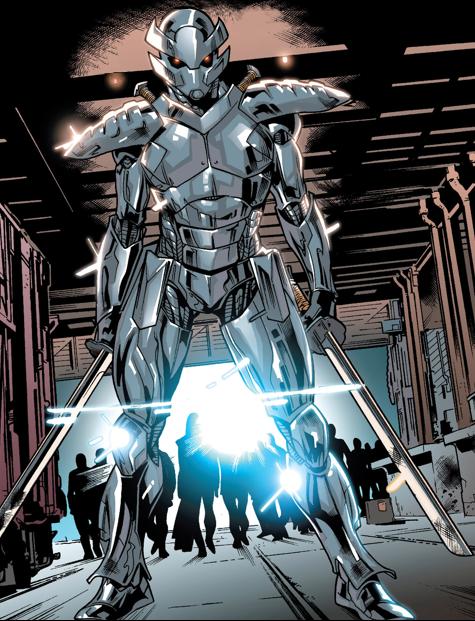 So if we’re proposing that a solo Korg will wander the world seeking wisdom and righting wrongs as would only the most honorable of ronin (masterless samurai for those not in the know) it might be interesting for him to face a foe with all the trappings of the samurai, but wholly investing that training for selfish purposes. This leads us straight to the Silver Samurai. Now classic Silver Samurai, Kenuichio Harada (or Harada Kenuichio if you want to give the character the dignity of having his name in the surname-first style actually used in Japan), the illegitimate son of Wolverine’s almost-father-in-law is dead; he died on a path of redemption. Luckily his son Harada Shingen has decided to take up the Silver Samurai mantle and is even more dedicated to spineless villainy for hire than his father ever was. Putting Korg and Shingen up against each other elevates both characters. Korg gets a villain with a known title and the inheritor of the Silver Samurai mantle gets to step out of the shadow of masterminds like Kade Killgore and Mystique and face a foe on his own terms. We also have a character abusing the tenets and traditions of the Samurai for his own selfish ends (Shingen) facing a character with no title or claim to such nobility who nonetheless embodies such a sense of honor and duty (Korg). Can stone triumph over silver? 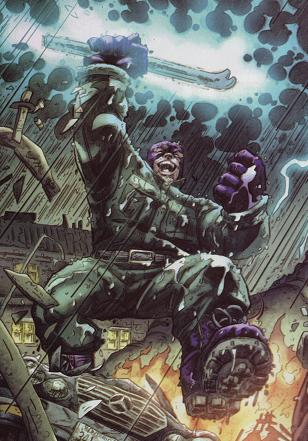 We’ve got one enemy for Korg based on the conceit that he’s one honor-code-beholden son-of-a stalagmite. For our next foe we turn to the fact that Korg’s first [and for about forty-five years thereafter, only] appearance in the 616 was in a confrontation with Thor. Given about forty-five seconds to talk, these two guys would quickly come to the conclusion that they have ZERO reason to antagonize each other. That whole honor thing that Korg’s got going on would jive well with Thor and just about any other Asgardian. Thor has faced many foes who lack such a sensibility and that’s where we’ll find inspiration for Korg’s next challenge. Indeed of all the criminals and fiends Thor has faced I can think of none less lacking in honor, nor more threatening to a man of mineral make-up than Dirk “the Wrecker” Garthwaite. Endowed with superhuman strength and stamina to rival Thor’s thanks to the enchantment placed on his crowbar by the Norn Queen Karnilla (yes, really) the Wrecker is a fearsome foe with a fetish for flattening fortresses. The Wrecker is by no means the brightest of opponents, but he is a dedicated career criminal, always on the lookout for making a big score, proving himself by taking down another strong guy (Thor, Hercules, the Hulk, Sasquatch, Juggernaut, Excalibur, etc.) and doing as much property damage as possible while doing it. If he ran afoul of Korg during a robbery (or was hired to slay our stoic stone stalwart) he’d be delighted to find an opponent that would let him show off his own strength and break buildings at the same time. It’s almost as if Korg is the opponent the Wrecker’s been waiting for. What a louse! Go get ‘im Korg! 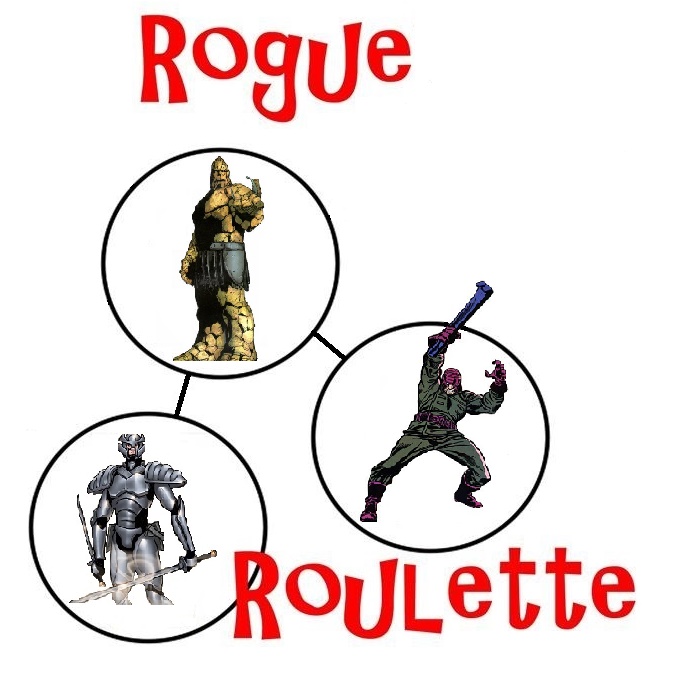