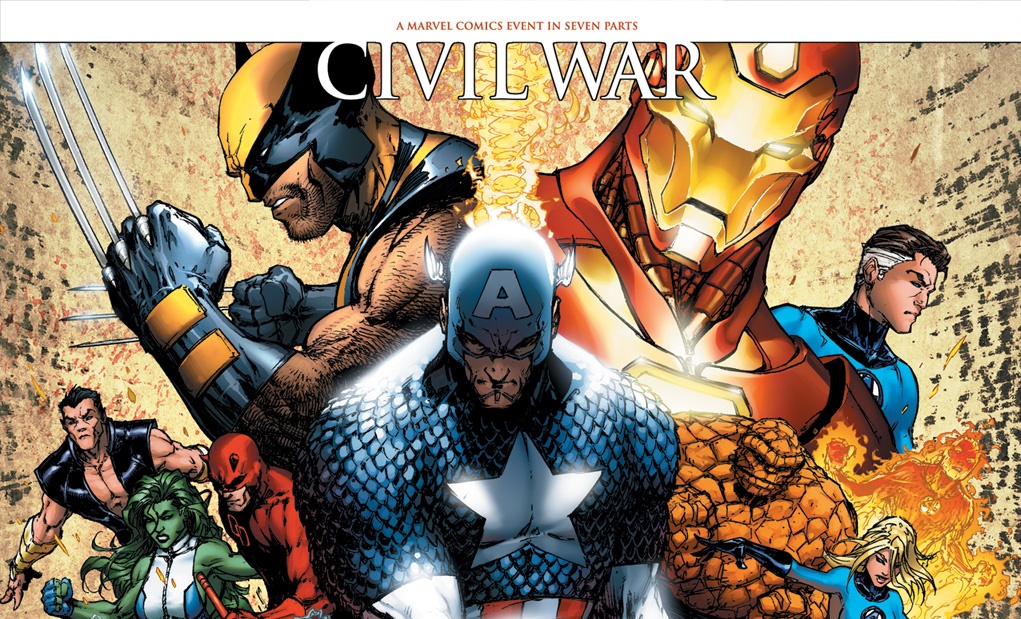 Springing off the popularity of the upcoming movie, these are the top 10 moments of Mark Millar’s Civil War storyline. Much loved by some and highly criticized by die-hard Marvel fans, we can all agree that Millar’s story shook up the status quo and ACTUALLY had lasting effects on the 616 Universe… even if they weren’t all positive. While some say that Millar did so much wrong, and it definitely has its bad spots, here are some things that I think he did right.  These are some of the best moments from the 7-issue event. 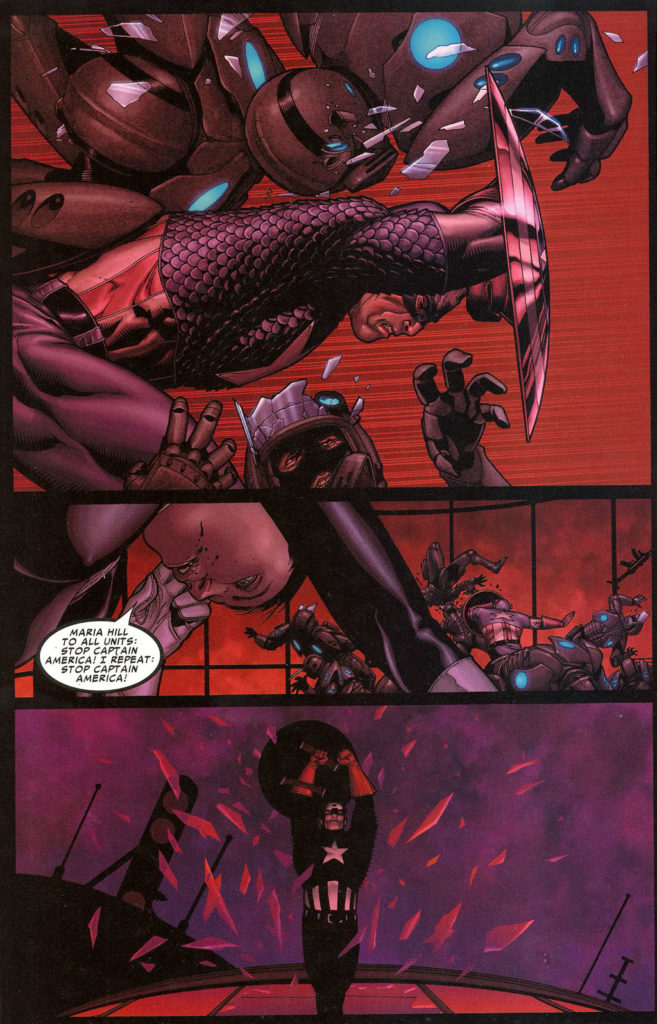 Captain the Upright. Captain the true and just. Captain who stands firmly on what he believes, respects others’ differences, and still stands for justice and opportunity… fights back. Unable to sit by while the government takes away his rights, Captain America avoids arrest by beating the crap out of the armed and armored SHIELD guards. It made me cheer and it was a side of Cap that we didn’t get to see-fighting other good guys (then again, that’s what Civil War was all about). 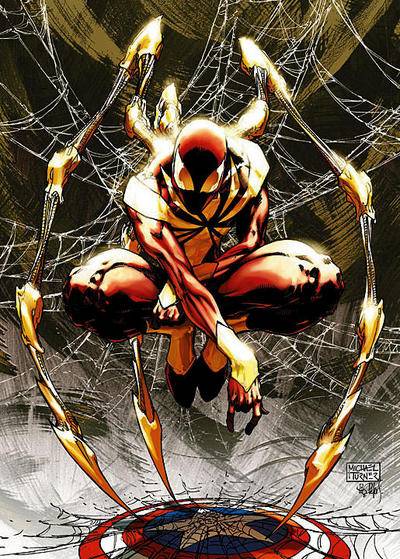 This is by far one of my favorite costumes the wall-crawler has ever donned. The versatility and technology found within the Iron Spidey suit was really cool. It still hinted at something darkly sinister with his extra legs, almost foreshadowing the other side of the “Registration” coin and Peter’s eventual repentance. 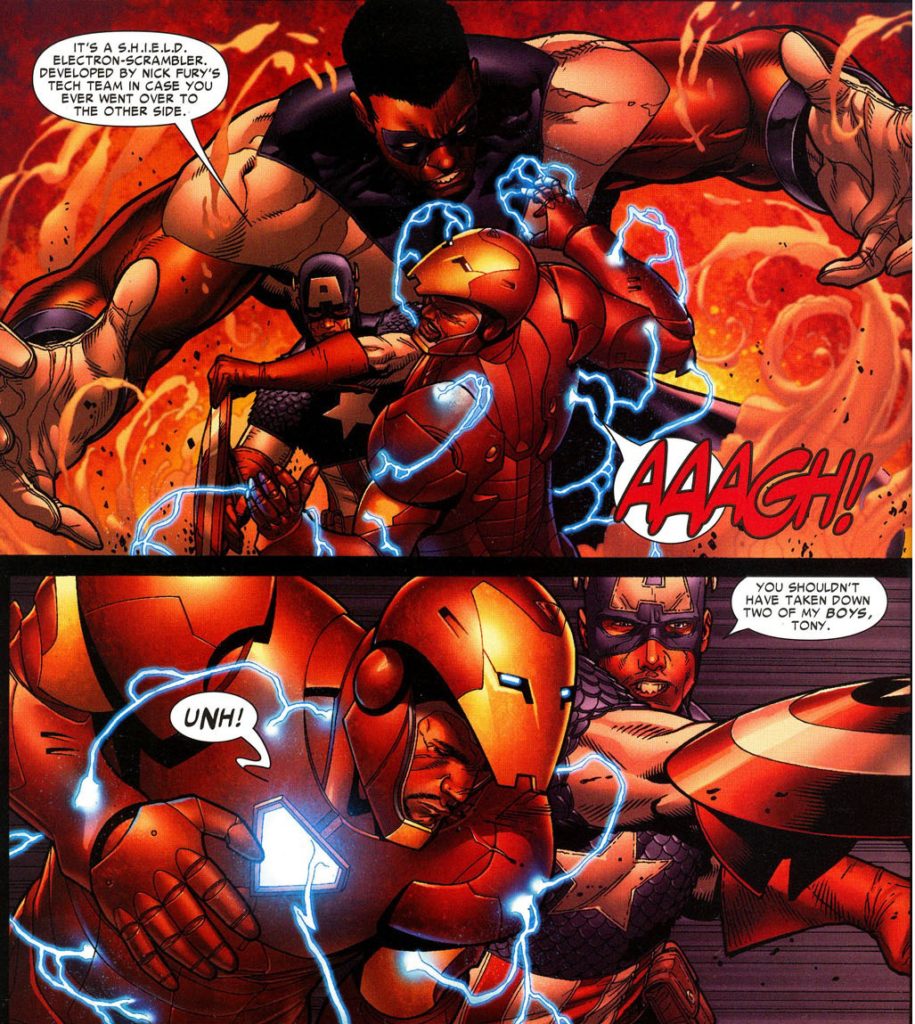 Another thing we hadn’t seen too much of: Captain America playing dirty! Tony overcomes his tricks and they end up beating each other up pretty handily, it’s something that was epic in scope.  Cap placing that EM pulse device on Tony’s armor is something I hope to see in the movie. 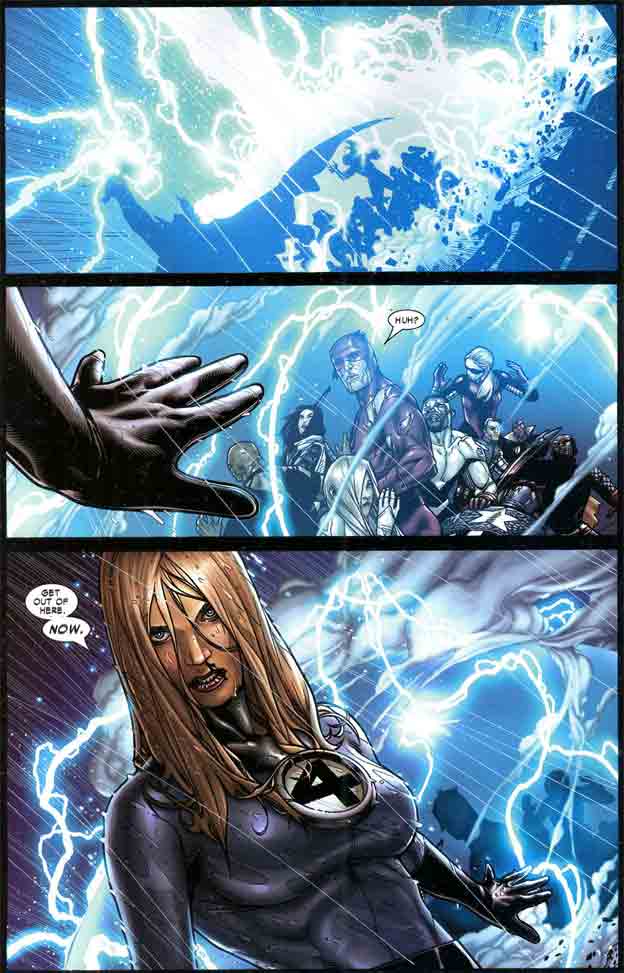 After the death of Goliath, we see the first of the defectors. The Anti-Reg team was huddled together at the mercy of the unstoppable (and completely rubbish) android-Thor. About to be zapped, Sue steps in and saves the day at the last minute – some Invisible deus ex machina! We begin to see flaws in Tony’s plan and Sue sees them, too. It was a nice moment. 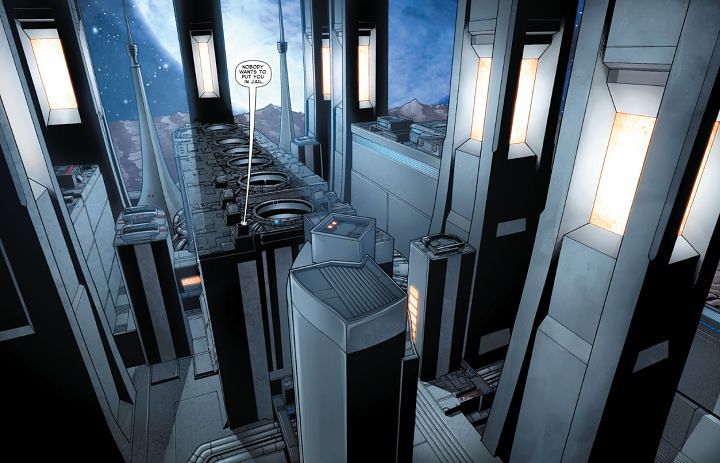 A  prison built in the negative zone named 42 was a very interesting concept. I like the idea, even though its cages were made for the team I was rooting for, and its reveal is staggering and brilliant. The idea of this city-esque landscape of captivity in another dimension is so very sci-fi, very Reed Richards, and very cool. 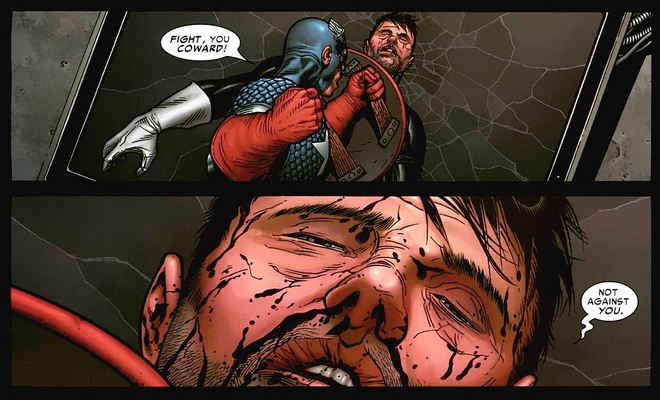 As the vigilante known as “The Punisher,” Frank Castle is not known for going easy on an opponent. He often uses lethal force to accomplish his retribution and is often seen as more of a terrorist than a hero. However, Castle has a code and he is uncompromising in its execution. Confronted with the idea of working with villains, Castle whips out an AK and does what he knows best – he starts shooting. Captain America obviously has a problem with this and begins assaulting Frank with punches, but he doesn’t flinch. He takes every blow and doesn’t raise a fist in defense. Castle’s code is black & white, good and evil.  We find out in this instant – very powerfully – how dedicated the Punisher is to his code and how much Frank Castle respects Steve Rogers. #VetSolidarity 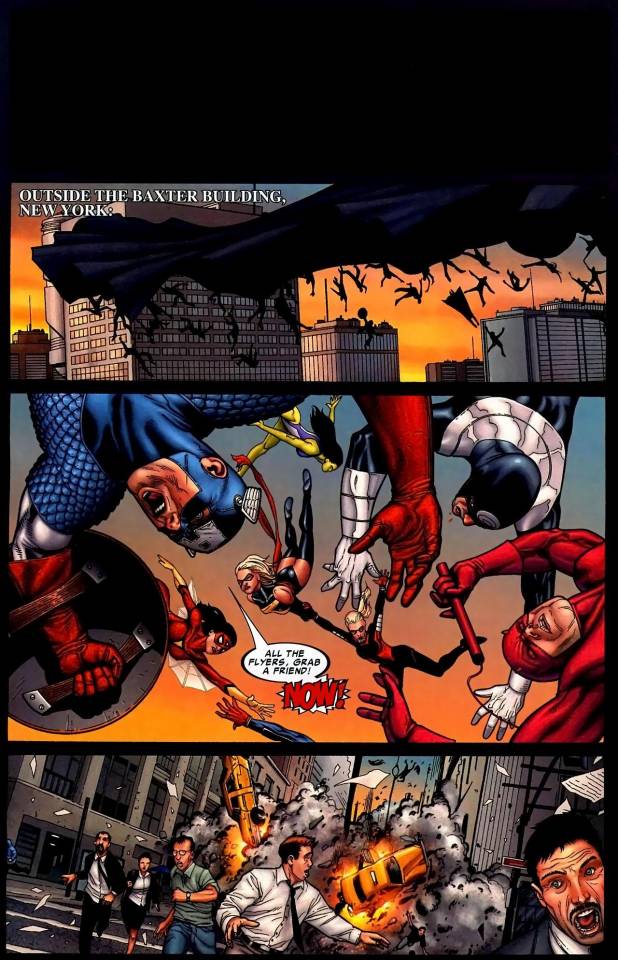 While not incredibly moving, it’s really awesome when cloak musters up the energy and transports every hero through the Darkforce Dimension and out above the streets. It must have taken a lot of willpower and strength… and a little bit of deus ex machina. 😉 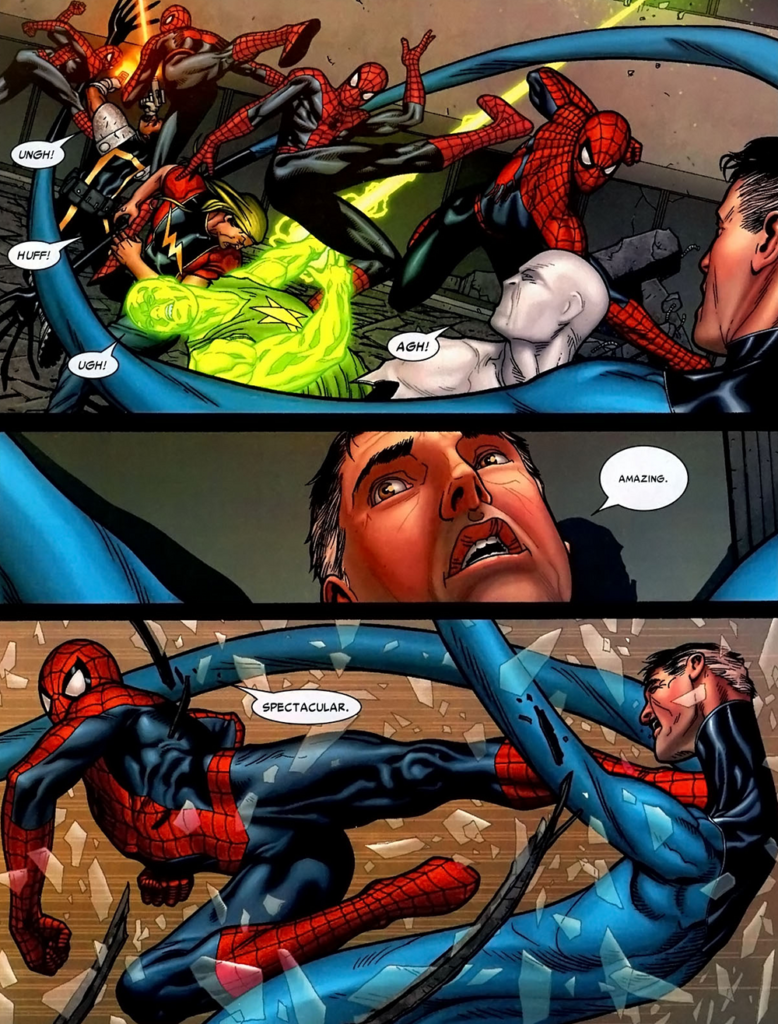 The final battle is taking place and every page is filled with fists flying, powers activating and heroes or villains getting their stuff handed to them by other heroes or villains.  In a quick panel spread, we see Spidey (back to his original duds) immobilize a whole lineup of villains in an attempt to get to Mr. Fantastic.
As he watches this, Reed mutters, “Amazing.”
Peter retorts, “Spectacular.”
This simple moment makes me smile. It’s a meta play on Peter’s multiple comic titles and it breaks the 4th wall as a small piece of comedy in the midst of a bloody conflict.

9. Thou art no Thor. The Android Thor. 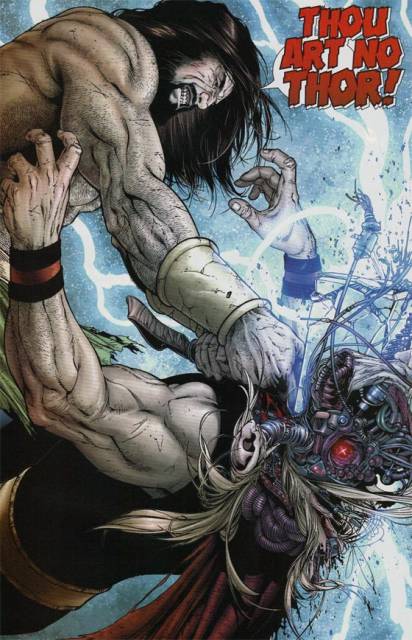 A well-debated and personally disappointing aspect of Civil War comes to rest in a very satisfying way.  In the midst of the intense battle, Hercules (love ‘im or hate ‘im), finds this faux-Thor and, indignant because of the disgrace he is making of his REAL friend and demigod associate, rips his android head off. If you disliked the idea of a bloodthirsty robot Thor in the first place, this was rather satisfying. The page is beautiful – which brings me to my last one… 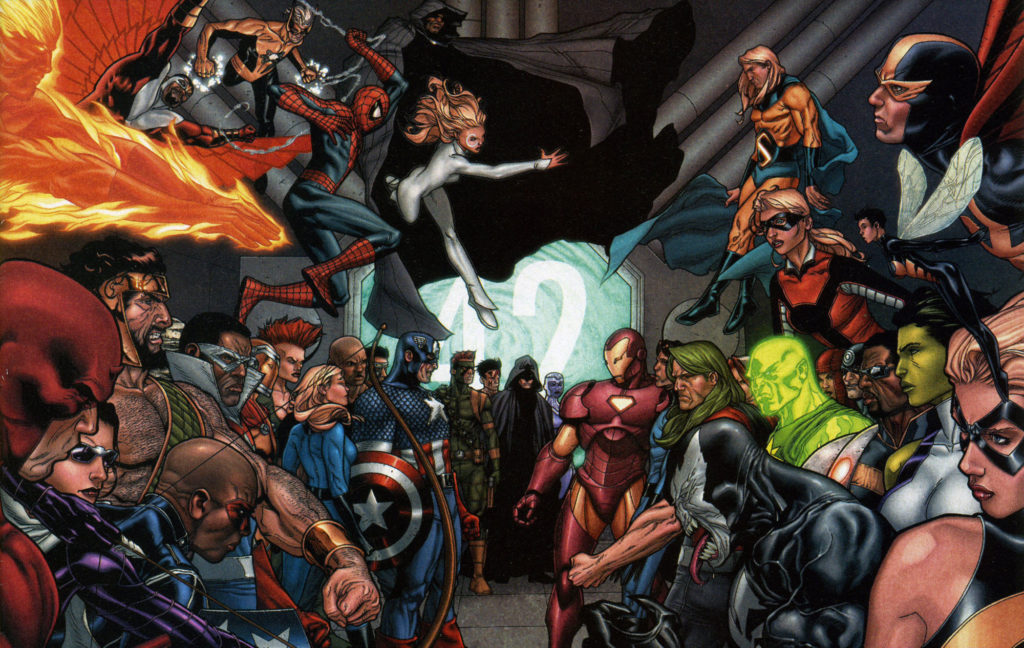 Did I cheat? Yes, I did. Take one look at any page of this McNiven-drawn series and you’ll forget all about it. It’s incredible! Every page could be framed. I wouldn’t even mind a text-bubble-less version of one of these issues because, honestly, they get in the way of his beautiful art. This event, while flawed, is an artistic masterpiece. McNiven has such a way of balancing ‘comic art’ with realism and he seems to be able to draw heroes and villains how I think they should always look. I’ll admit – I’m a fan. However, I’m a fan because of this book.

Those are my top 10 moments – in order of appearance. What are yours? Tell us in the comments section, how would you order these top 10 moments; put them in your personal order! Vote in the poll!