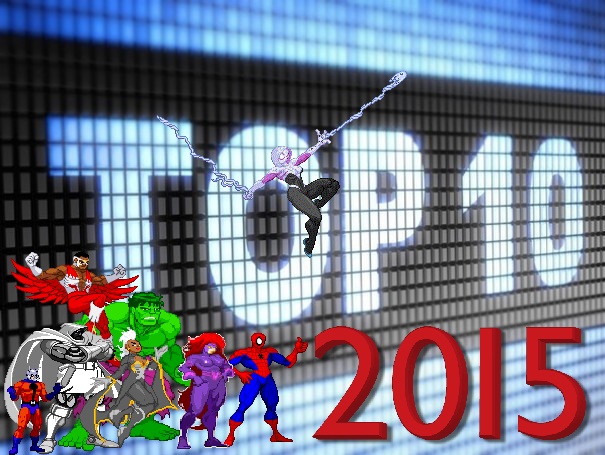 This Top 10 isn’t entirely in terms of sales (but they are mentioned in a few entries), but more in order of importance. This criteria makes the list a bit subjective, but the Top 10’s are opinion pieces anyways. I’m trying not select these choices based on my favorite reads of the year, but more on what might be considered the landmark issues; the ones everyone talked about, or maybe the ones everyone should’ve been talking about. 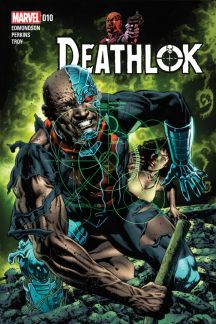 Deathlok #10 is the worst selling in-continuity issue of the year at slightly over 8000 issue sold. To put it in a bit of perspective, Star Wars #1, Secret Wars #1, and Secret Wars #2 reprints all individually sold more than that issue that month. The saddest thing is the series was actually a good read. As much as we always try to remember first place, I wanted to give the HM to the last place. 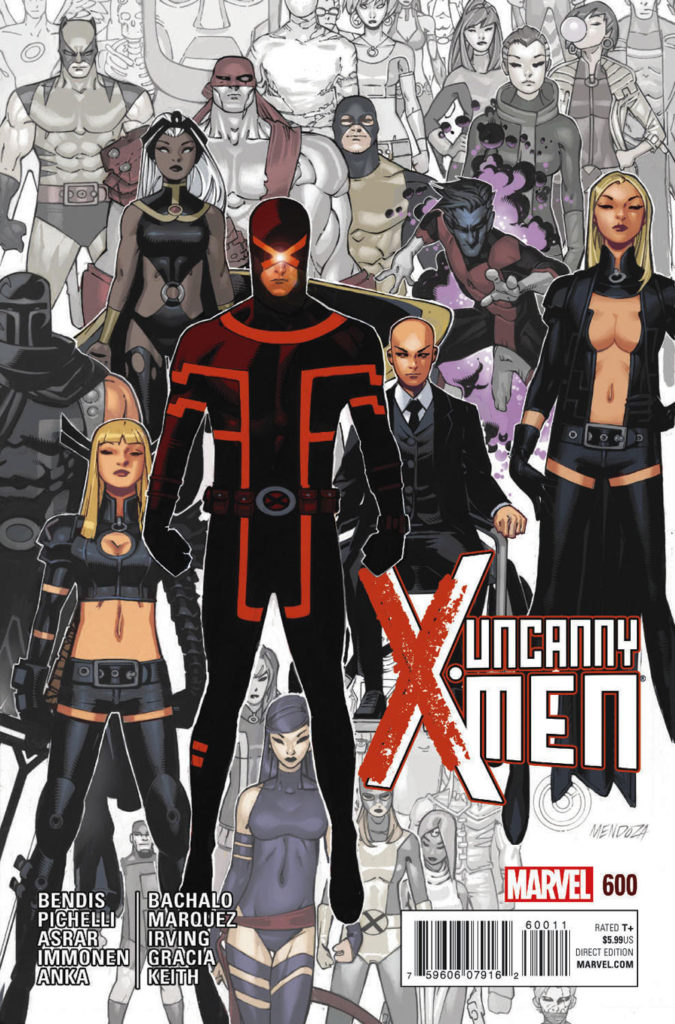 Why is this one on the list? It had a six month delay and once we got it in our hands everyone collectively wondered what the wait was for. In terms of centennial issues, this was a huge let down and an even more disappointing departure for Bendis off the X-Men books than his departure from the Avengers titles. It was also one of the most expensive titles of the year coming in at $6 (matched by Amazing Spider-Man #1 also at $6 which had 12 extra pages of story and content). This one makes this list by without a doubt being the largest let down of the year. 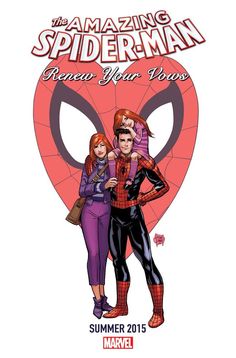 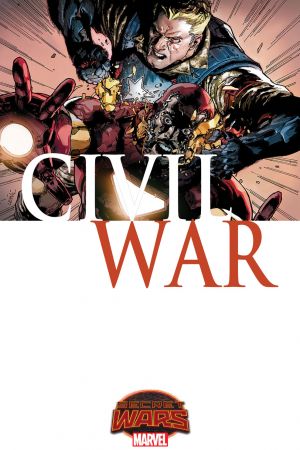 It’s hard to pick out the top tie-ins to the Secret Wars event that occurred this year. There were some surprisingly great reads, some surprisingly horrible reads, and per usual – mostly average reads. Renew Your Vows and Civil War won in terms of sales. They were  two of the better reads produced by the monstrous event. 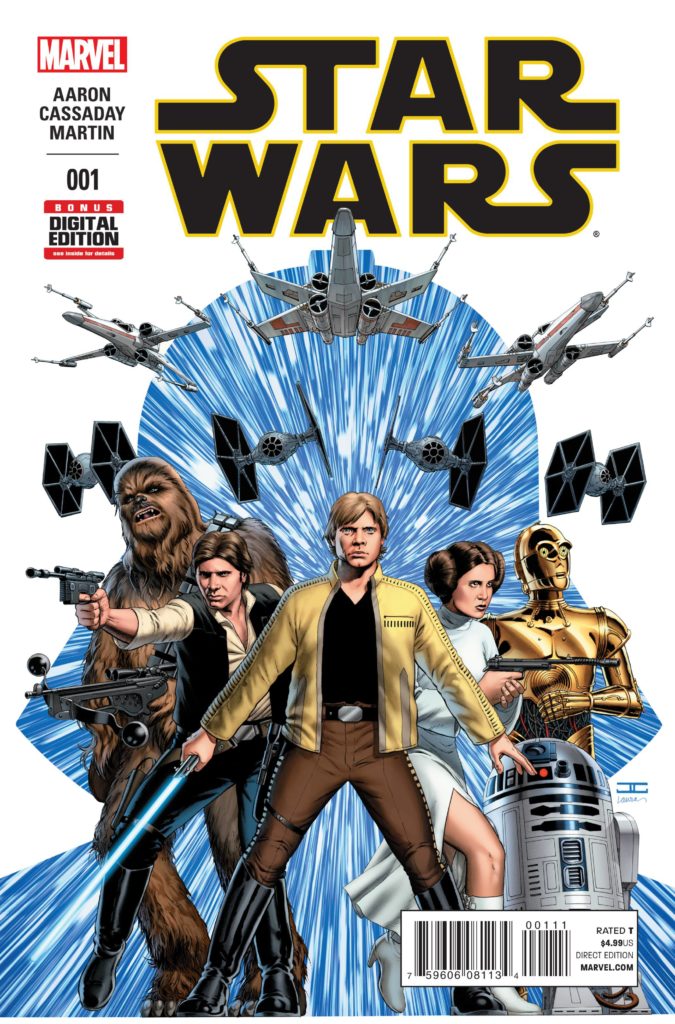 This isn’t part of the 616 (but maybe it is…), but this was the year of Star Wars. Without a doubt Marvel would not have seen the sales it had this year without this title, which this issue alone sold over a million prints when including all the reprints and digital sales. That’s no small feat. That’s early 90’s comic-boom sales. To top it all off it is a pretty amazing comic. It isn’t part of continuity (but maybe it is…), but in terms of Marvel comics it deserves at least a spot on this list. 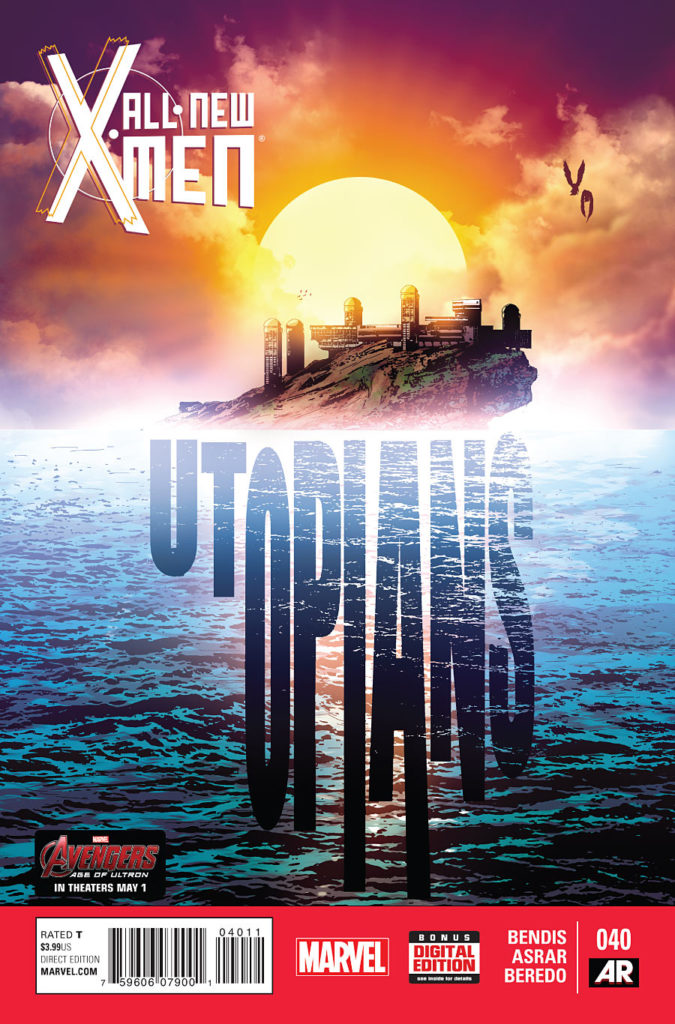 The comic that almost blew up Tumblr. Why? Iceman was revealed to be gay. Will it matter? Maybe, maybe not. In fact, for all this fuss it isn’t even one of the higher selling All-New X-Men issues this year but there was a lot of fuss over this one so it makes the list. 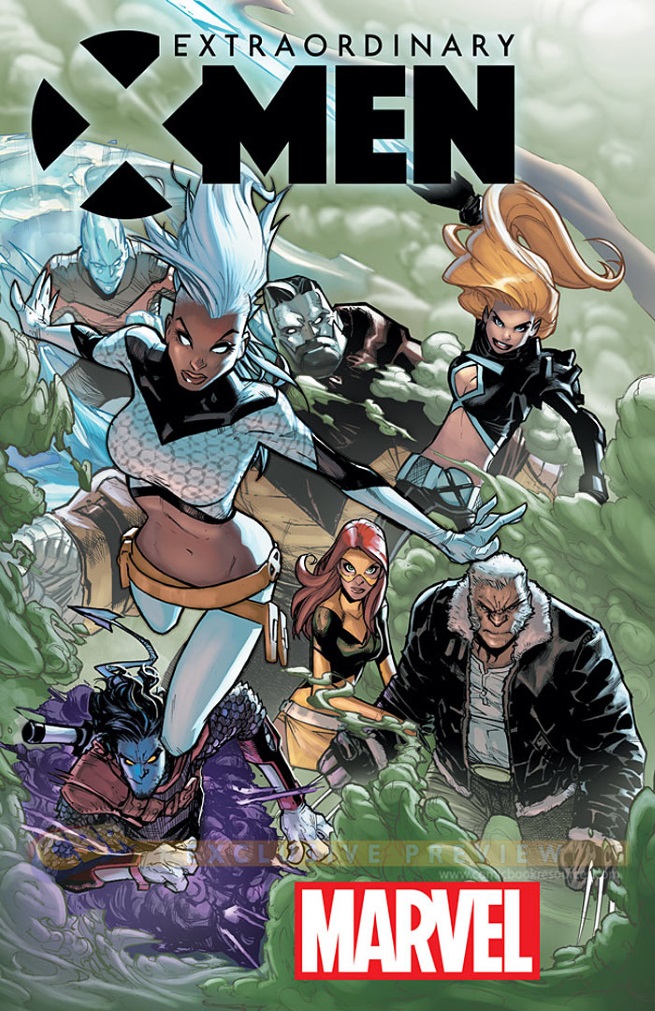 While this is a new series and can still be screwed up very easily, for many long-time X-Men fans this seems to be a return to the roots of what they loved about the X-Men which garnered this book a fairly big helping of praise. While there are some continuity issues that don’t entirely make sense (in terms of the Terrigen Mist death cloud) this book still seems to be what fans wanted, and hopefully it will stay that way. 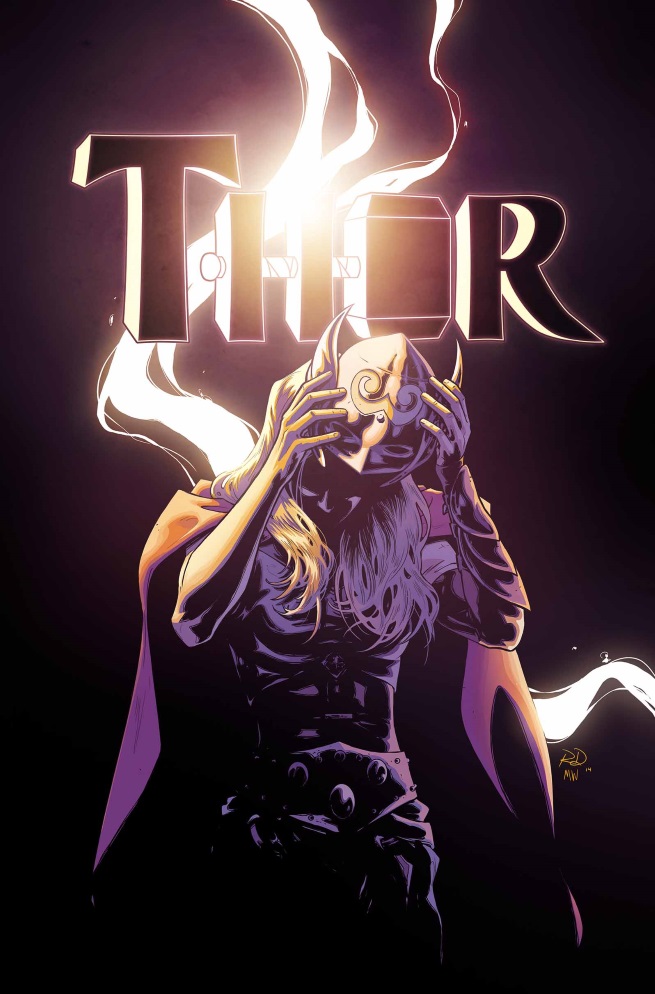 The reveal that Jane Foster is Thor actually blew me away; I did not see it coming. In terms of all the alter-ego swapping going around at Marvel, this book is the best aspect of that and one of the better selling aspects of all that swapping. 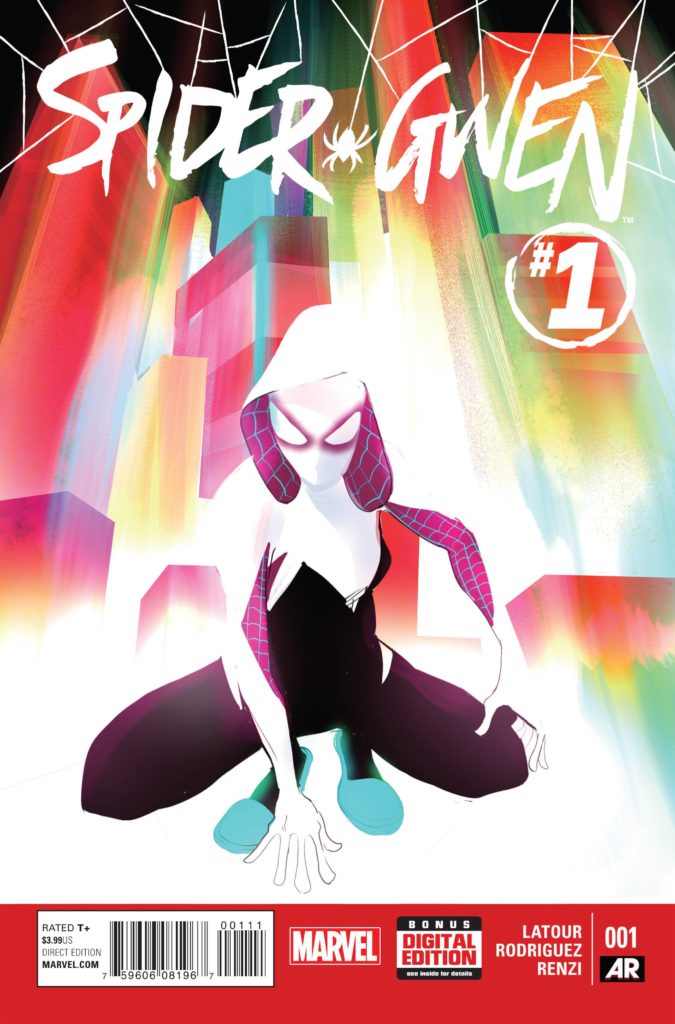 The fans spoke with their money and made the Spider-Gwen one-shot issue from the Spider-Verse series one of the highest selling issues of the mini-event. Marvel listened to the fans and gave them what they wanted. While this series is actually enjoyable and fun, it appears with the introduction of Gwen-Pool that maybe Marvel is giving the fans a bit too much of what they wanted. 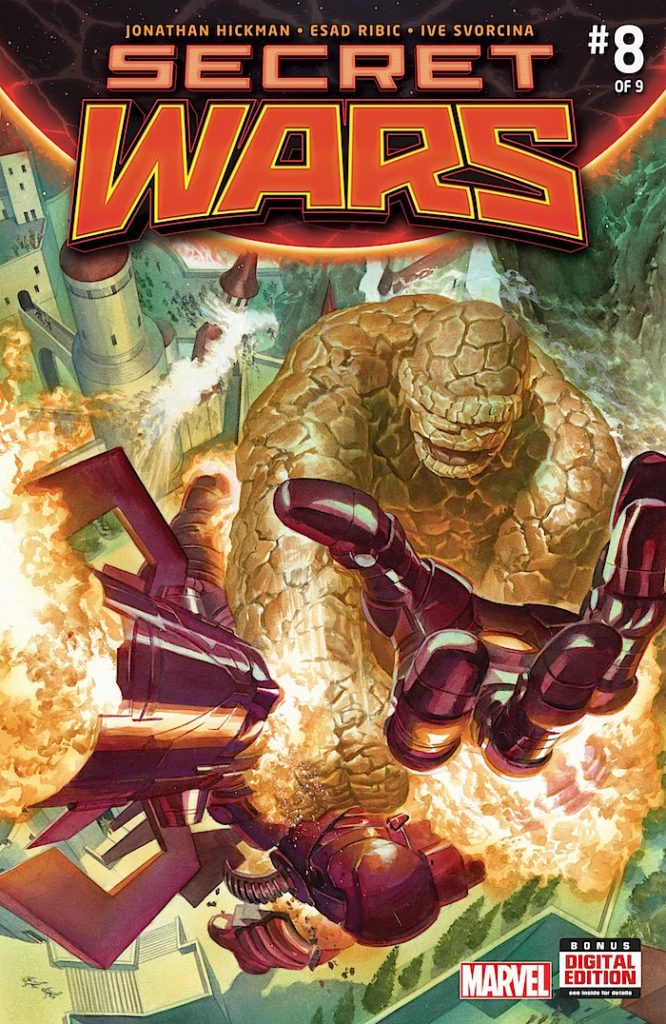 Delay after delay after delay, most readers were getting tired of waiting. After Invincible Iron Man #1 and Old Man Logan #4, most of us have figured out what happens at the end of Secret Wars. I was ready to not even bother with these last few issues but issue eight… aww man; this is what we love about comics. We love amazing battles, cool moments, and a jaw dropping cliffhanger ending that makes us wait impatiently for the next issue. This issue is why we read comics. 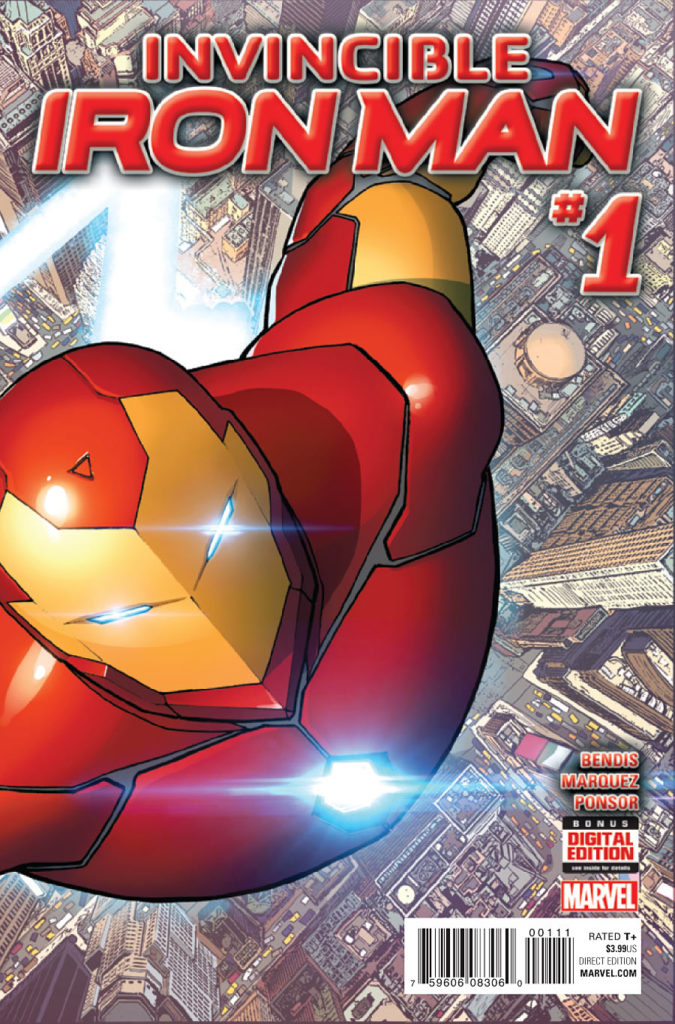 This issue started everything new. With the Marvel relaunch (maybe too early) and with almost 300,000 issues sold, this one kicked it off with a bang. While the caliber of this issue has much to be considered and discussed, it is one of the better Iron Man issues in a long time. 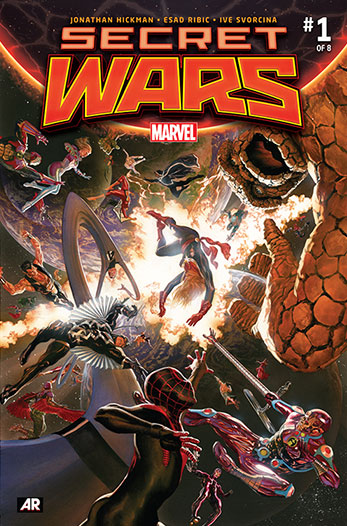 The end of the 616 as we knew it… well, now we know not much has changed, but with this issue the 616 and 1610 collided in on each other causing a pretty epic battle between the two worlds. The result of the battle was meaningless though as both worlds crashed into each other and were destroyed. While the fan reception of this issue was mixed, it was without a doubt the most important issue of the year.