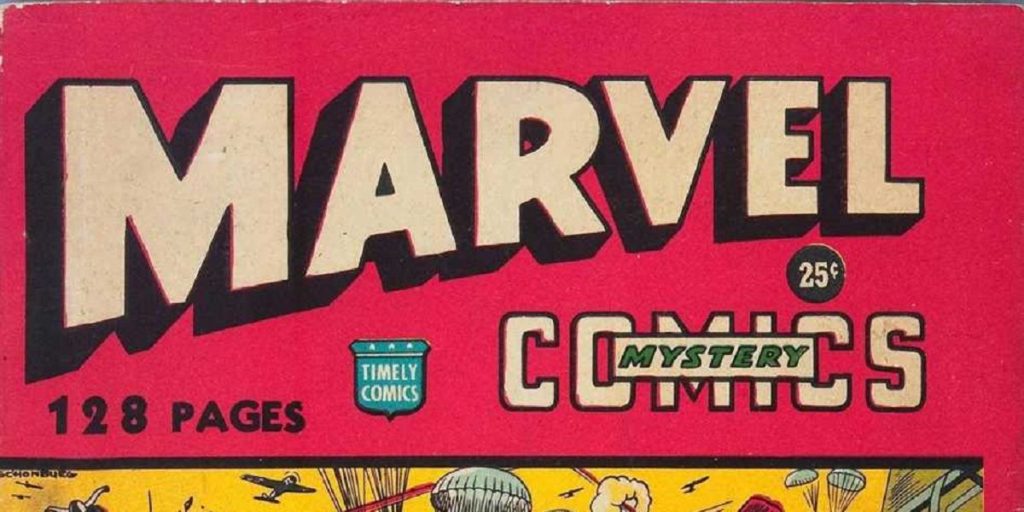 Next week I’ll be going over the top ten Golden Age characters that carried on their battle into the Marvel Age, but today we’re going to look at the top ten Golden Age code names which were repurposed for new heroes in the Marvel Age. By the way, Captain America didn’t make the list, because his passing of the mantle was all done in the Modern Age or in retcons – just to clarify.

This one is borderline cheating being on the list because this is barely a relevant character any more, but we needed ten mantles, so here it is. John Watkins was a WWII hero who was killed by Heinrich Zemo, Helmut Zemo’s father. Years later, when Helmut was about to reform the Masters of Evil right after the Onslaught crisis, he ended up creating The Thunderbolts and he took on the mantle of Citizen V. To add a bit more crazy to the story, once Zemo’s identity was eventually revealed,  John Watkins’ grandson, John Watkins III, retook his grandfather’s (oh, and his father’s for a time) mantle.

Halloway and Worthington have little in common except for having two of the whitest names in comics and sharing the mantle of Angel. One was a WWII era pulp vigilante, and the other is a mutant with a horribly confusing history. 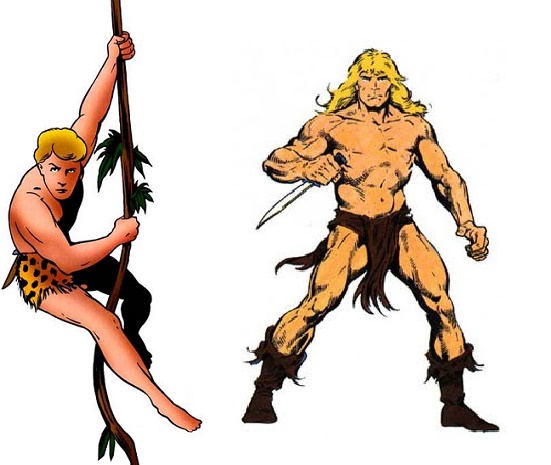 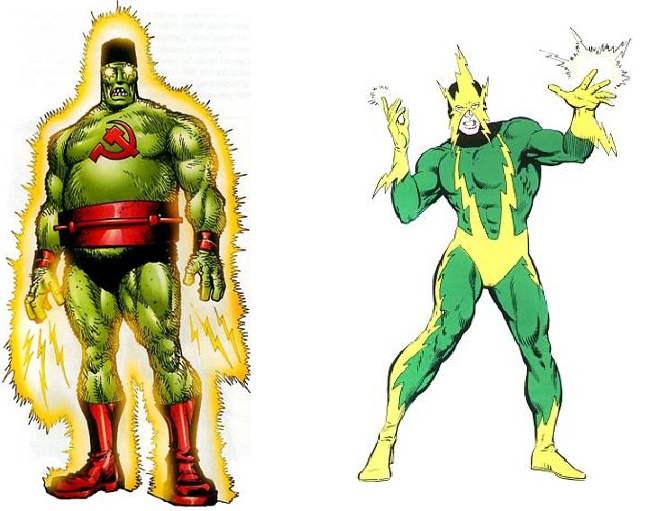 One is a Nazi scientist who appeared for only six pages in one comic, and the other is a superhuman who killed a movie franchise. Apart from the name, Ivan used a suit to acquire the name Electro, while Max gained superpowers. 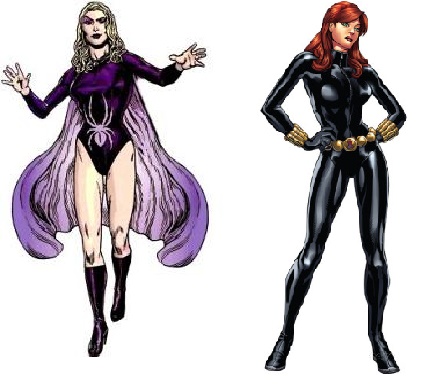 One is a dark, pulp antihero with a strong mystical element and the other is a Russian spy and very little links these two characters together. 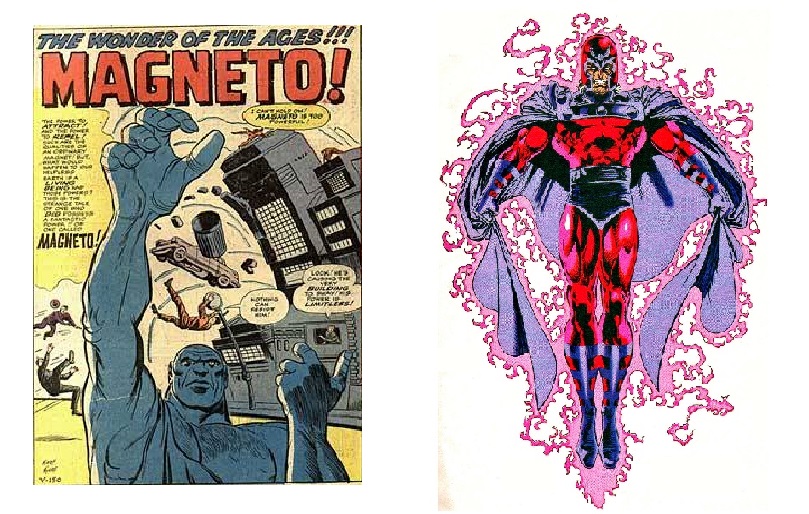 What is most surprising about these two characters is that they were created merely two years apart from each other. Other than that, one was used as a one-off character in a science fiction anthology series and the other is one of the most important Mutants in Marvel comics history.

Although Carl Burgess existed at the time that Captain America and other Invaders were off fighting Nazis, sadly he never fought by Captain America’s side (apart from some potential modern retcons) creating a greater parallel between he and Sam. Apart from the mantle and fighting crime, these two have almost nothing else in common. 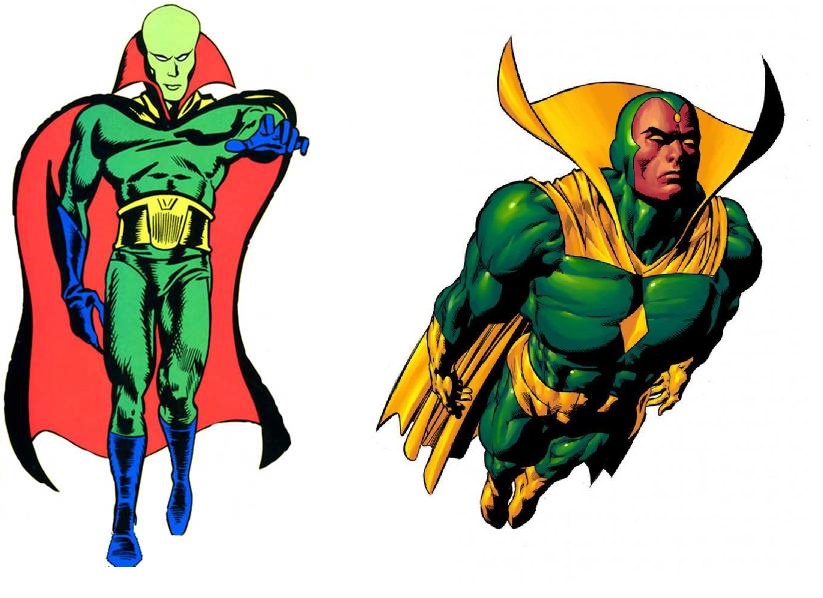 One is an alien visitor and the other is an android built to destroy the Avengers. While the two do share somewhat ghost-like abilities, the rest of their individual power-sets vary dramatically. When Vision was recreated, he did use Jim Hammond’s body (the original Human Torch), whom Aarkus had fought beside in WWII, but other than that there are no other similarities between the two.

Apart from Captain America, no other mantle in Marvel Comics has been passed down to such a lineage of characters. Marvel Boy almost deserves this mantle of the number one spot (almost, I said). With a tradition spanning 60+ years of new characters carrying the mantle, and many reacquiring it in the modern age, these haven’t always been the most popular characters, but they’ve always been around. 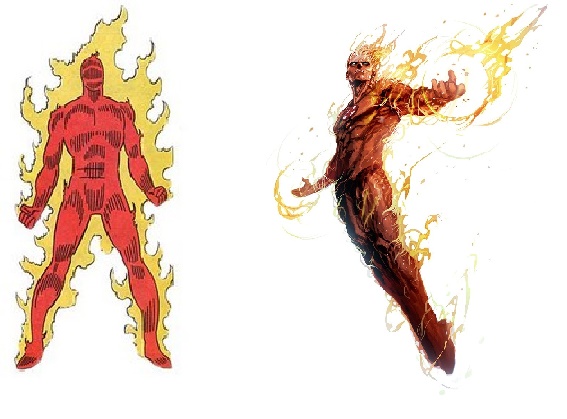 This one is #1 because it is not only the most famous mantle change in Marvel Comics, but also because the power sets of the two characters are almost 1-for-1. Sure, Johnny’s character may resemble more Toro than the original Torch, but in terms of putting the two side-by-side they are almost even in a fight. Although Johnny’s supernova abilities may put him over the top in a fight.