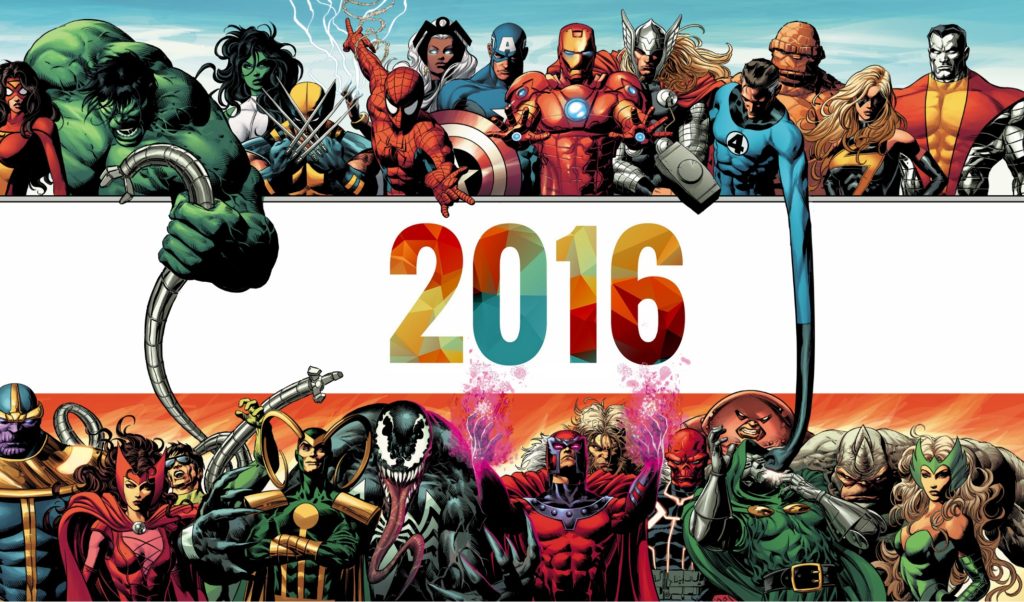 Here are the top Marvel stats for 2016. What does that mean? It means there isn’t much to argue about here. Love it or hate it, there is data to back up all of these stats. To make sure you had something to argue about with these stats (and to get a slight jump on other websites) I didn’t wait for the November sales figures to come out before compiling this list. I also added December of 2015 to the data set since this list will seem silly to read at the beginning of February. So argue away. 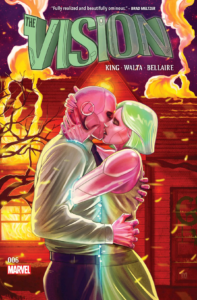 This series was the critical darling of the year. It had an indie feel, but still had established characters. For better or worse, it is what Marvel appears to be attempting to accomplish with every weird title that has the antithesis of 90’s art inside. Other titles have accomplished this extremely well in years past (Magneto & Moon Knight come to mind), but there was this philosophical deconstruction that occurred in this title that pushed this weird little book into points of true beauty and brilliance. Probably every comic book list of 2016 will have this title on it (and every list already out actually does include this title). 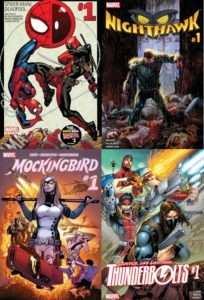 This probably seems like a slightly bitter stat to examine, but for long time collectors this is a fairly huge turn off. It also seems to be getting worse each year. 2015 had the Secret Wars stop-start-stop-restart which gave some series up to three #1 issues in one year. 2016 didn’t quite top that, but 2016 also did not have a line-wide reboot which makes this a staggering number. It is to the point where I’m not even sure what volume of a series we are on (I’ve even seen articles calling Bendis’ latest Invincible Iron Man series volume 2, and I don’t know what volume it is but it is at least volume 5 or 6). Will this change? Not in the foreseeable future, I believe. If this number does seem high, this includes every single one-shot, movie tie-in, and movie or television tie-in. 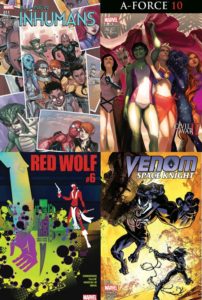 “Canceled” may be a bit of a strong word to use here, but that’s the word typically used. I’m not sure that Vision was exactly canceled as much as the story came to a natural conclusion. I’m 100% confident that Starbrand and Nightmask was canceled (more on that one later). The main problem here is that Marvel wants to call all of its series on-going, so when they end after 6 or 12 issues, it is hard not to assume they are canceled even if it would’ve been more accurate to call them miniseries instead of on-going series. Either that, or in the words of a very wise man, “You keep using that word. I do not think it means what you think it means.” 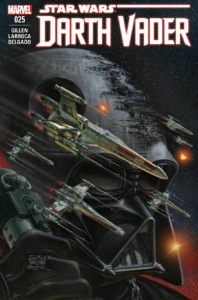 The force appears to be strong with this series! Sorry, that’s a hack pun. You aren’t reading a stupid Buzzfeed article here, and shouldn’t have to deal with that. If I didn’t start with a pun and then berate myself for it, this would just be another paragraph full of bitterness due to the all the relaunches creating very low numbered sales. Also, sadly, this became the last issue of this series which means by the end of the year the Star Wars core title will most likely beat it with issue #26. 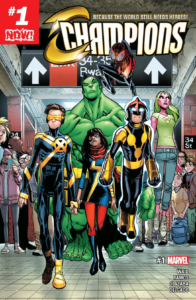 Back in the day this team would’ve been called the New Warriors, but that series just doesn’t sell for some reason (even though the last volume by Chris Yost was really enjoyable). Instead we have The Champions. Shockingly enough, I’m an incredibly out-of-touch old man who apparently does not understand the huge appeal for this series and how this issue was the second highest selling issue of the year. Is it really good? Was there that much hype for this book? I really must be out of the loop. 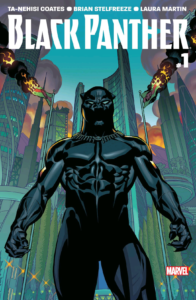 Ta-Nehisi Coates and Brain Stelfreeze offered an incredibly dense and dramatic series to counter balance all the kooky “indie” books Marvel is offering along with filling the huge vacuum left by Jonathan Hickman. While from reading some reviews, there are those that didn’t actually expect (and didn’t enjoy?) Coates to write such a deep continuity story on Wakanda in political turmoil, for those that are classic fans of great Black Panther tales this fills another void that has be absent from Marvel for a very long time. 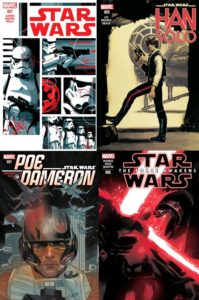 Star Wars is a money making machine for Disney and Marvel. They’ve recognized this, and have enlisted some of the best talents at Marvel to contribute to these books. If you’re ever wondering why your favorite character’s book appears to be drawn by a twelve year old who failed art class, it is because the talented artists at Marvel are probably busy drawing Chewbacca with duel wielding lightsabers! That was such an epic issue! These series’ are really good, and for the second year running they are still dominating the sales, especially in terms of Marvel titles. 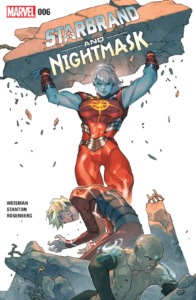 You’d think that ten years ago after Warren Ellis couldn’t even create a catchy hook on the New Universe characters that people would stop trying. Hickman then brought these characters into his Avengers series (and I have to admit, as much as I love that run, I still don’t understand why they were added). Is everyone supposed to love the characters? The writer of this series also worked on Kanan the Last Padawan and also wrote on the Spectacular Spider-Man and Gargoyles cartoons. He’s a good writer, but why put him on characters that well-known and popular writers can’t even create connections to the readers. This series was doomed, and ended up with some of the worst sales of any Marvel series outside of the cartoon tie-ins. 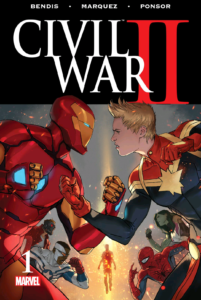 Events always do well even though there is a vocal contingency of fandom who expresses their hatred for the event cycle that the major two comic publishers seem to be perpetuating. Civil War II is another cash grab by the company, promising to change everything yet once again making the same predictable moves and deaths that we all should’ve seen coming from miles away and all of which will be undone and irrelevant less than two years from now (remember Superior Iron Man, kids?!?). The art is pretty (when it is not obviously rushed). With delay after delay (making this the third event in as many years to fail to meet deadlines) it’s a wonder we still fall in line and buy these series. I’m beginning to sound like the vocal contingency of fandom, aren’t I? Why aren’t you? 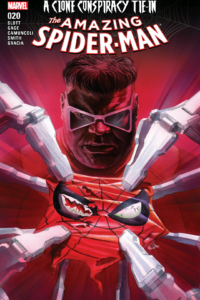 Spider-Man is the winner yet again. Time and time again, Slott’s run on Spider-Man (especially since Superior Spider-Man) not only garners solid reviews but continued strong sales. There is excitement and energy in the series as he continually pushes Parker’s storyline and boundaries with micro-events that typically read better (and are drawn much better). Along with his regular co-writer Christos Gage, regular artist Guiseppe Camuncoli, and covers by industry legend Alex Ross, this team is delivering a fairly consistent and engaging read, which is why it continues to be the series to beat at Marvel. Also the series is bi-monthly which doesn’t hurt this ranking.