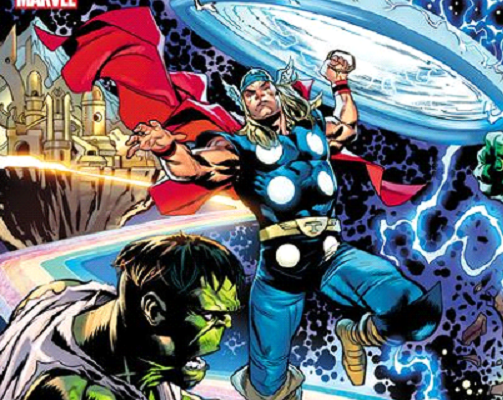 Marvel recently released an exclusive look at a variant cover for the upcoming crossover comic “Hulk vs Thor: Banner of War.”

The variant cover for the first issue will feature a wraparound design with art and color by Geoff Shaw and Federico Blee; depicting two different versions of these titans squaring off. Banner of War will feature current Thor writer Donny Cates and include penciler Martin Coccolo with Gary Frank as the cover artist.

The crossover event will celebrate the 60th anniversary of both Thor and the Incredible Hulk who were introduced in 1962. The Banner of War crossover event will be spread out over five issues with Hulk vs Thor: Banner of War Alpha #1 being released on April 27th with the story continuing with Thor #25 (May 11th), Hulk #7 (May 25th), Thor #26 (June 8th), and Hulk #8 (June 22nd). Look for John Romita Jr. to provide additional cover art for Thor #25.

Follow The M6P to stay up-to-date on all things comics!