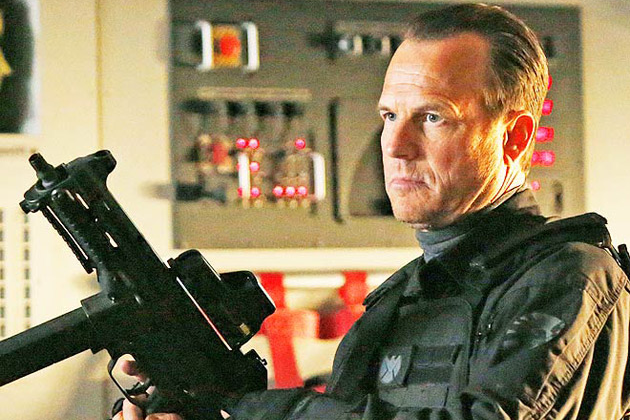 Things are getting crazy in the Marvel TV universe.

Last night’s episode of Agents of Shield was probably the most “edge of your seat” episode they’ve had all season thanks to an array of twist and turns. Lots of loose ends were tied up and more importantly, we finally found out who the REAL clairvoyant is. (Major Spoilers Ahead: Click at Your Own Risk)

So is anyone else surprised that penultimate villain-in-hiding on the show this season turned out to be a character played by Bill Paxton?

After Marvel tried to throw us in loops over who it might be all season long, especially in the last episode – Melinda Mae (Secret phone calls to Fury), Fitz (Why had he been sos neaky?), or Ward (He killed the fake clairvoyant supposedly to protect Skye which we later learned was not true.), Victoria Hand (She just looks evil.) – we were finally able to determine who’s been able to stay one step ahead of SHIELD this season…Garrett and more importantly…HYDRA!

It seems like everyone’s been complaining about the show taking so long to get moving. At first, I felt the same way but now things have changed. The show is tying into the Marvel cinematic universe nicely. It’s amazing how far it’s come when you really think about it. We’ve seen an origin episode for Gravitron, a visit from the Asgardian Sif, the creation of Deathlok and now Hydra is showing up. Also, Nick Fury (Samuel L. Jackson) is set to make an appearance towards the end of the season as well. The scenes have even already reportedly been shot. Considering Nick Fury is now off the grid, it will be interesting to see how he ties in to what’s going on in the TV series.

One final thing to discuss…Ward!

At the very end of the last night’s episode, we saw Ward take out Victoria Hand and some other SHIELD agents in an effort to free Garrett. Wait? So Ward’s been working for Hydra this whole time too? With so many twist and turns, it’s hard to tell if this is going to hold or if it was all a big scene put on so Ward could actually infiltrate Hyrda?

Only time will tell…or perhaps the last few episodes this season.