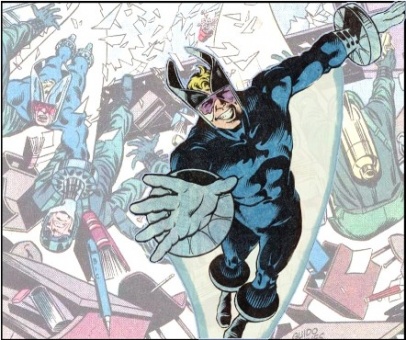 It’s time for this week’s edition of Obscure Characters from the Marvel Universe and we couldn’t be more excited.

Why’s that you ask? It’s simple. Because today we’re going to be highlighting (drum roll)…THE TORPEDO!

This is one of the most unique characters I’ve ever covered in that he’s not even really a character, but more like a suit which has been passed on to numerous individuals. The main opponent of the suit has been Daredevil throughout the years.

Who is The Torpedo?

The Torpedo suit has been worn by many individuals in its time…five to be exact. 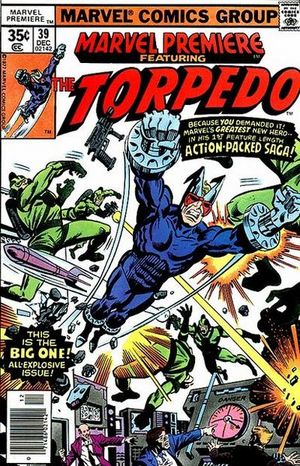 The first version of the Torpedo is a hitman sent by a crime boss to kill a witness but it is later defeated by Davedevil. The second version is a young scientists, Michael Stivak, who develops a costume which comes equipped with turbo-jets which can send him hurdling through the air as well as magnify his strength.

The third Torpedo was plaid by Brock Jones. He witnesses a battle between Daredevil and Stivak, later freeing the dying Stivak who bequeaths his suit to Jones. The suit is later bequethed to Jone’s cousin, Phillip Jeffries.

The Torpedo suit allows the wearer the ability to fly and increased punching powers.

Throughout the many appearances of the Torpedo suit, it seems like each wearer has taken up the mantle in order to become a super hero, only to fail miserably at their own misdeeds.

Check Out the Previous Edition of this Column – Obscure Characters from the Marvel Universe #4.