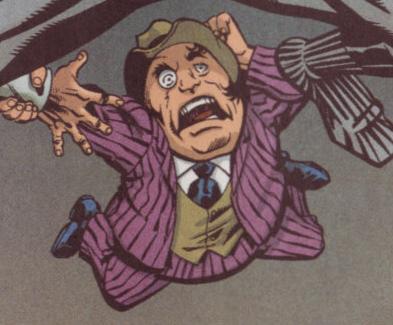 So every once in awhile I stumble across a character I have absolutely no clue about. (Actually it happens a lot hence the name of this column).

Well for today’s edition of “Obscure Characters of the Marvel Universe, we take a look at one of the most obscure I’ve ever come across thus far – Abner Little.

Who is Abner Little?

A soldier of fortune and a member of a secret society know as the Collectors, years ago Abner Little worked with the Black Panther during a quest to find the fabled Frogs of King Solomon. One of the frogs had the ability to control time while another could control space. If used in combination, the wielder would be given great power.

Upon his question to find the frogs, Little would learn the frogs were too dangerous for anyone to possess. Years later, Little also tricked Iron Man into working for him.

Abner Little is a very strict business and negotiator. Although he’s known for cutthroat tactics, he isn’t an evil person but is not above murder statisfy his greed. Mister Little is a shrewd businessman and negotiator. Although he is not a wantonly evil person, he is well known for his cuthroat tactics, and is not above murder to satisfy his greed. With that said, he’s only killed those who intended to do who harm, in most cases.

Check Out the Previous Edition of this Column – Obscure Characters from the Marvel Universe #5.