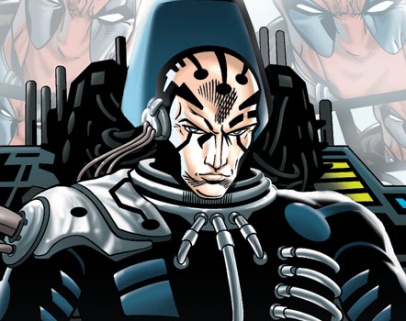 For those who aren’t familiar with today’s Obscure Character from the Marvel Universe, you’re missing out.

Formally known as Commcast today we take a look at the mutant Black Box!

Who is Black Box?

Otherwise known as Garabed Bashur, Black Box was once a student of Professor Xavier, and trained to control his ability. After Xavier caught Garabed doing some mischievous acts, he decided it was time to banish from the school. Using his powers (which will get to later), he was able to use the knowledge he gathered to gain enormous amounts of money. Through his power and money, he would later take control of a group of mercenaries known as the Executive Elite.

Black Box has the power to absorb and decipher electronic signals. This is done through a technique called Cybernathy, which allows one to receive and store all types of electronic data and transmission in his mind. His mind’s storage capacity is infinite, however it is streamed into his mind much faster then he can accurately scan at times.

Check Out the Previous Edition of this Column – Obscure Characters from the Marvel Universe #6.