Obscure Characters from the Marvel Universe: HellCow – The Vampiric Bovine! 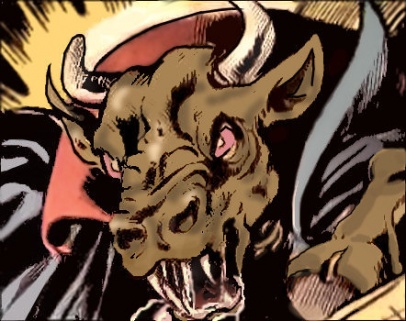 Today we take a look at one of the oddest characters to hit the Marvel Universe – Hellcow!!!

With a stereotypical “cow” alias – Bessie – we can thank Count Dracula for this odd little creation.

Believe it or not, the Hellcow first appeared back in 1975. The character made her debut in Giant-Size Man-Thing #5 which came out in the summer of 1975.

Bessie was created in 1675 after Dracula fed on her because he couldn’t find any humans to prey upon at the time. Her owner later finds her and thinking she is dead, buries the cow. However, Bessie later returns from the grave three nights later in search of her creator.

Throughout her comic tenure, Hellcow has come across Howard the Duck and even Deadpool. The teamup with Deadpool goes as follows. A crazy Doctor Kilgore collects the Hellcow’s “vampiric milk”, which he believes will help him attain immortality. Kilgore eventually abducts Deadpool after his plan doesn’t fully work and digests his hypophysis after extracting it. This in turn provides him with his self-healing Deadpool. 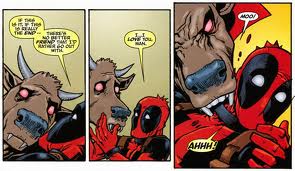 The combination of Hellcow’s milk and Deadpool’s healing ability doesn’t mix well though and makes Kilgore even more insane. Hellcow and Deadpool then team up and Bessie make’s the “merc with a mouth” a vampire, albeit temporarily, to defeat Kilgore.

But What Can She Do?

Check Out the Previous Edition of this Column – Obscure Characters from the Marvel Universe #7.