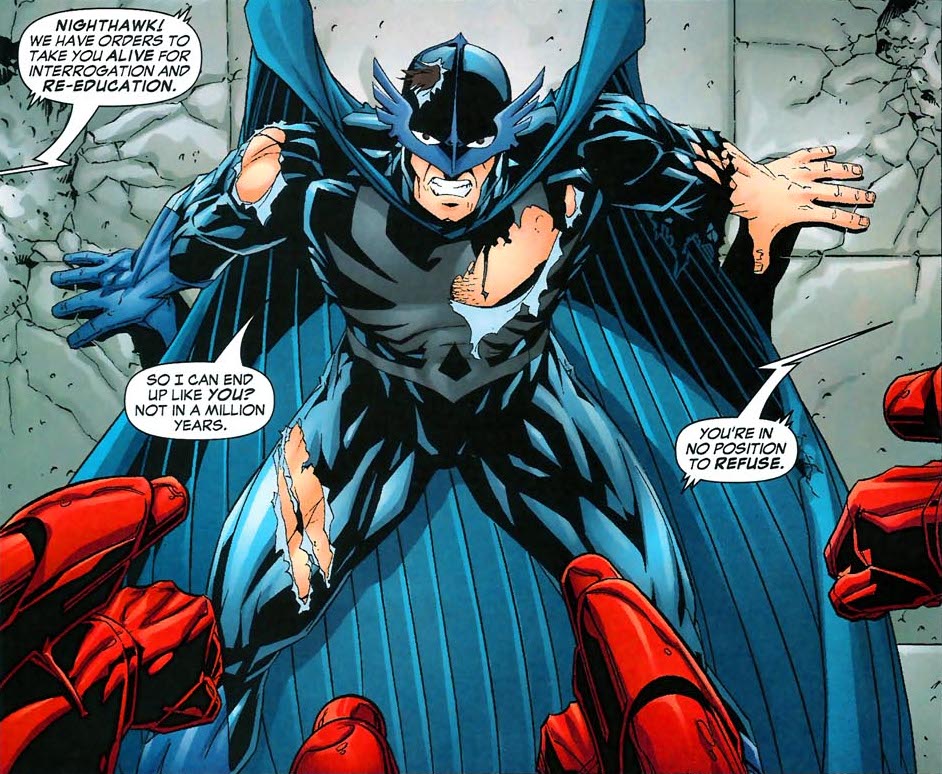 In this week’s edition of Obscure Characters from the Marvel Universe, we take a look at one of the more “stereotypical” looking superhero chums. That’s right, today we take a look at the one and only – NIGHTHAWK! 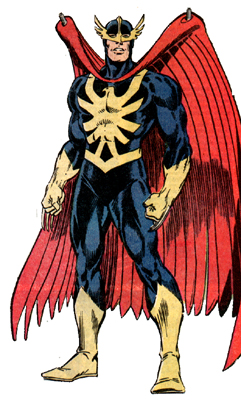 After doing some research I quickly discovered Nighthawk is perhaps the most confusing character I’ve ever covered for Obscure Characters from the Marvel Universe. There have been about five different incarnations of the character and he’s went from villain to hero to villain to hero. The original Nighthawk, Kyle Richmond, first appeared as a villain in The Avengers #69. He would later appear in a single Daredevil title following this arc before stints in everything from the Incredible Hulk to Dr. Strange to even The Amazing Spider-Man.

But What Can She Do?

Nighthawk is a stellar athlete who after thanks to a alchemical potion, enjoys the luxury of mild super-strength and increased agility during the hours from dusk to dawn. He also has some toys with his costume including a jet-powered wing system, claws, lasers and other projectile weapons.

Lots of incarnations of this character. He is truly spread across the Marvel Multiverse!

Check Out the Previous Edition of this Column – Obscure Characters from the Marvel Universe #8.