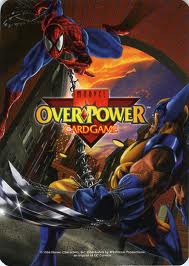 I played Magic the Gathering and my roommate in college even got me into the Lord of the Rings TCGs, but out of all the card games, I never was able to figure out the Marvel TCGs. So why am I writing this article on a subject which I clearly have no expertise? Spite.

OverPower came out in the mid 90’s and had the clear distinction from Magic: The Gathering at the time of not actually being fun and generally having worse art. OverPower was the first game to offer a chance for TCG enthusiasts to play with Marvel Comic characters. However, it wasn’t very fun as I already mentioned. Maybe it was me, but I don’t think so. 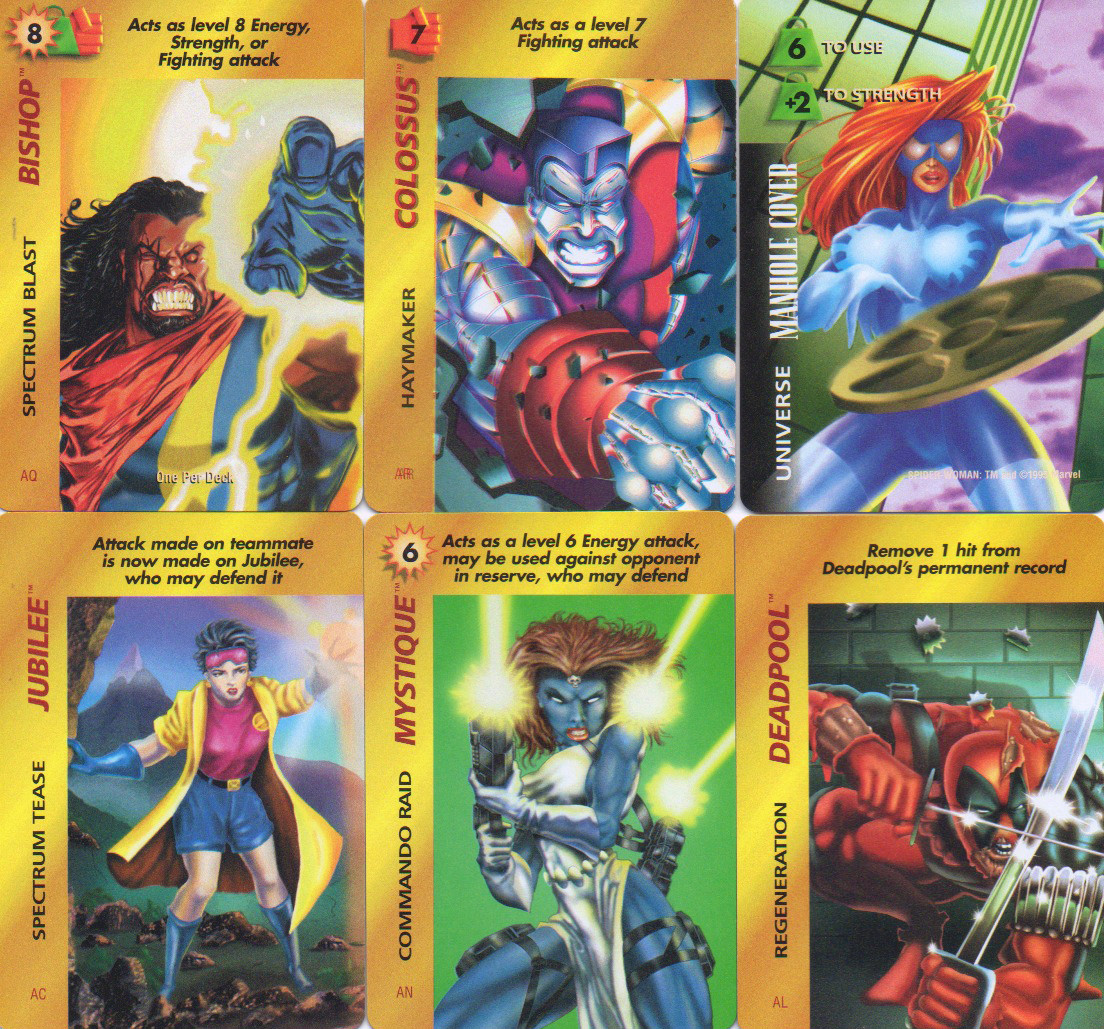 I bought several packs of these cards from my LCS back in the day and took them home to be pleasantly surprised that I had cards with characters I liked on them. I had Psylocke, Spider-Man and Storm cards. Sadly, I had no instructions, so when I found a friend who was interested in playing and we got together we ended up looking at our cards and thinking about how cheap this game really was. Supposedly you were supposed to buy a starter kit and we ended up wasting our money of multiple booster packs thereby creating worthless decks above and beyond not even having instructions. Also, remember that most people did not have readily available internet access and if they did it was dial up access, so heaven forbid you were online and someone picked up the phone. They were now temporarily deaf and your online session was booted. I clearly remember the only time people in my house ever yelled was to say, “I’M GETTING ONLINE! DON’T PICK UP THE PHONE!” So then if you were lucky enough to be able to stay online long enough to do…well…anything, you would have to use Alta Vista as your search engine and hope someone on Geocities had actually put the instructions to the game you wanted to play on their site. By the time you found the site, your mom would yell at you because someone may be dying and they weren’t able to reach us and asking, “Well, if they’re dying why wouldn’t they call 911 instead of us?” would just get you smacked. So, suffice it to say, we never figured out how to play OverPower. The game ended up dying several years later when the brilliant decision was made with the final series to cut them a different size than any other deck had ever been cut. 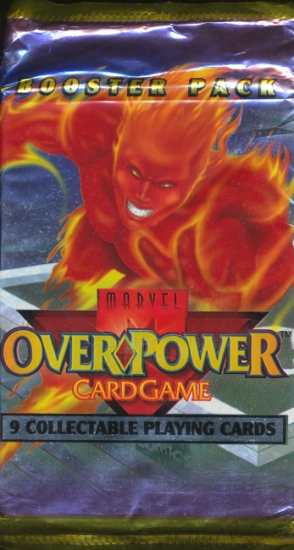 After that series failed, X-Men the Trading Card Game came out around the same time as the first movie. Luckily for me I disliked OverPower so much I never bothered to pick up this game. Unluckily for anyone who played this game it also required dice, so if you didn’t already look like a loser playing a card game, now you got to look like a loser playing a card game and D&D. Even women who now dress up as superheroines at comic book conventions find these people unappealing. Sorry, but I don’t make the rules. Speaking of rules, this game was actually somewhat simpler in terms of gameplay than OverPower in that if you knew you had to have dice to play it, you could probably figure it out. Not that I would know, but Wikipedia seems to think so. 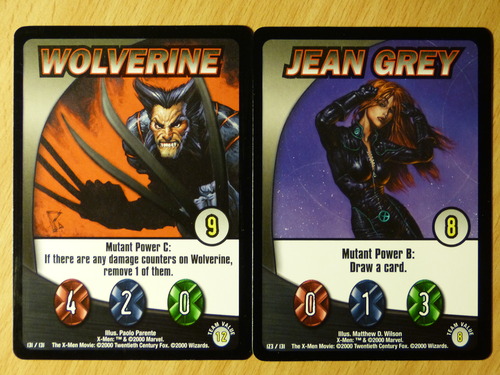 After the X-Men, ReCharge was released which we’ll just call OverPower v2. No one played it, at least no one that matters. 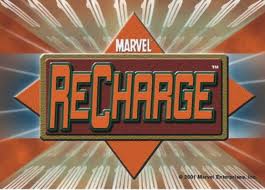 The next TCG which came out, and is still considered the strongest introduction into the comic themed trading card games, was the Vs system. It ran for many years, and like OverPower, crossed over between companies to include Marvel’s distinguished competition. At one point the Vs system released a Spider-Man themed series, and with that came special edition starter kits in collector tins. I, being the eternal fanboy, picked up the Doctor Octopus themed tin which I still have in my study (the adult name for my comic book room). In the starter pack came instructions on how to play. Here’s the thing though, I didn’t feel like reading the instructions. I had a college degree and assumed I was smart enough to figure out this game. I should probably mention I had a low GPA, but most of that came from just not going to class. I’m smart; just lazy which is probably why I didn’t bother reading the instructions. So I took my fancy tin to a game at a LCS with my unopened pack of cards. I had played other card games beyond not playing OverPower, so I knew I could figure this out on the fly. 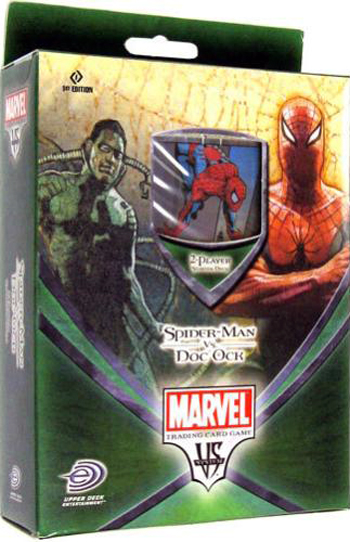 Well, after the kid in the sweat suit with Mellow Yellow breath was done yelling at me because I played my cards wrong, I threw my deck at him, and walked out with my collector’s tin. This is probably my favorite Marvel trading card game unless you count Spider-Man Uno, which I do. 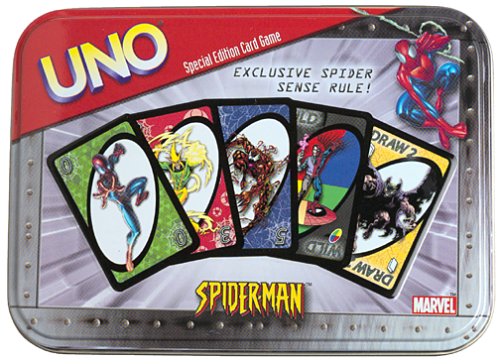