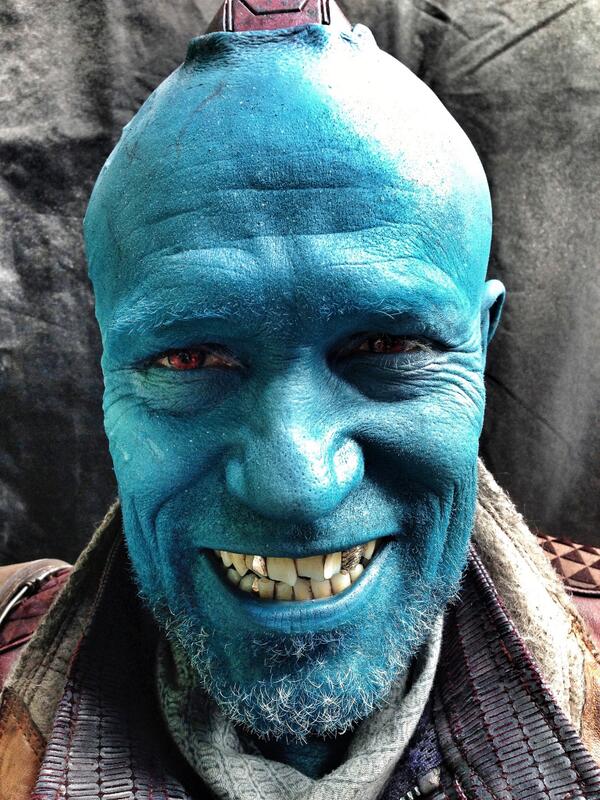 For those of you who’ve already been fortunate enough to see this summer’s biggest hit – Marvel’s Guardians of the Galaxy – you already know one of the hidden gems (character wise) in the movie was Michael Rooker’s take on one of the franchise’s original Guardians – Yondu. Director James Gunn has stated on numerous occasions he didn’t even originally plan on having Yondu in the movie. He only decided to add him so he could have a part for Michael Rooker to play.

While on the surface it may appear we already understand the “in’s” and “out’s” of Rooker’s take on Yondu, I think there is far more going on than has been led on so far. With that said, I’ve put together a theory, a “comic” hypothesis if you will, of what Yondu’s real roll will be as it pertains to the Marvel Universe franchise.

Prepare yourself for a wild conspiracy theory…

So here’s the theory…

Gunn recently stated in an interview we would eventually see Peter Quill a.k.a Starlord’s father some time in future movies. However, the character would not follow suit with the comics. His father won’t be J-Son who we’re all familiar with it. It’s going to be someone completely new.

I have a feeling Michael Rooker’s roll is going to be far larger than we all originally thought and in turn, have put together a theory which will make your minds explode with inquisition. 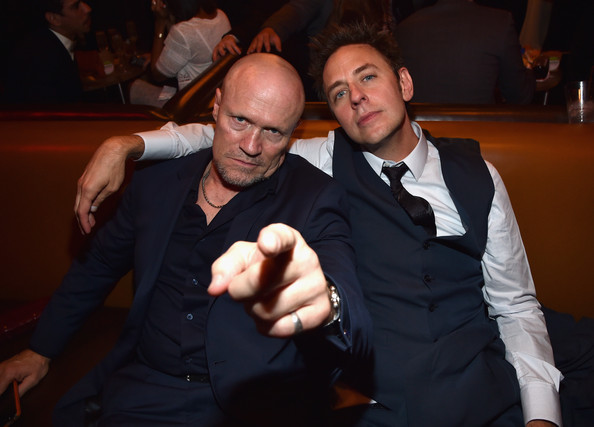 Yondu is actually Quill’s father. Sure it may seem far-fetched but who knows? Again, Gunn loves Rooker. They’re great friends in real life even. In the comics, Yondu came from a very honorable alien tribe, one which is in-tune with the natural flow of things. His main power is his ability to develop an empathetic relationship with all beings. In the new movie, he is a mercenary who heads up the Ravagers and shows no empathy what-so-ever. My question is why such a huge difference between a character’s movie version and their comic version?

I don’t buy it. There’s more to Yondu than we’ve seen yet. I don’t believe he’s this maniacal hillbilly space guy which we’ve been lead to believe. Want some supporting evidence to suggest he’s going to turn out being Quill’s father…no problem. (*I want to point out I visited a number of online forums and blog to investigate this theory further. The evidence I’ve collected comes from comic fans like all of us.)

– Quill’s mother talks about how his father would pick him up some day. This happens literally after the moment she dies by Yondu’s ship. Sure, Yondu says he was hired but could it be a ruse? Keep reading?

– In the movie, Quill’s mother refers to his father as an angel. Towards the end of the film, Yondu says “I may look like an angel on the outside, but I sure as hell ain’t one.” Perhaps Yondu charmed Quill’s mother and later picked his son back up, raising him to be a thief but was simply too ashamed to admit his actions.

– Whenever Yondu puts a bounty on Quill’s head, it’s never a “Dead” bounty. He always stresses Quill needs to be captured alive.

– The Nova Corps tells him his father is not human.

– The bounty Yondu puts on Quill only comes after he realizes Quill has an Infinity Stone and that Ronan is after him. This to me seems more to protect Quill and the stone than actually go after. The next thing you know, they’re fighting a war together.

– Even though Quill fools Yondu at the end, switching out the stone, he doesn’t get that upset? Even after he was after the “stone” the entire movie. I feel Yondu honestly cared little about having the stone himself, he just wanted Ronan to not come after Quill anymore.  Also, had he not demanded the stone, it would’ve looked out of character. Yondu knew Quill was going to trick him and then hand it over to the Nova Corps.

– All those little toys on Yondu’s dashboard…

– Did anyone else they all came from Earth, from what it appears is the 80s? Mementos from his last trip there perhaps?

– Yondu’s main accomplice, at the end of the film, talks about being hired by Quill’s father. Yondu then says “I hear that guy’s a jackass” insinuating neither he or the Ravager’s know who Quill’s father is, or have even seen him for that matter. It sounds like Yondu made him up to disguise his own identity as being Quill’s father.

Again, I’m not saying any of this amounts to well…anything, but if you put all the evidence together, something is going on here. Every word, every scene in a movie is in it for a reason.

You just have to put the puzzle pieces together.