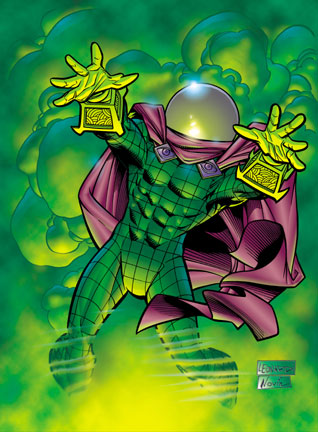 Quentin Beck was always a weird guy. He put a fish bowl on his head and fought Spidey with CGI. A few times he even really messed with his head by making him think loved ones were dead. In fact, there are several instances where we the reader thought someone was dead only to have it revealed they were never dead, but rather a trick by Mysterio.

Even Mysterio can’t fake everything, or can he? On Kevin Smith’s phenomenal Daredevil run drawn by Joe Quesada, there was a cool twist in the story when the villain was revealed to be Mysterio. Further into the story at issue #7, Quentin feels defeated by Daredevil and in a strange twist of fate “pulls a Kraven” after he admits stealing this idea from Kraven. In a truly horrific scene, Mysterio turns a shot gun on himself as Daredevil shields a baby from the blast and gore. 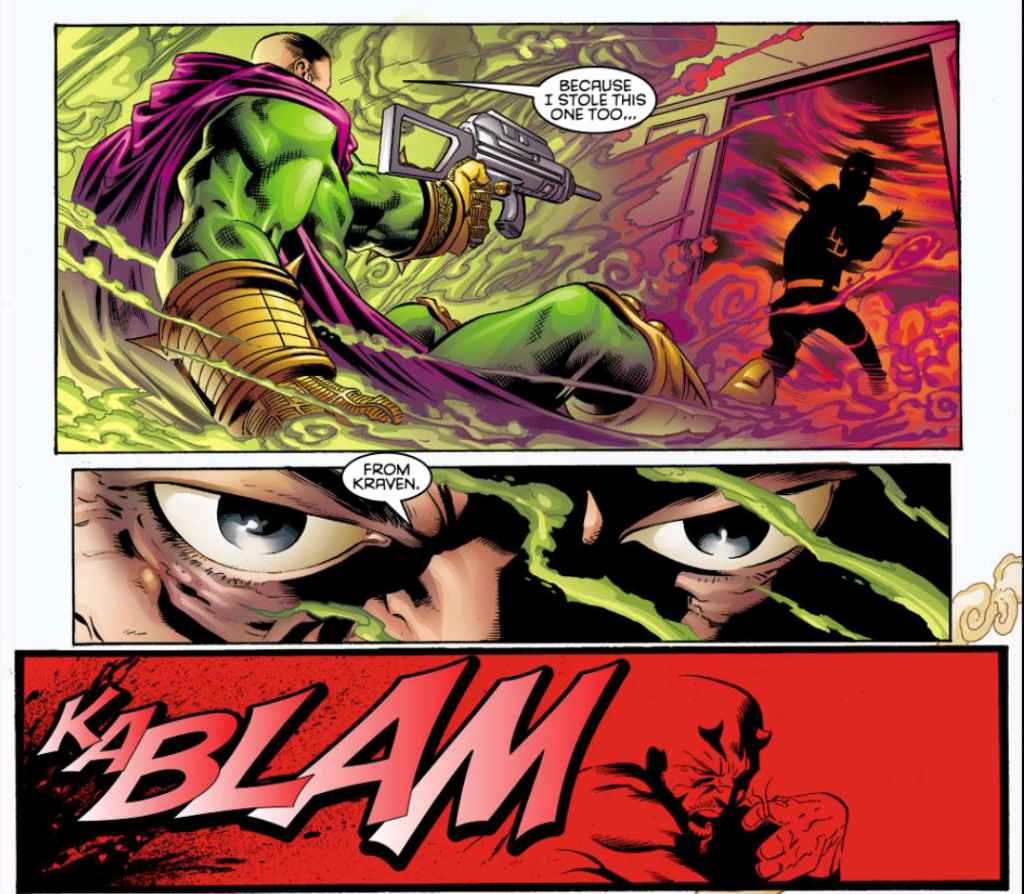 Mysterio was dead, except for the people who used his costume in name only.

The easy thing for Marvel to do would be to admit that Mysterio had faked his own death, but in another twist during Peter David’s Friendly Neighborhood Spider-Man (# 11 – 13) it is hinted that Quentin Beck actually came back from the dead by supernatural means. Mysterio goes so far to remove his fish bowl and show that he still has half of his head missing from when he went Kraven on himself. 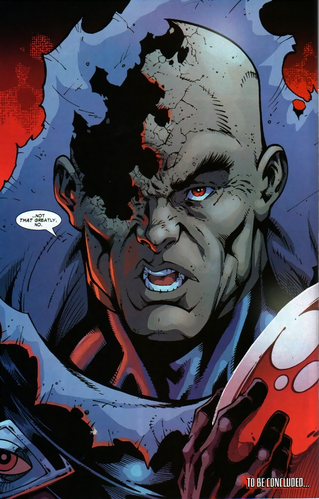 It turns out Mysterio went to hell for committing suicide but his “superiors” in the afterlife sent him back to life in order to maintain a ‘cosmic balance.’ Why the cosmic balance would be ‘unbalance’ because of Mysterio’s death remains a mystery…