This is an important issue because it is the first appearance of Domino. It is also the first appearance of Grizzly and Cable’s team, The Wild Pack (which would later go on to be called Six Pack). (What I think is far more important, much to the chagrin of Domino fans everywhere) Although he is a household name for comic fans today, this is one of Mike Mignola’s last major interior works at Marvel, and some of his only interior work at Marvel that has his quintessential aesthetic he would be famous for with Hellboy in a few years. Mignola is also infamous for hating drawing cars, and this comic has him have to include those for a panel or two. If you are one of those hardcore 90s fans who wants some pouches and impossible feet never fret because Liefeld still draws the first and last pages of this issue, and even offers two pinups of Cable at the back of the book (one of which I like to call “Everyday is Leg Day.”)

Bleeding over from the previous issue, Sauron has Sam Guthrie dead in his talons. Cable starts to flip out, and so does Boom Boom, which causes Cable to have a flashback.

Ten years ago in New Mexico, Cable along with Bridge, Grizzly, and Domino are making an assault on a Hydra base. Hydra uses a massive weapon which Grizzly takes the full brunt of before destroying the tower on which it sits with lots of Hydra agents dying.

The four mercenaries climb the outside wall to the main base and at the top are met by Hammer and Kane, two more members of their team. The six infiltrate the base.

Inside they find the EMCHAC which is an extremely power weapon of mass destruction. They have been hired to steal a vital component from this device. As they attempt to sabotage the weapon, they view a prerecorded message from Baron Von Strucker mocking the intruders and telling them they have thirty seconds before the entire base explodes.

Hammer finishes up obtaining the device while Cable gets his body-slide coordinates ready. At the last possible minute he body-slides by six and they all end up in a military helicopter outside of the flaming instillation. They turn the device over to their current employer who happens to be AIM. The AIM scientist paying them explains that the mission was merely to discover how far along Hyrda was in developing the weapon, and it turns out they were extremely far off from getting it to work which was why Strucker didn’t hesitate to destroy the base.

The six are paid, and Cable goes his separate way from the other five, saying he’ll let them know the next time he has a mission.

He teleports forward in time about one-thousand years. He’s been gone in his time span around a year, but he just left a day ago based on his robots’ perspective. He sits down at his terminal to talk to Professor, the AI which operates his system and checks for temporal anomalies for Cable. The computer tells Cable that he has a new awakening report, which is on Sam Guthrie. This is Cable’s first knowledge of the boy, but the computer mentions that he will never become a X-Man, but he does live into the 24th Century and is to become a High Lord. The computer tells Cable that Guthrie is to become king and that Cable is the boy’s teacher. 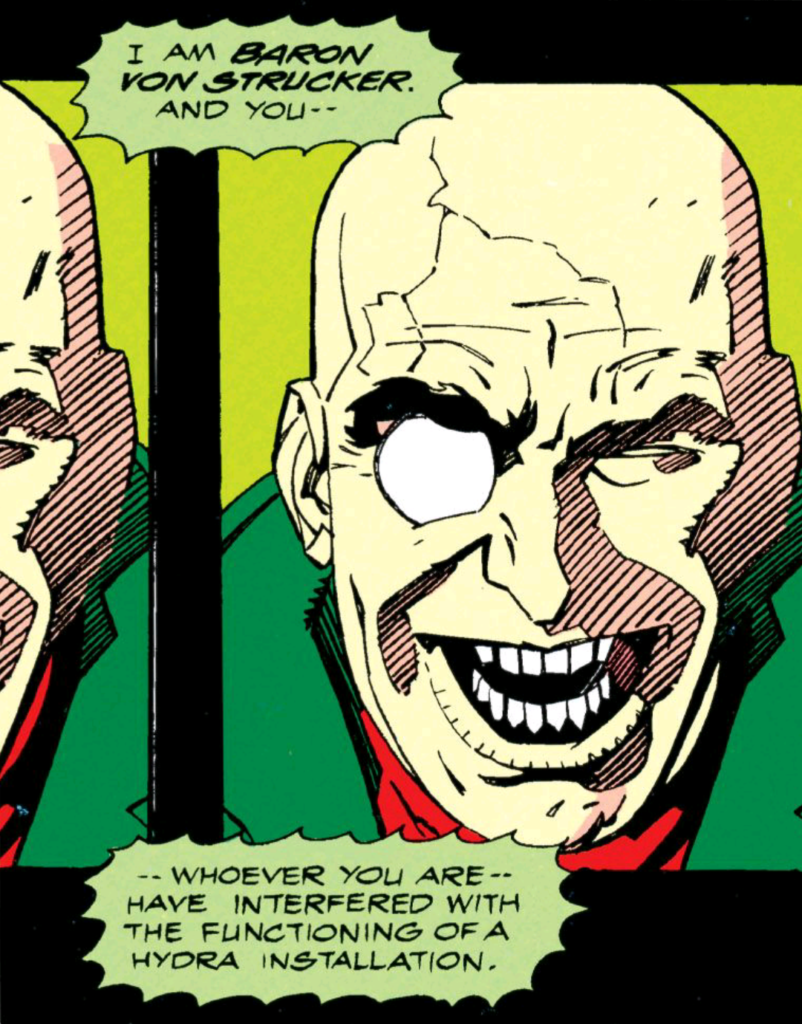 Cable mounts up and plans to go back again in time to find, help, and teach the boy.

Back in the “present” moment Cable is still freaking out and decides to shoot at Sauron.

As much of a fan as I am of Mike Mignola, it is obvious he became a much stronger artist and storyteller as he became a stronger writer. His artwork in this issue, while it accomplishes the job, is an early example of his unique and defining style. Going from this issue to his modern Hellboy in Hell series, it is extremely fascinating to see how far he’s come. I think that makes this is a great issue artistically for someone who is already a fan of Mignola. His Dark Horse work is probably a better introduction if you’re not familiar or a fan of his art.

In terms of a plot and writer, Liefeld isn’t horrible with his dialogue, but this entire issue feels unneeded and pointless. We get to see how Cable raised funds for the future X-Force he would create, and it introduced Domino, but there was no actual point to this issue other than Liefeld to take a break on art and not miss the advancement of the over-all plot of the series. There is a valid argument to be made that the entire needed plot of this book is “Cable gets mad and shoots his gun.” While that tends to be the plot of a lot of Cable stories, I think in terms of the plotting and pace of the series, this is a bit of a needless issue. It is fun as a retrospective to a Mignola fan, and the dialogue and story aren’t bad, but the entire issue feels pointless. 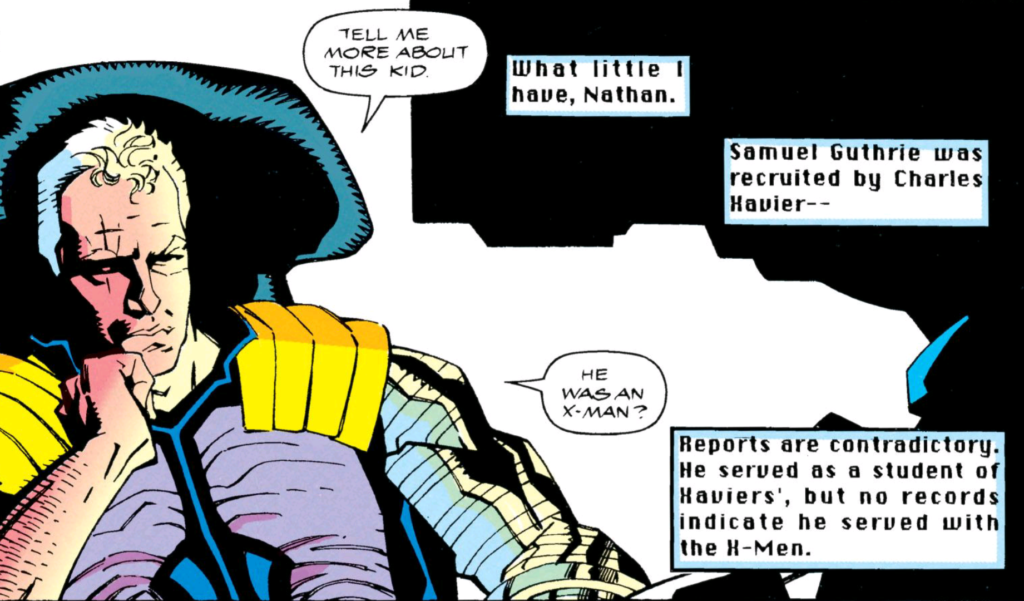 Only really hardcore X-Force fans or Mignola fans should really bother with this one. I can’t really recommend it to any casual fan of either. Mainly because I was a casual fan of this era of X-Force and there were several things that made no sense to me, but I enjoyed seeing Mignola’s art even though it was in the early stages of his evolution towards his mastery. It is hard otherwise to tell anyone to read this one. Possibly in the larger arc of Cable and Guthrie’s story it makes more sense, so I wouldn’t skip it if you’re reading again or for the first time this series. However, it isn’t great as a standalone.