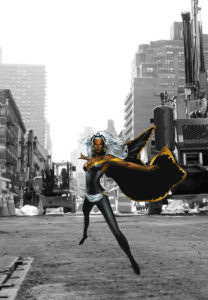 I always think of cool stuff AFTER the podcast. Andy and I did a podcast about a year ago and discussed how to make Storm a street level character. I didn’t have my thoughts together, but now I do.

First of all, if there was a Storm solo, I would prefer the Storm title have NOTHING to do with going back to Africa. Let me explain why.

I feel the Africa thing has been done a MILLION times with Storm. She has gone back to explore her roots and fight the villain of the week in Africa so many times. Whether it’s Candra, Shadow King, or anything in Black Panther; it all just feels the same. I also don’t think that people would go out and purchase a series about Storm learning her magical roots in Africa. I would but I don’t think the rest of the comic book population would. For that matter, I’d buy a book with Storm watching paint dry but I digress. 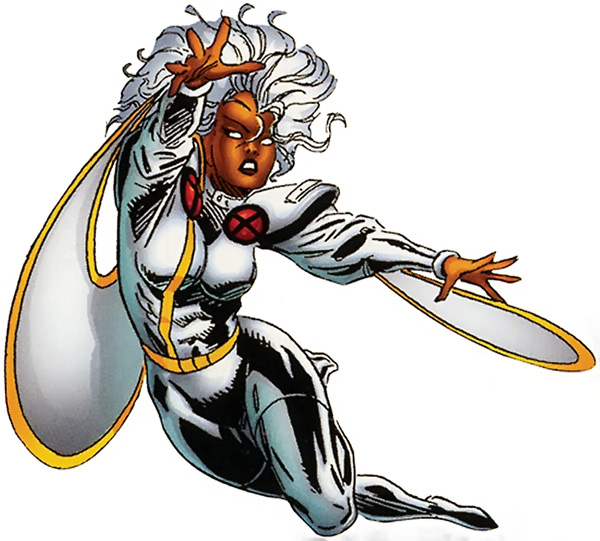 Andy told me he really is into the street level heroes and those are the books he prefers the most (Marvel Knights, Daredevil, Hawkeye, etc.). The first thing that defined Storm was being a thief. How about Storm using her pickpocketing knowledge and thievery to explore various issues in the Marvel Universe. Whether that would be hunting down clues in New York City, or heading to Madripoor acting as a detective for mutant rights. I think it would make Storm more relateable. We always hear about Storm being so powerful that people can’t relate to her and she’s standoffish. Well, when you’re solving crimes and doing investigations, you can’t really use your weather powers. Now if she uncovers a major villain behind the scenes of an investigation or runs into a bad guy while solving a conspiracy, then she can use her powers. Otherwise, Storm has to rely solely on her wits, skills, and fighting ability.

I think that presents a good dynamic and seems to be something everyone could relate to. Could she (down the line) head to Africa to explore some of her magic past; absolutely. But to get things started, let’s not. She can have a small cast from the Jean Grey School to interact with, but not necessarily every issue. Psylocke could provide recon from the computers at the JGS and maybe Storm could work on building back her relationship with Colossus during this series. Storm could battle herself as to feeling conflicted over the duties of running the JGS, solving her own missions, and running the team back in Westchester. We could see her reflect on the death of Professor Xavier and how she continues to strive to be like him. Sometimes she fails, sometimes she succeeds.

This is how you do a Storm solo and make her street level at the same time.