Greetings and salutations Marvel 616 Politicians! It’s time for another edition of Top Ten Tuesday! In honor of Doom Week, let’s take a look at the guys and girls who tried to make things work with Victor Von Doom. Dr. Doom has been a great many things; king, emperor, god, Emperor-God-King, but one thing he’s never been very good at is playing well with others. Some have tried to forge a partnership with Dr.Doom for a number of different reasons: fear, power, money, love, mind control; the usual reasons people get together. None of these team-ups worked out in the long run, but these are the folks who had the most successful partnerships with Dr. Doom.

Terrax, Magneto, The Red Skull, the Marquis of Death

It seems like Dr. Doom has teamed up with every character in the Marvel Universe, so when it comes down to naming the top ten you have to cut out some great characters. Back in the 1970’s, Super Villain Team Up was an ongoing series that featured Dr. Doom teaming up with some of the baddest guys around. Most of these stories were fun, but his team ups with guys like Magneto and the Red Skull never amounted to much. The Terrax story during John Byrne’s FF run was great, but Terrax was more of a power source than a partner. The Marquis of Death appeared in one Doom story. He was interesting because Doom referred to him as his master, but by the story’s end it was Doom who was the master.

Wanda and Victor could have been the gypsy version of Joannie and Chachi; just a couple of kids who loved magic and wearing capes. In fact, in Avengers the Children’s Crusade they were almost married. Their love story began when the Scarlet Witch learned of her sons’ deaths. She sought out Dr. Doom to help her learn the dark magic necessary to bring them back to life. It was Dr. Doom who brought forth the life force, which possessed Wanda during her acts in Avengers Disassembled and House of M. Turns out Dr. Doom is responsible for those events just as much as she is.

Ultron and Doom have teamed up on numerous occasions. More than once, Dr. Doom was the guy who reactivated Ultron after he was shut down. With that being said, Doom is to blame for a lot of what Ultron has destroyed. As much as Wanda appeals to his magic side, Doom is fascinated by the self sustaining technology of Ultron. It makes sense for Doom and Ultron to get along because most of Dr.Doom’s best friends are robots.

The Purple Man may have been an unwilling pawn for Doom, but he is the one who gave Doom the power to take over the world. In Emperor Doom, we see the wonderful, peaceful world Victor Von Doom has created using the powers of Zebediah Kilgrave. In this world there is no war, poverty, or hunger. Emperor Doom is in charge and everyone else is happy, all thanks to the Purple Man. Dr.Doom used Purple Man’s powers better than Kilgrave ever did to that point. 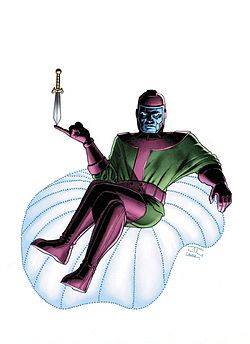 After the first adventure of Rama-Tut and Dr. Doom, Rama -Tut thought Doom was so cool that he modeled his new identity after him. He put on a mask and some green flowing robes, and called himself Kang. Kang and Doom have teamed up a few times since. Most notably during the Infinity War, they teamed up to try to steal the Magus’ power. This ultimately ended the way most team ups with Dr.Doom do: Doom betrayed Kang, took the power for himself, and was then defeated.

Dr. Doom sure loves his magic ladies. He originally traveled back in time in Iron Man #149 to learn the dark arts from Morgan Le Fay. Following that adventure, it seems he would make many trips back in time to study black magic with her over the years. Eventually they became lovers, until Morgan tried to kill him because he wouldn’t bring her a present. She wanted a gift from the future, but Dr. Doom believed that would disrupt the timeline. Since she didn’t get her way, she decided to bring an army of demons to kill him in our time. Dr. Doom was able to trap Morgan Le Fay in her own cauldron and send her back to the prehistoric era. It probably would have been easier to buy her earrings. It looks like they made up though, because he gave her Dominion over Weirdworld, on Battleworld.

Can you name two stories about Molecule Man that don’t include Dr.Doom? Probably not. Molecule Man has appeared in plenty of comics without Dr.Doom, but none that mattered. When he does team up with the not so good doctor, things start happening. These things are usually wars, and they’re usually secret. Owen Reece is one of the most powerful guys in the multiverse, but he’s very easily manipulated. Victor von Doom has taken advantage of this to give himself the power of the Beyonder on a couple of occasions. A guy who can give you omnipotence is a pretty good partner to have.

Rich, powerful, egotistical, genius level intellect,wears a suit of armor; just a few things Tony and Victor have in common. Doom and Iron Man usually start their adventures on opposite sides, but they inevitably have to use the combined powers of their armors or their intellects to get out of whatever situations they are in. These two have teamed up so often, they even had their own limited series. Iron Man:Legacy of Doom revisited the Camelot story from Iron Man #149-150. Even now in the post Secret Wars Marvel 616, the shiny new Victor von Doom has teamed up with Iron man in his first adventure in this all-new all-different universe. 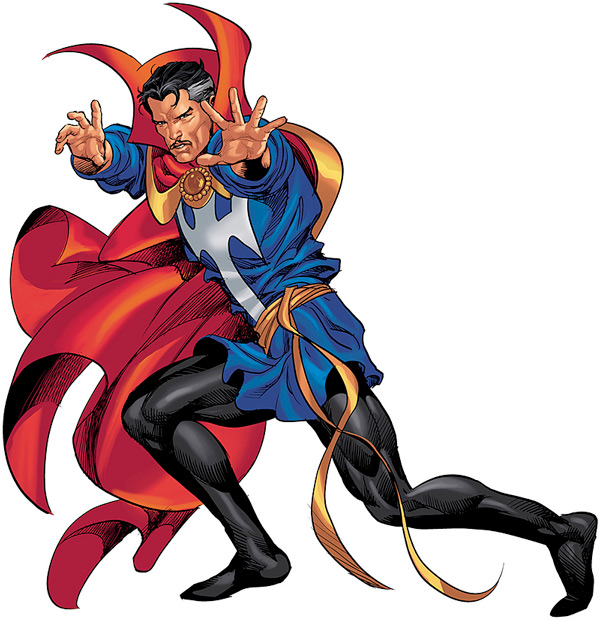 Like most of the people on this list, Strange and Doom have been rivals as often as teammates. Dr. Strange holds the title of Sorcerer Supreme, whil Dr. Doom was the runner up. Together they have traveled to the depths of hell and created new worlds. They have a mutual respect and distrust for one another. Just as Reed Richards is his chief scientific rival, Dr.Strange is the only man comparable in mystical abilities. The difference is Dr. Strange didn’t blow up Victor’s face, so he doesn’t hate him quite as much.

As early as Dr. Doom’s second appearance in FF#6, Doom and Namor were teaming up. It’s an alliance that makes sense for so many reasons. The deal is always the same: Doom gets the land Namor gets the sea as they are two kings who love themselves and hate everyone else. Doom has probably teamed up with Namor as much as anyone else, even allowing Atlantean refugees into Latveria when Atlantis was under attack. The only problem is that more often than not Dr. Doom ends up betraying Namor in some way or another. Imperius Rex! 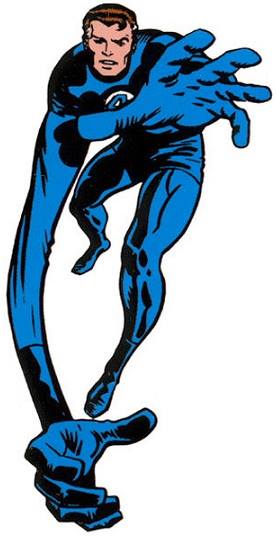 Reed Richards is his greatest enemy! How can he be number 1 on this list? It’s exactly because he’s his greatest enemy that he is also his greatest partner; that’s how Dr. Doom works. If it wasn’t for Dr. Doom’s legendary pride and arrogance he would probably call Reed Richards his friend. Not to get all Dr. Phil on you, but the reason Doom hates Reed so much is because he feels threatened by someone who is smarter than him. The closest thing Dr. Doom has to a family is the Fantastic Four. He delivered, named, and is a second father to their daughter Valeria. He’s even been a member of the Future Foundation. Maybe he does all of this as part of a larger plan to defeat the Fantastic Four, but maybe he also likes being a part of the family.

For a guy who doesn’t need help from anyone he’s sure had a lot of team ups. Luckily for the world none of them have ended with him achieving his ultimate goal of world domination – at least not permanently anyway. 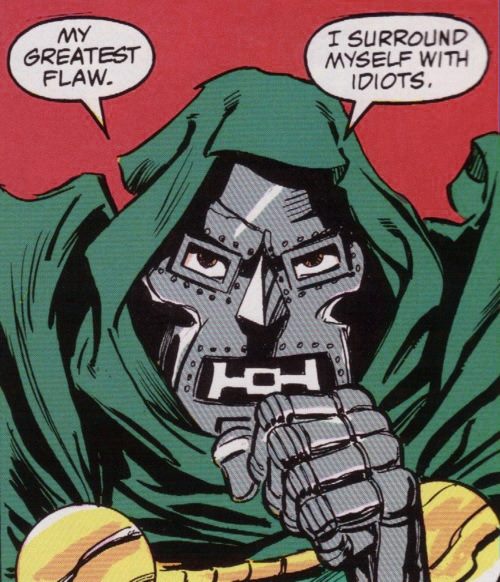