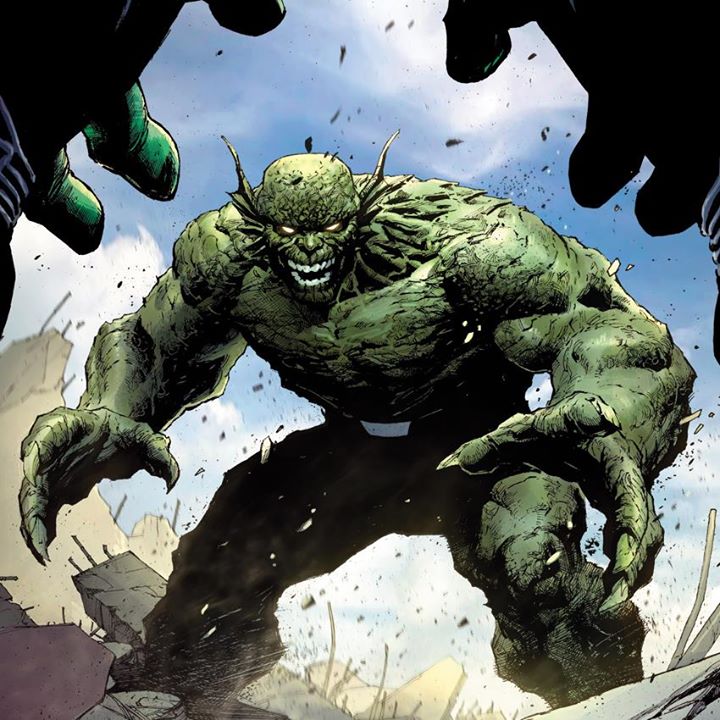 The antithesis of the Hulk, The Abomination was always considered just as strong, but several years ago this was disproven. As of issue two of the latest series what we considered about this character was again called into question. If you haven’t read the latest few issued of the Hulk (the series BEFORE All-New, All Different Marvel), and you don’t want spoilers, go away.

Several years ago when the Rulk was first introduced, it was surrounding a murder mystery. The bloodied and very dead corpse of the Abomination was found filled with bullets. It was believed by the trauma associated with the body that the Hulk had beat the snot out of Abomination and then shot him several times with a Hulk-sized gun. During the course of the investigation it turned out that everyone was a Hulk, and it was the Red Hulk (General Ross as a Hulk) who in fact had murdered Abomination. 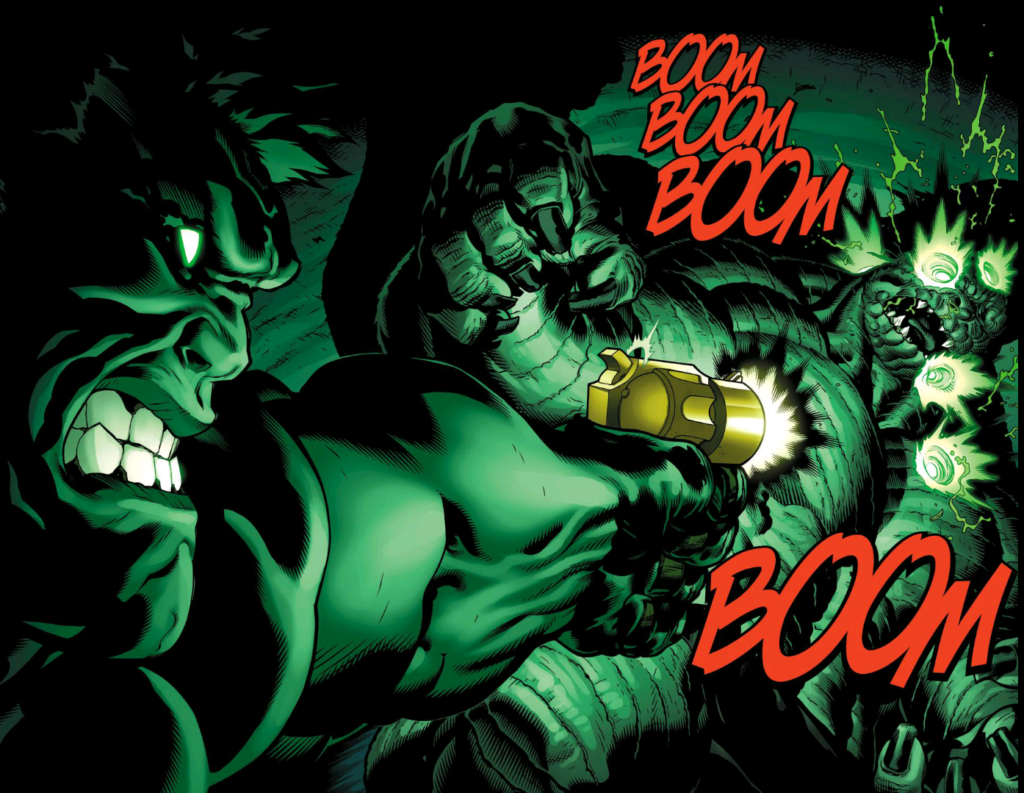 Abomination was dead, but no one really cared because everyone got Hulk powers and we all stopped reading that series.

Then Jason Aaron happened and we still didn’t read.

Then Mark Waid came along and a few more people started reading.

With the next to most recent volume of the Hulk, issue two resurrected Abomination. It turns out that Bruce Banner was shot with precision skill twice in the back of the head. While unconscious and not the Hulk, the DNA of Banner was taken. It was then used in large vats which had the chunks of Abomination floating in them. The pieces of Abomination reformed and he went after the Hulk.

It turns out The Ancient Order of the Shield was responsible for his resurrection. After another battle and defeat by the Hulk, Iron Man teleported Abomination somewhere near Jupiter. He’ll be back.