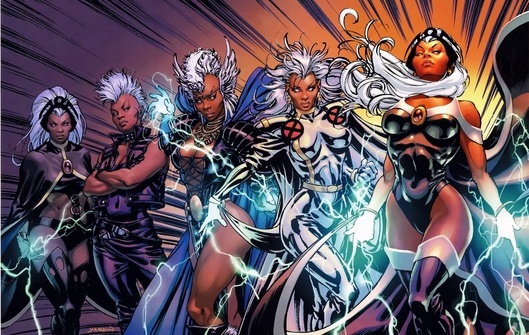 I’ve loved Storm since I first saw her. It was October 31, 1992. I had seen commercials for this new show called “X-Men” and I was excited to watch. There was a girl in a trench coat playing videos games. There was a giant purple and pink robot. Then I saw her; a white haired woman in a red jacket. She looked so exotic – who could this be? She made a speech and then lightning shot out of her fingers and turned her plain clothes into a costume with a huge white cape! She threw lighting at the purple and pink robot, then captured the girl in the trench coat. That was it; I was finished. I had fallen in love.This was woman Storm, mistress of the elements! After watching the tv show, I had to know more! I started to pick up comics and had to learn everything about this woman named Ororo Munore. Enter trading cards, action figures, posters, and more – I was hooked! As my collection grew, I started to learn this woman had been around for years! She even had other costumes (as I learned when I picked up my first Storm action figure at Toys R Us – 40 minutes away from my house!).

Let’s take a look at MY Top 10 Storm costumes! 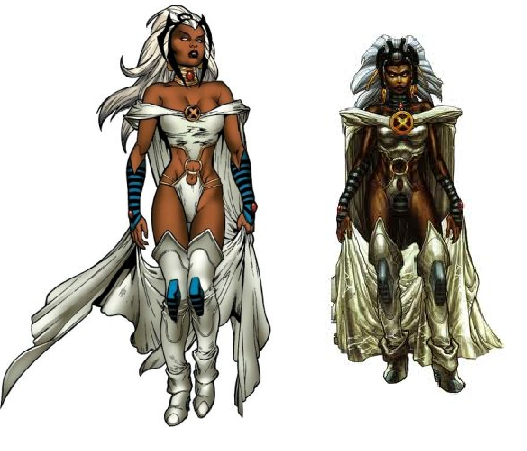 This costume had some potential but only appeared in a handful of issues. It seemed like Marvel wanted to make this costume switch for Ororo, but it was too complicated to maintain from artist to artist. This costume disappeared quickly but remembered well.

This is a fan favorite, but not mine. I never liked the punk look on Storm. Storm is such a regal and grand character so this always struck me as the opposite. Though when explained, Chris Claremont said he was looking for a DRASTIC departure and shake up with Storm; he accomplished that with this costume change.

Storm can work the training uniform. On some like Gambit, Jubilee, and Psylocke – this outfit just look generic. However, Storm is able to still stand tall and proud – looking in charge. Maybe it’s the hair? 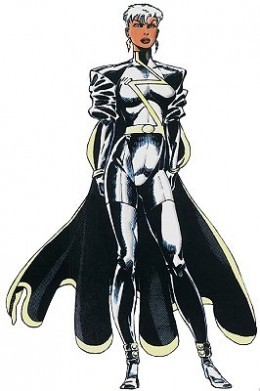 The problem with this costume is that it’s a little too “Ms. Marvel” for my taste. Why the lightning bolt down the middle? As with the training uniform, this costume covers Storm from head to toe – not something that necessarily fits Storm’s personality. It did eventually morph into another costume further down the list. 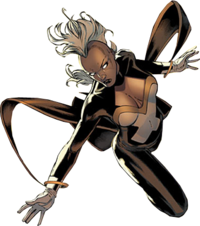 This costume was a surprise when it debuted. Storm had been wearing the same costume for about 12 years. All of a sudden Wolverine shaves her head and she joins X-Force; a radical departure from the Storm we had seen for so long. The costume looks like more of a uniform in fitting in with Psylocke, Spiral, and Puck (of Uncanny X-Force) but also hearkens back to the 90’s with her open cape. 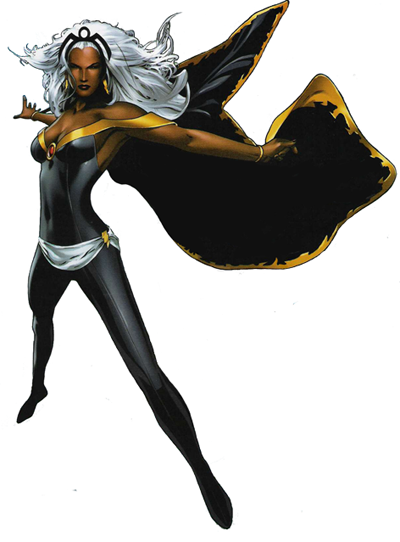 Alan Davis designed this costume which Storm wore for longer than any other costume since her creation. It did go through a variety of changes though. At one time it was a one piece bathing suit with thigh high boots. At other times, it was accentuated with silver instead of gold. It even appeared blue or purple for some issues. The cape originally was more tattered on the edges.

When Storm decided to take a team of X-Men and search for Destiny’s Diaries, she upgraded her costume. This was a big change because Storm has typically worn black, grey, and white. For this costume, Storm broke out the color with yellow, blue, and red! It was a great ‘fresh’ new look for Storm. She did bring back the yellow bolt on the front, but also added a head piece. It only last around 25 issues, but many Storm fans call this as their favorite. 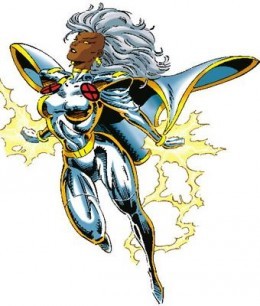 This is the Storm that was first introduced to me from the animated series. This is classic Storm to me. The costume takes the Jim Lee design, gets rid of the lightning bolt, adds some yellow and red X’s, along with flowy cape that makes me think of her original costume. Big shoulder pads and all, many look at this as ‘their’ definitive Storm. 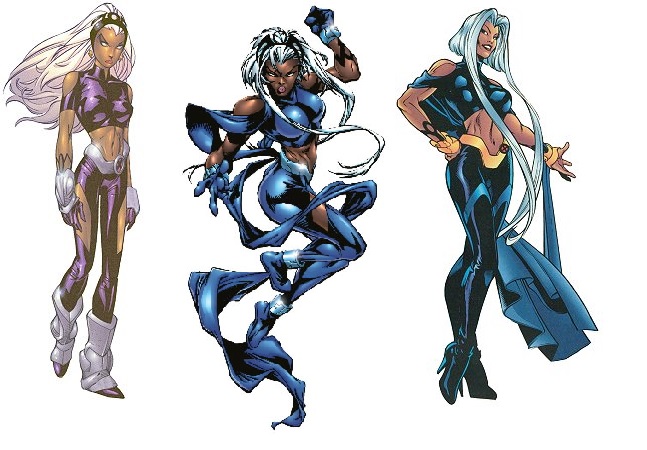 After Age of Apocalypse and right before Onslaught, Storm had a massive costume change. Her hair had been partially cut after a fatal battle with Marrow and she had just survived a battle in another dimension with Mikhail and Gene Nation. She returned to the X-Mansion, grabbed some scissors and finished the job Marrow had started. Marvel took a gamble in letting Joe Madureira redesign this costume with lots of anime and manga influence. Like the Alan Davis costume, this one also appeared in blue or purple, and was accentuated with silver or gold. She brought back her tiara too! 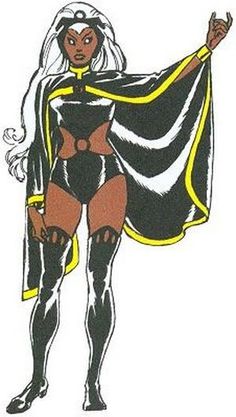 Does it get any better than the original? This costume is classic, iconic Storm. Her costume isn’t overly sexy, while still showing she’s a woman. A simple black bathing suit covers a lot, but still lets Storm be ‘free.’ The iconic cape and thigh high boots have been seen on a variety of Storm uniforms since this first appeared.