What this list is definitely not about are the power couples in the Marvel Universe (although some make the list). As most serials in many ways reflect romantic relationships about as well as soap operas, it is difficult to define those as much more than just attraction or lust; that is not what this list is about. It is also not about abstract love, as in someone’s love of power or money.

Maybe you’ll agree with this list. There is a real chance you won’t. I love you either way. 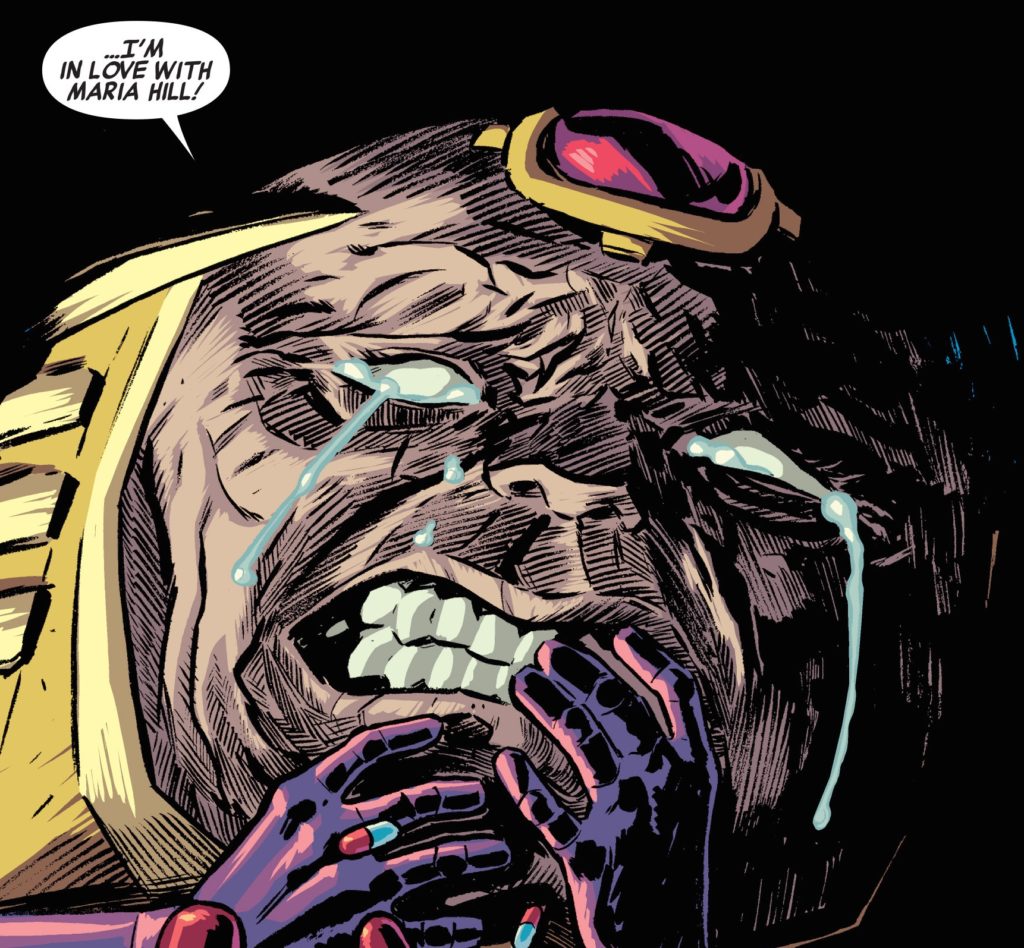 Doctor Doom and Himself – According to Whitney Houston, maybe this is the greatest love of all.

Billy Kaplan and Teddy Altman – They’re still kids. What do they know about love? 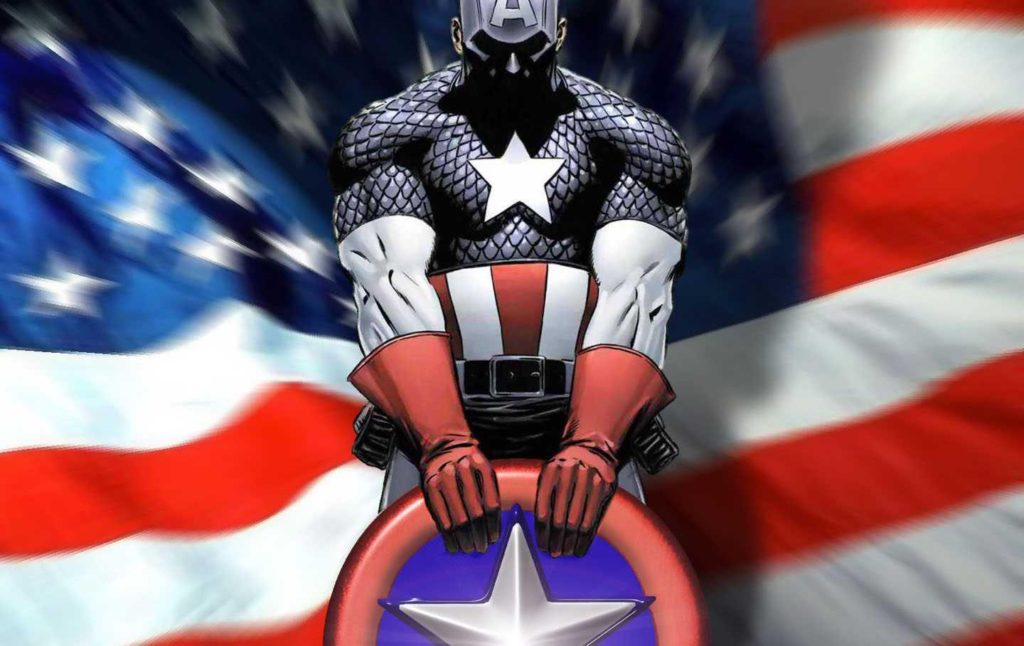 I know some of you are thinking, “Didn’t you say no abstracts?” Well, I’m talking about this as an abstract. America is a nation, and as such Captain America loves it (regardless of what recent events in comics may lead you to believe). Captain America quite often takes issue with politicians or with particular rules and laws, but that is because he thinks those infringe and hinder the freedoms which make this nation great. 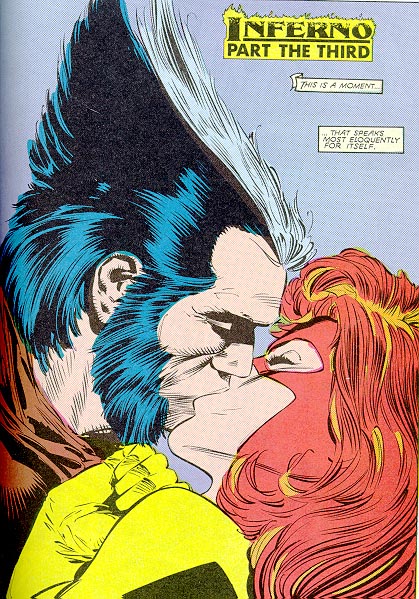 Some are probably wondering why Wolverine is being placed with Jean and not Scott. Well, for starters, Scott appeared to only really be interested in Jean until someone more attractive came along, and he ended up dropping her fairly quickly (still a slightly controversial part of Grant Morrison’s X-Men run). Wolverine has always loved Jean, most of the time from far away. Although in the Age of Apocalypse series these two were even together as a power couple. Wolverine’s love for Jean may be stronger than her love towards him, at least as far as we’ve seen, given that he made the difficult choice of putting her out of her misery before Asteroid M crashed into the Sun, and then killing Magneto (not actually Magneto thanks to a horrible retcon later) in retaliation for her death (not Wolverine stabbing her to death, but Magneto killing her after she brought them both back to life… comics are confusing). 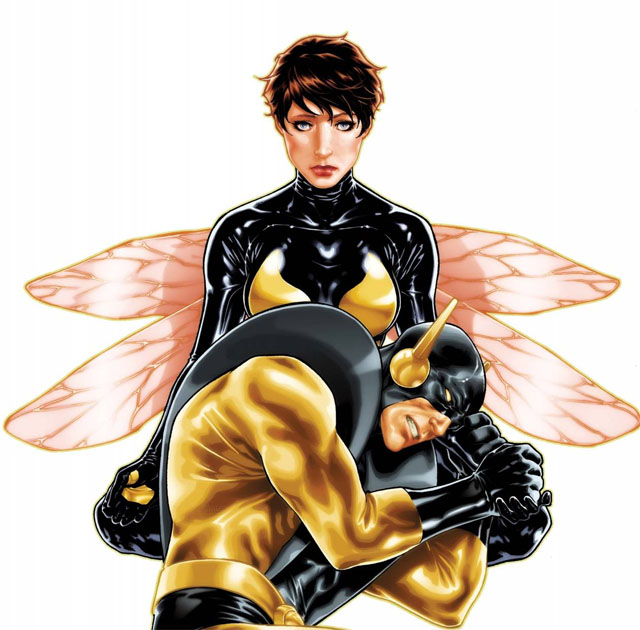 This choice might possibly be one of the more controversial picks for this list given Hank physically and psychologically abused Janet. While this seems like an unforgivable act to most of us, and it did end their marriage, Janet has actually found it in herself to forgive him. Within the past twenty years or so, she’s said she stills love him. She doesn’t trust him, and she won’t forget what he’s done, but a part of her will always love him. 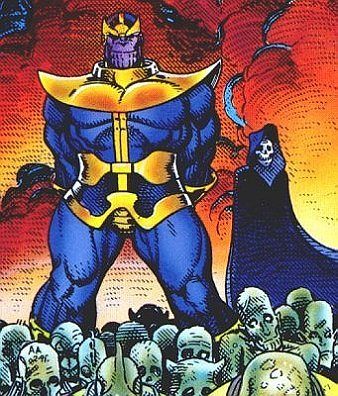 A bit of a one-sided set of emotions, until recently this was the key motivation for the majority of Thanos’ actions. He once killed half the universe off using the Infinity Gauntlet just to show her how much he cared. Death even killed off Spider-Man in one issue to show her love. Death is a fickle mistress though, and always seems apathetic towards his displays of affection. 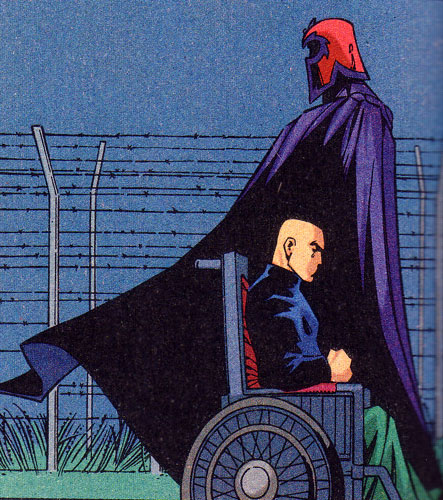 There is a quote in the book Ender’s Game (also made into a comic by Marvel) where the main character explains, “In the moment when I truly understand my enemy, understand him well enough to defeat him, then in that very moment I also love him. I think it’s impossible to really understand somebody, what they want, what they believe, and not love them the way they love themselves. And then, in that very moment when I love them… I destroy them.” While that may be true for many relationships in the Marvel universe (maybe Doctor Doom and Reed Richards are the closest) that quote in many ways sums up the relationship and conflict between these two old friends the best. 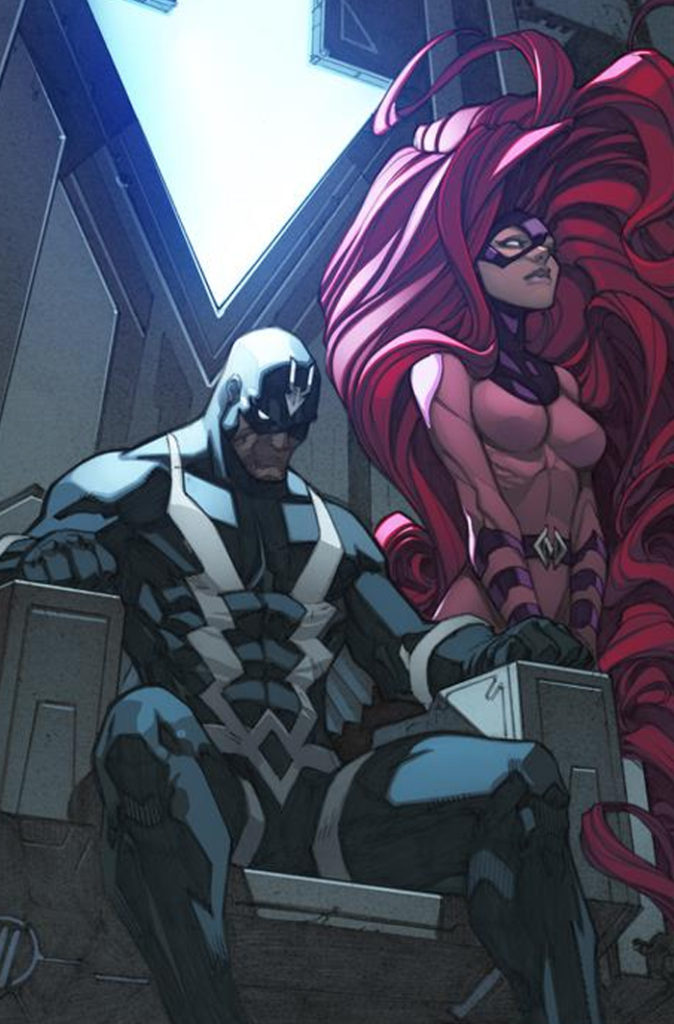 It is difficult to say “love” plays the part in a relationship built on royal rule, but current events in Marvel Comics seem to have separated this power couple. They knew each other on such an intimate level that Medusa was able to interpret his slightest expression to give him a voice. How could two know each other that well and not love each other in some grander way than most will ever know? 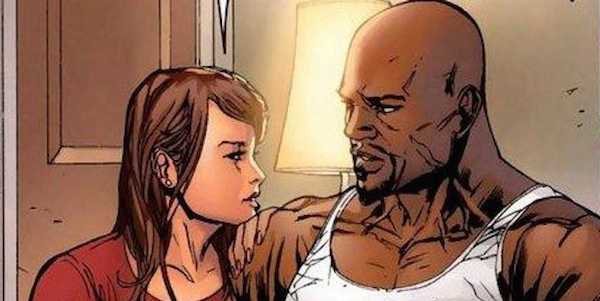 One of the more underrated aspects of the Civil War story was the New Avengers tie-ins which dealt with this relationship. Even as individuals who bitterly disagreed over whether it was more noble to fight with fellow heroes or do what is best for your child, these two both obviously loved each other and were hurt that they knew they were too stubborn to relent. It eventually worked out for them, even to the point where at the end of Bendis’ run on the Avengers it looked as though Luke Cage was done with heroics for good. Sadly the Mighty Avengers ignored that part of history. Currently in continuity it looks like maybe these two are finally settling down and focusing on their family.

Everything Peter Parker does is because of his Uncle Ben. His entire life is acted out as a memorial to his Uncle. While I have no doubt that Peter loves his Aunt as well, his love for his Uncle is the motivation for his entire being. The failure towards his Uncle changed him from a selfish boy into a heroic man.

2 – Frank Castle and His Family 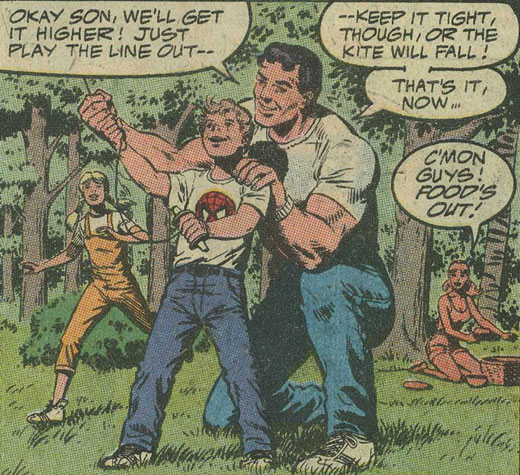 This is probably going to raise some eyebrows, but this is entirely based on my Punisher theory. First, I don’t believe Punisher murders people in a philosophical sense. He doesn’t kill people because he hates them. That is murder. He kills people because he loved his family. He doesn’t want others to lose the love that he has lost. His entire mission is based on love. I’m sure to many this is an insane idea, and to that I’ll say, I don’t think the Punisher is a mentally healthy character, I just think he does what he does out of love. He is far too cold and calculating to be acting on hate. He is merely protecting others’ loved ones the way his loved ones weren’t protected. 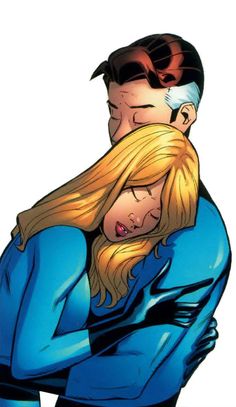 The anchor in this relationship is Susan Storm. If it wasn’t for her true and unvarying love, I doubt any relationship with Reed Richards would’ve lasted. He’s a particular man, as are most geniuses, and while I have no doubt that he loves his family very much, his analytical mind regularly gets the better of him. Many women would not put up with such shenanigans. They’re the first power couple in Marvel Comics and I have a feeling, no matter what, they’re going to be the last. The writer that breaks them apart is truly out any good ideas.