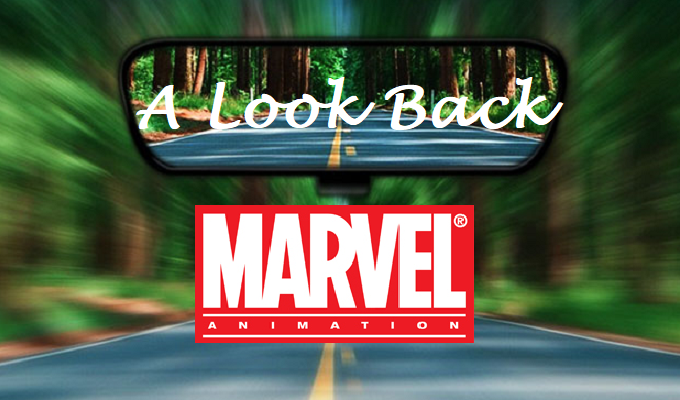 A Look Back – Silver Surfer Episode #1

The episode opens with narration about the cosmic corner of the Marvel Universe.  We see all sorts of Easter Eggs very reminiscent of X-Men TAS, showing off all sorts of races such as Kree, Skrulls, Flora Colossus, and a slew of other races for the benefit of the life long Marvel fans.  The voices of the characters are familiar as Kree and Skrull leaders are voiced by X-Men TAS characters like Magneto and Cable.  We meet Norrin Radd who looks an awful lot like Professor X when it comes to the animation.  Actually a lot of this episode was a lot like X-Men TAS.  Was this supposed to be all connected?  Was this the MCU before there was an MCU?  (It was all connected! – Brilliant Editor Jarid) Unfortunately I didn’t watch much of the Marvel Animated shows short of Spidey and X-Men so only time will tell!  The narrator is the Watcher Uatu too and now I’m intrigued!

As with all adaptions there is always a little bit of creative freedom but I’ve gotta hand it to the writers, this was pretty darn close to perfect. As we are introduced to our characters the writers do a great job of explaining that Norrin Radd is a peaceful man and his planet Zenn La is dedicated to spreading peace everywhere.  He and his people, including his love Shalla-Bal are on a diplomatic mission to bring peace to even the worst of enemies such as the Kree and Skrulls.  Eventually we are introduced to Galactus.  As a super fan of Silver Surfer by default I’m automatically a super fan of Galactus as well.  Galactus has never had this kind of on screen treatment.  The show teaches us that Galactus is not good or evil, he just survives.  He doesn’t care about what destruction and death come from his actions because he does not have feelings about anything.  Throughout the first episode we are very exposed to how little the rest of the galaxy is aware of Galactus but Uatu explains that he eats planets to survive.  He drains each planet of all resources until the planet is no more and then moves on to a new planet.  I won’t give a break down of each and every episode like this one but it is quintessential to understand these characters as Galactus and Silver Surfer are likely our main characters moving forward, depending on which volumes of Surfer the writers utilize.

Galactus arrives to feed on Norrin’s planet and all is lost.  The Kree and the Skrulls agree to team up to stop Galactus once and for all.  Galactus pulls down a lever and wipes them both from existence.  Norrin offers himself as a sacrifice in exchange for Zenn La and his people to be spared.  Norrin thinks he can do more good helping Galactus as he can prevent Galactus from draining planets with life.  Therefore saving trillions of people and saving his people and the woman he loves. Galactus accepts the offer purely based on laziness.  Seriously, Norrin basically says “What if you could just sit here kick it and I will find planets for you”  and Galactus replies “I do tire of looking for planets”.  The twist at the end is that Galactus creates him as his new herald.  He wipes Radd’s mind and gives him a mind only to serve.  He imbues Galactic powers beyond imagination and gives him a board that can travel faster than the speed of light.  Norrin will no longer need to eat, sleep, or possess any human function.  Norrin Radd is no more.

Final Thoughts: Uh why didn’t I watch this thing forever ago???  That was awesome!    If you are a fan of the Silver Surfer you will definitely love this show! You’ll at least enjoy the first episode, as that’s all I have seen so far.  Great idea Jarid and I’m looking forward to the rest of the series! (Man, that Jarid is an awesome guy! – Editor Jarid)